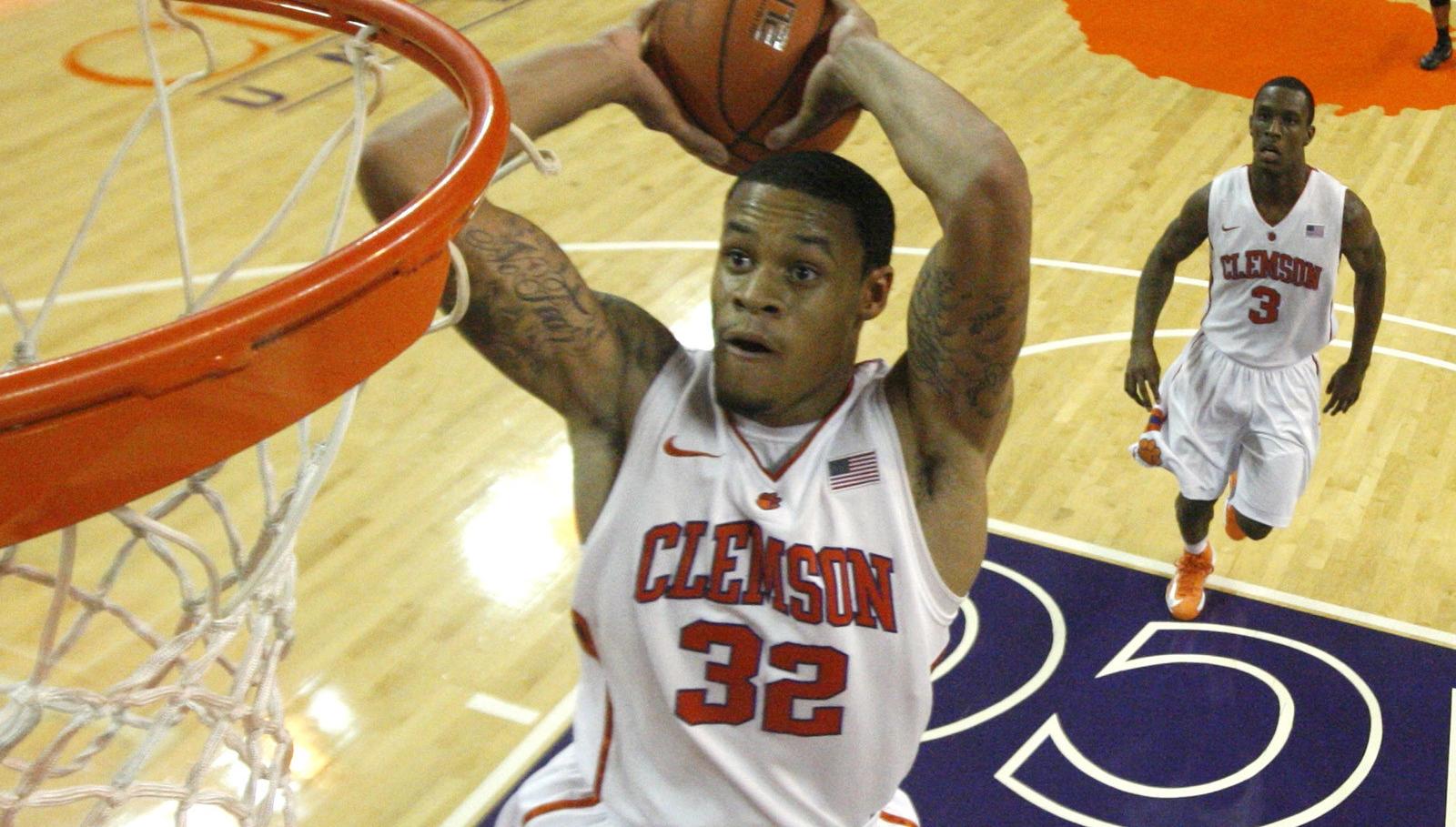 CLEMSON, SC – Clemson held its second straight ACC opponent to 44 points in a 60-44 victory over Wake Forest on Tuesday at Littlejohn Coliseum. The Tigers held the Demon Deacons to 24.6 percent shooting, the second lowest field goal percentage by an ACC opponent against Clemson. Ironically enough, the lowest percentage against the Tigers by a league opponent was also by Wake Forest, who shot just 20 percent in a game in Winston-Salem on Jan. 4, 1964.The win improved Brad Brownell‘s team to 10-6 on the season and 2-2 in the ACC. Wake fell to 9-7 overall, also 2-2 in conference play. Clemson is now 19-1 in Brownell’s tenure when holding the opposition to 50 points or less.K.J. McDaniels led Clemson in a number of statistical areas. The 6-foot-6 sophomore scored a game-high 14 points and grabbed a career-best nine rebounds. He also had seven blocked shots, another career-high, in an outstanding all-around performance. His seven blocks were the most by a Tiger since Jerai Grant had eight versus East Carolina in 2010.Devin Booker added 12 points and eight rebounds, while Adonis Filer scored 13 off the bench. Rod Hall had seven of Clemson’s 10 assists and tied a career-high with 39 minutes played, while Jordan Roper returned after missing one game to go 3-for-4 from three-point range.Clemson shot 44.9 percent for the game, including 54.5 percent in the opening 20 minutes of play. The Tigers were outrebounded 42-36, but forced the Deacs into a 3-to-11 assist-to-turnover ratio. Clemson was 6-of-14 from three and 10-of-14 at the foul line.The Tigers did not take their first lead of the game until the 13:45 mark of the first half on a Milton Jennings layup. Jennings played just 21 minutes due to foul trouble. After Wake’s C.J. Harris made it 11-9 on a deep three from the top, Clemson put together a 6-0 run after three-point plays by Filer and Hall. After Wake scored to pull within two at 15-13, Clemson responded with a 9-0 run punctuated by a Roper three and Booker layup on a high-low entry pass. The Tigers led 31-21 at the break and are now 10-1 on the season when leading at halftime.Clemson scored the first seven points of the second half, five alone by McDaniels. The lead never dipped below 12 the remainder of the contest. It ballooned to 18 with 3:03 left in the game after Roper’s final three made it 56-38 in favor of the orange and white.Travis McKie led Wake Forest with 12 points and a game-high 11 rebounds, while Harris added 11. Wake Forest won second chance points by a 17-6 margin, but Clemson won the other four specialty stat areas, including bench scoring with a 22-9 figure.The Tigers return to action on Sunday, Jan. 20 at NC State. The game will be ESPNU’s featured Sunday Night Hoops contest and will tip off at 6:00 PM at PNC Arena.