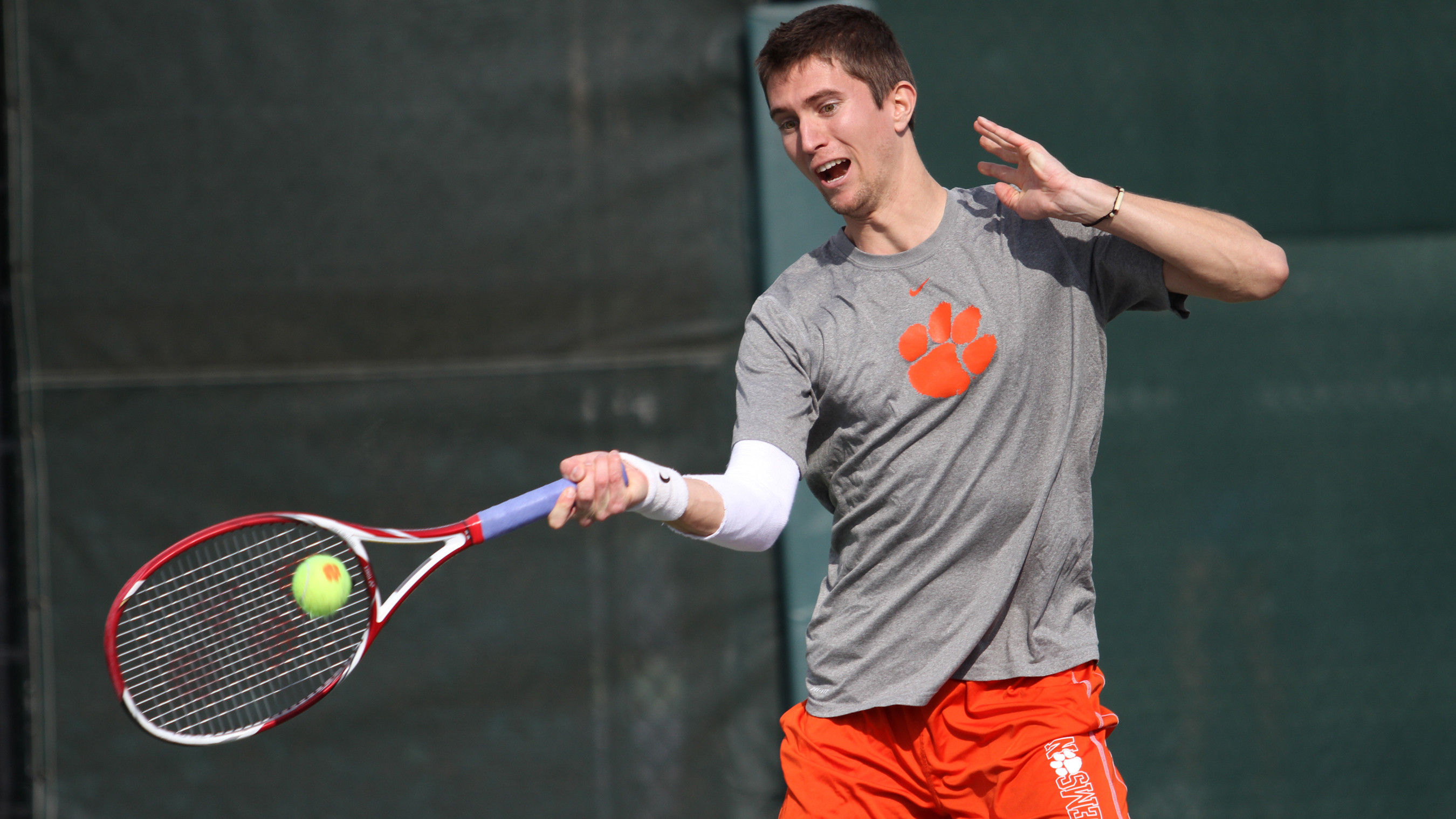 CLEMSON, SC – #20 Clemson defeated William & Mary 4-0 in a men’s intercollegiate tennis match at Clemson, SC Tuesday evening.  The match was played indoors due to inclement weather.With the win, Clemson improves 10-2 on the year, while William & Mary falls to 6-7 this season.  The Tigers are ranked 20th nationally according to the latest Intercollegiate Association (ITA) poll.After Clemson won the doubles point, the Tigers’ Yannick Maden won over Anton Andersson of William & Mary 6-2, 7-5 at number-one singles.  Maden is ranked 57th nationally in the singles poll.  He now has a 16-4 record in singles action this season.Clemson took a 3-0 advantage when Hunter Harrington defeated Andrian Vodislav 7-6, 6-1 at number-two singles.  Harrington is now 11-5 overall in singles this season.The Tigers clinched the match 4-0 when Ayrton Wibowo defeated John Banks of William  & Mary at number-four singles 6-7, 6-3, 6-4.”I was proud of the team and the way they responded,” said Clemson Head Coach Chuck McCuen.  “We had a great practice yesterday after a tough loss on Sunday, and our routine of working hard helped us prepare for a very good William & Mary team.  This team always looks to do the next, right thing.  I am very proud of this team and their work ethic along with their attitude.  They have already starting thinking about practice tomorrow and the next match.”I want to credit Ayrton Wibowo.  Although he may not have played his best match today, he competed hard,” said McCuen.  “Our team expects each member to compete hard all of the time, especially when they are not playing their best tennis.  We are still growing and maturing as a team.  We still have a lot of tennis to play this year and we are excited about the progress this team has made and will continue to make,” said McCuen.Clemson will play host to UNC-Wilmington on Saturday in the Tigers’ next action.  Match time is set for 12:00 p.m. at the Hoke Sloan Tennis Center on the Tiger campus.Clemson 4, William & Mary 0Singles1. Yannick Maden (CU) d. Anton Andersson (W&M) 6-2, 7-52. Hunter Harrington (CU) d. Andrian Vodislav (W&M) 7-6, 6-13. Gerardo Meza (CU) vs. Ben Hoogland (W&M) unfinished4. Ayrton Wibowo (CU) d. John Banks (W&M) 6-7, 6-3, 6-45. Zachary Rigsby (CU) vs. Scott Huang (W&M) unfinished6. Austin Ansari (CU) vs. Matt Waddell (W&M) unfinishedOrder of Finish:  1, 2, 4Doubles1. Y. Maden/Rigsby (CU) d. Andersson/Aaron Chaffee (W&M) 8-42. Wibowo/Ansari (CU) d. Banks/Huang (W&M) 8-33. Harrington/Meza (CU) vs. Vodislav/Hoogland (W&M) unfinishedOrder of Finish:  1, 2