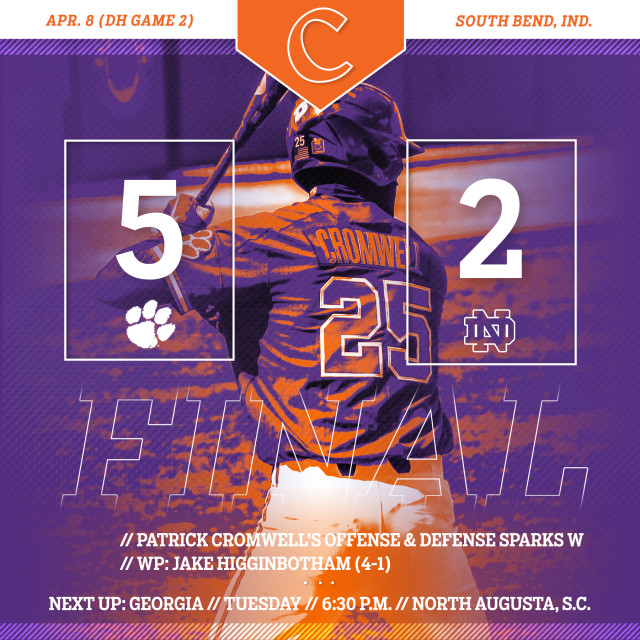 NOTRE DAME, IND. – Jake Higginbotham, Travis Marr and Ryley Gilliam combined to pitch No. 6 Clemson to a 5-2 victory over Notre Dame in the second game of a doubleheader at Frank Eck Stadium on Sunday afternoon. The Tigers, who swept the doubleheader and won the series 2-1, improved to 25-7 overall and 10-5 in the ACC. The Fighting Irish dropped to 13-18 overall and 5-10 in ACC play.

The Tigers travel to North Augusta, S.C., to take on Georgia on Tuesday at 6:30 p.m. Clemson is the designated home team in the inaugural game at SRP Park.