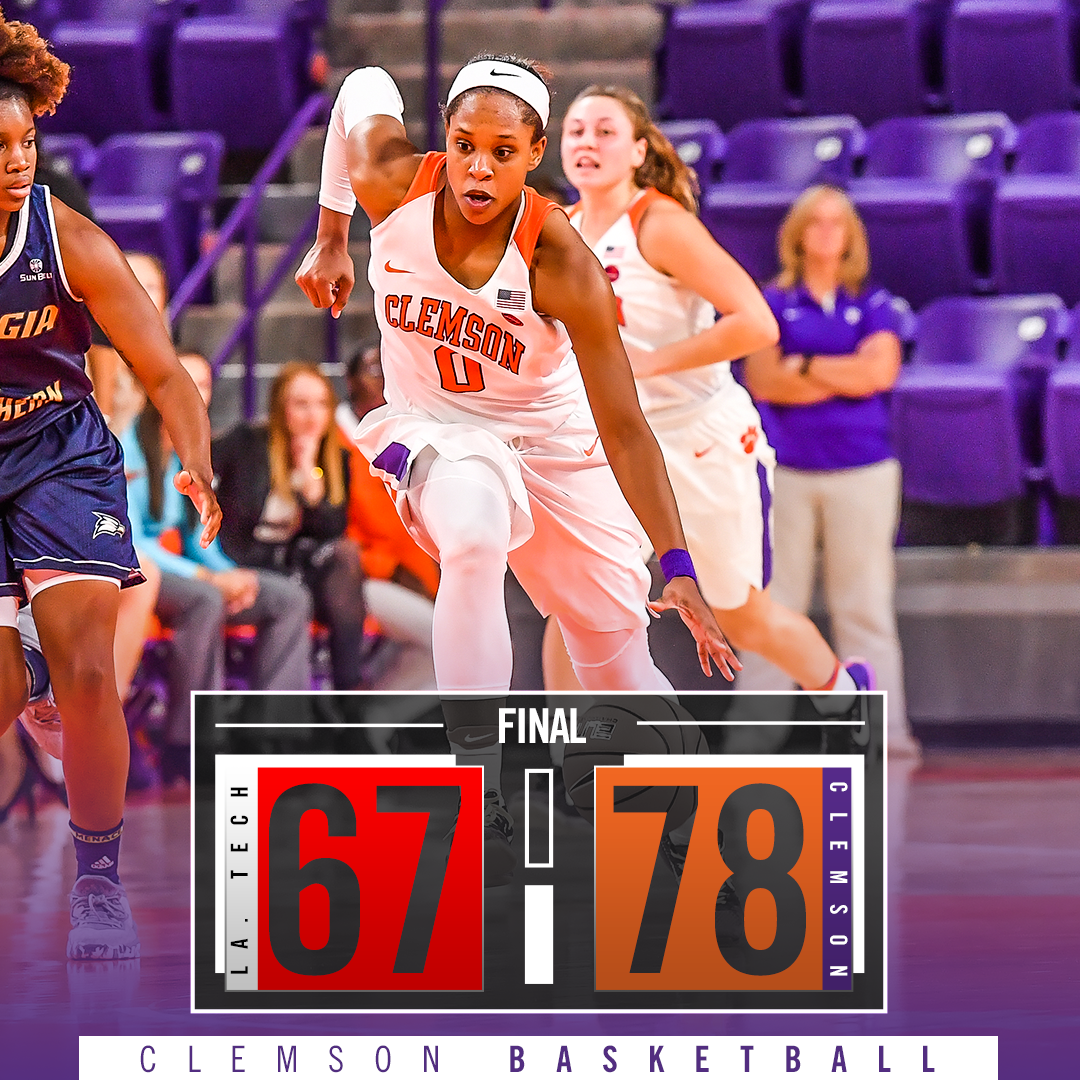 CLEMSON, S.C. – Nelly Perry’s season-high 23 points and career-best eight assists helped lift the Clemson women’s basketball team to a 78-67 overtime victory over Louisiana Tech on Tuesday night at Littlejohn Coliseum. With the win, the Tigers improve to 5-0 for the first time under Head Coach Audra Smith, and the first time since the 1998-99 season. The Lady Techsters fell to 1-2 with the loss.

After a slow start offensively, the Tigers shot 47.1% in the second quarter, led by Perry’s 11 points and four-for-five shooting performance for the quarter. Clemson led 48-44 at the end of the third quarter, but the Lady Techsters fought back, shooting 50% in the fourth quarter to tie the game at 59 all, forcing overtime.

In overtime, junior Alexis Carter scored five points, and she and sophomore Danielle Edwards combined to go 6-for-8 from the free throw line to solidify the victory. Perry picked up three of her eight assists in the extra period.

For the game, Perry’s 23 points came on an 8-for-13 shooting performance, which included 4-for-8 from three-point range. Sophomore Aliyah Collier recorded her first double-double of the season, posting 18 points and 10 rebounds, and was 6-for-11 from the floor. Freshman Kobi Thornton, who was named ACC Rookie of the Week on Nov. 21 for her performance in two wins last week, continued her solid play, adding 10 points and five rebounds to the Tiger cause. Edwards added eight points and picked up four steals to bring her season total to 20 for a 4.0 steals per game average.

Clemson heads to Daytona Beach, Fla. for the San Juan Shootout (moved from its original location of San Juan, P.R. due to concerns with the Zika virus.) The Tigers face Loyola-Chicago on Nov. 24 at 1:15 p.m. and Wright State on Nov. 25 at 11 a.m. in Daytona Beach.