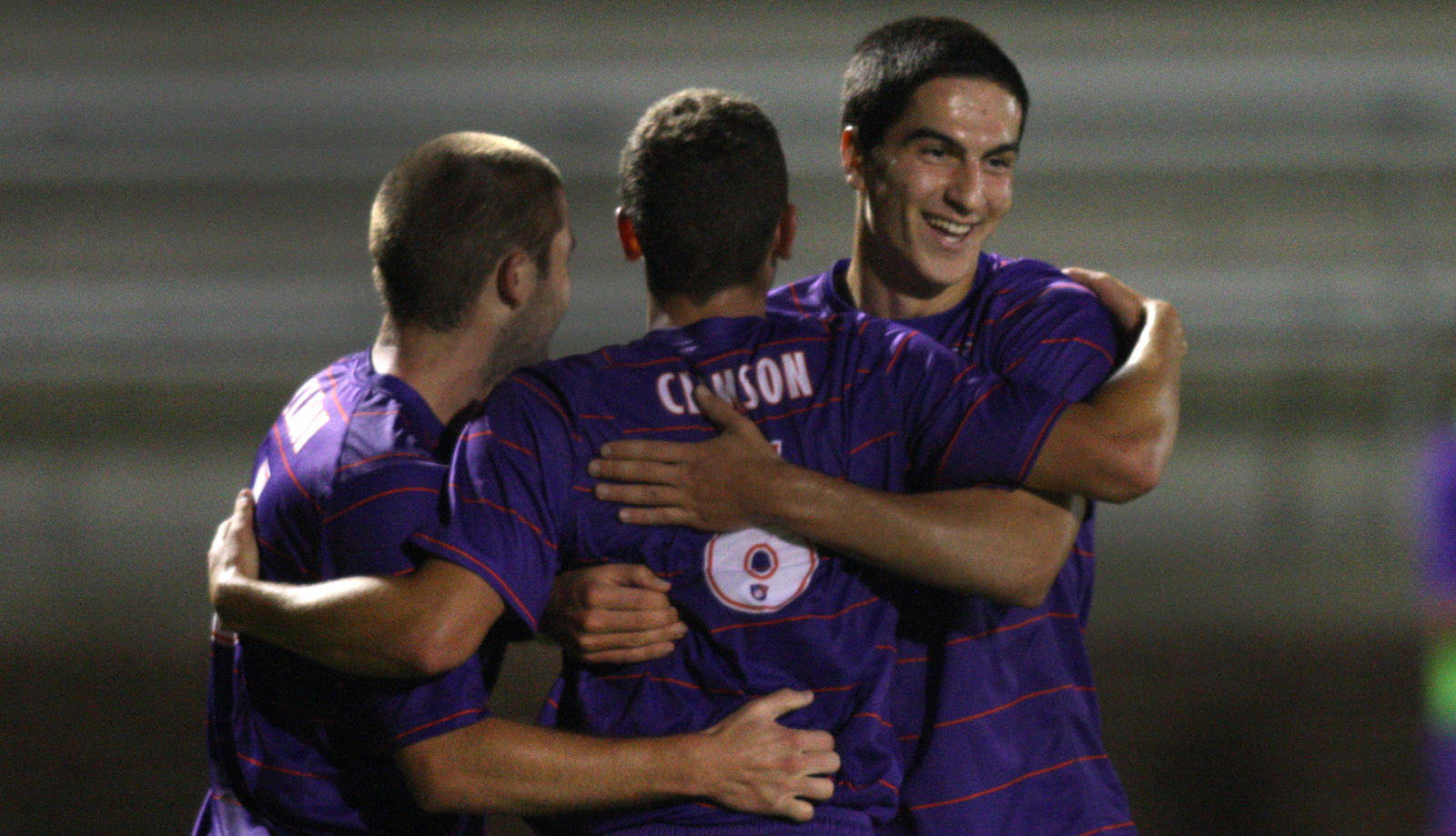 Savage’s (Summerville, SC) three goals was the first hat trick by a Clemson player since October 3, 2008, when Michael Brooks scored four goals against fourth-ranked Maryland in the Tigers’ 5-3 victory.  All three goals were in the first half.  Brooks’ goals were all in the second half.“More than anything, I am happy for the team that we got the win,” said Savage who is a senior on the Clemson squad.  “We can gain confidence with this win and a lot of people got to play tonight.  It feels great to be able to score, but I give the credit to my teammates who created and assisted on my goals,” said Savage.A total of seven different players for Clemson had assists in tonight’s match.  Besides Savage and Amirkhanian, Paul Clowes, Alex Stockinger, Manolo Sanchez, Amadou Dia, and Bo Godwin had assists in the contest.“I am happy with the way we came out and started the match,” said Clemson Head Coach Mike Noonan.   We came out focused, and I think we learned things from the previous matches, and that is not to let up and play the entire 90 minutes.  Lately, Gardner-Webb has been playing well.  They took a top-25 team, High Point into overtime last week,” said Noonan.“Tonight, we were able to finish and score goals.  I told Austin before the game to go out there and have fun.  He is a unique player and can score goals in many ways.  He has the ability and he continued to work hard in the game,” said Noonan.Clemson will observe the 25th anniversary of its 1987 National Championship team on Friday night as the Tigers will play host to San Diego State at 6:00 p.m.  The Aztecs were Clemson’s opponent in the National Championship game at Historic Riggs Field on December 6, 1987.  Many festivities are scheduled for the weekend as many members of the 1987 team will return to Clemson for the weekend.“We are looking forward to this weekend as San Diego State is coming to Clemson on Friday night.  This is a rematch of the 1987 National Championship game that was played on Historic Riggs Field.  One of our core values of our program is to honor the tradition and alumni who have helped build this great program at Clemson.  We are so glad that we were able to schedule San Diego State and honor the 25th anniversary of the 1987 team and pay tribute to those players that won the National Championship in 1987,” said Noonan.   “We look forward to having this wonderful team back on campus, and it will be an exciting and fun time for everyone.”Clemson 5, Gardner-Webb 0