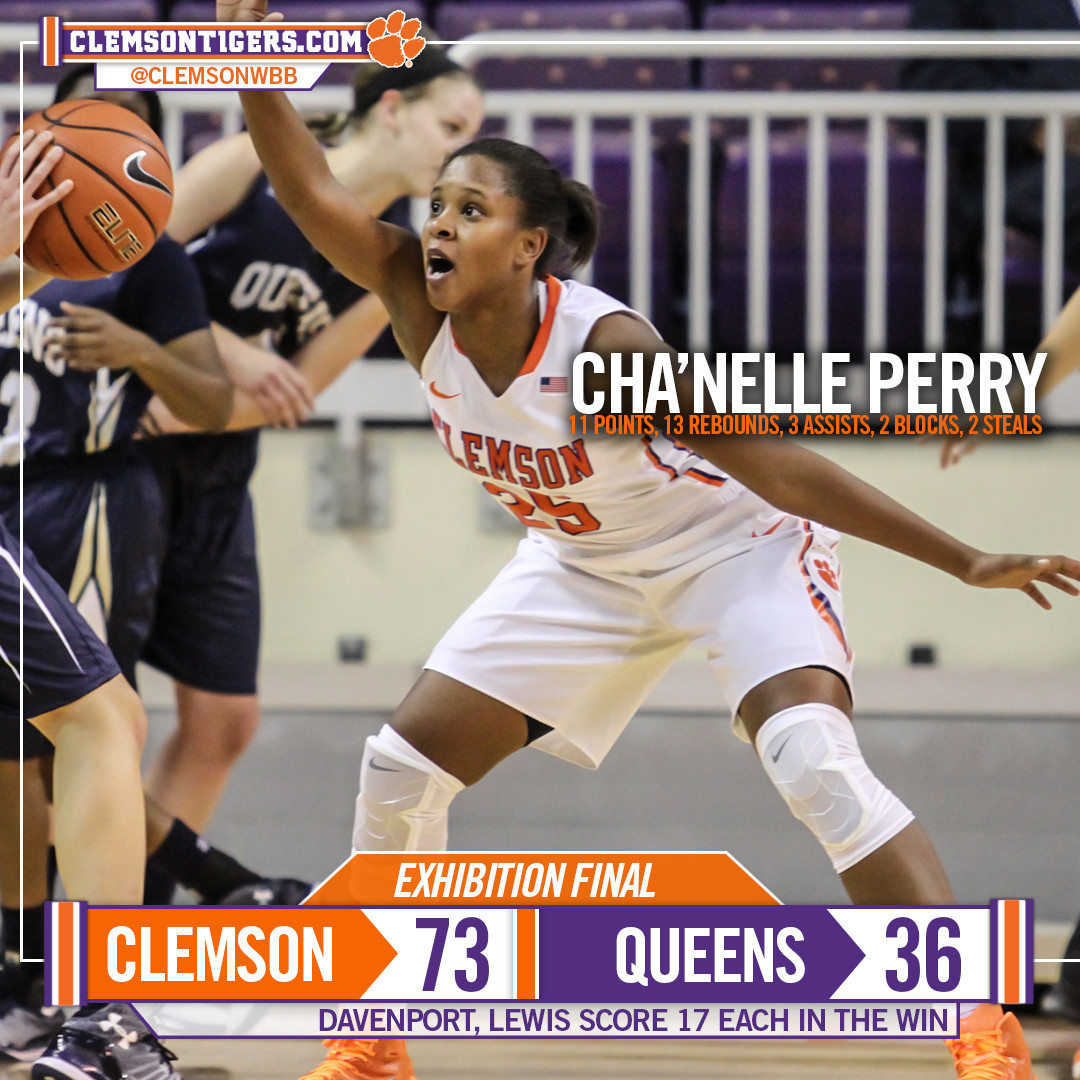 CLEMSON, S.C. – Clemson’s newcomers accounted for 65 points in a 73-36 win against Queens University of Charlotte in the women’s basketball team’s first exhibition of the 2014-15 season. High-school-teammates Shelbie Davenport and Tiffany Lewis scored 17 points apiece to lead the Tigers in scoring, while freshman wing Cha’nelle Perry had 11 points and a game-high 13 boards.

Clemson held Queens to a 12-54 (.222) mark from the floor in the game, and the Tigers used an 18-0 advantage on the fast break and a 34-10 edge in the paint to overpower the Royals, an NCAA Division-II program.

With the Royals holding a 7-6 lead five minutes in, Lewis and Davenport kickstarted a 31-10 run over the next 10 minutes to give the Tigers a 37-16 lead. Davenport and Lewis accounted for 19 points during the run, including a string of 14 straight at one point.

Clemson took a 42-20 lead into the break as Alexis Carter buried a three just before the half.

The Tigers ratcheted up the defense in the second half, holding the Royals to just five made field goals and a .217 shooting percentage.

Perry led the way for most of the second half, tallying nine points and nine rebounds in the half. Freshman Francesca Tagliapietra had eight points and seven rebounds, while Ivy Atkism had seven points, five boards, and a game-high four blocks.

Clemson will return to action on Saturday, Nov. 8 at 2 p.m. against Georgia College & State University in the final exhibition tune-up before opening the season against UNCG on Nov. 14.