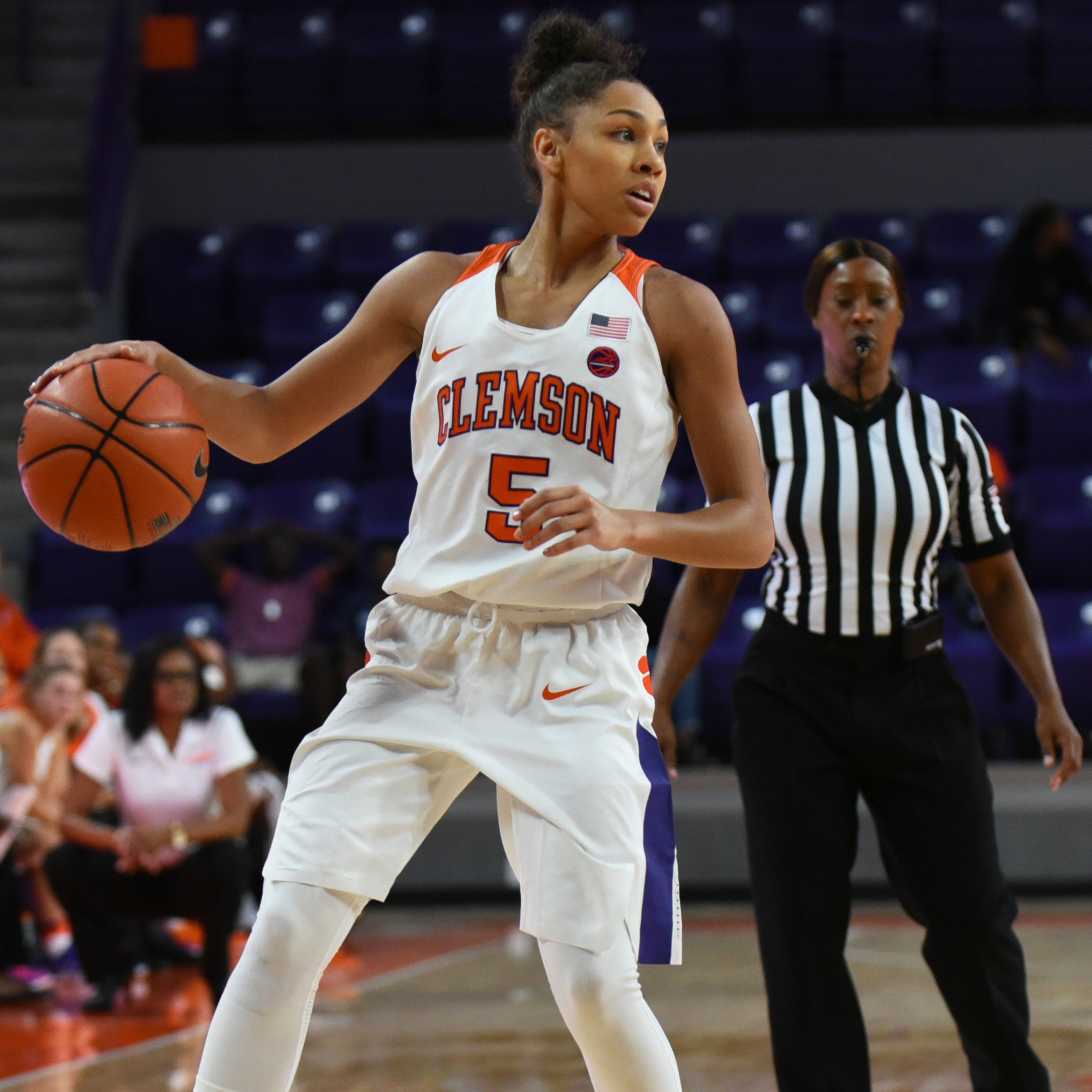 Edwards, Atkism, Perry and Carter shot 54% from the floor, knocking down 22 of their 41 shots while also converting on nine of their attempts from the free throw line to fuel Clemson’s offense. Edwards finished with a near perfect line, knocking down seven of her eight attempts and both of her free throws to finish with a game-best 18 points on the day. Her line was complemented by three blocks, three steals, four rebounds and a pair of assists in 25 minutes of play.

Atkism dropped 14 points on West Alabama while Perry and Carter each finished with 12 to their credit. Atkism finished with six rebounds and Carter created havoc on defense, earning five steals. All-together, the Tigers scored 24 points off of 23 turnovers by West Alabama. Perry found teammates for six assists and was just a rebound away from a double-double and joining Jaia Alexander in double figures. Alexander finished with seven points, five offensive and five defensive boards to lead the Tigers on the glass. Clemson controlled the paint, out-rebounding West Alabama 44-36 and out-scoring its opponent, 40-12 in the paint and 18-11 on second chance opportunities.

Clemson now has one final preseason test on Sunday, November 6 when it hosts North Greenville at 2:00 p.m. The matchup comes just five days prior to the Tigers’ season opener against Coastal Carolina on Friday, November 11 at 12:00 p.m., in Littlejohn Coliseum.