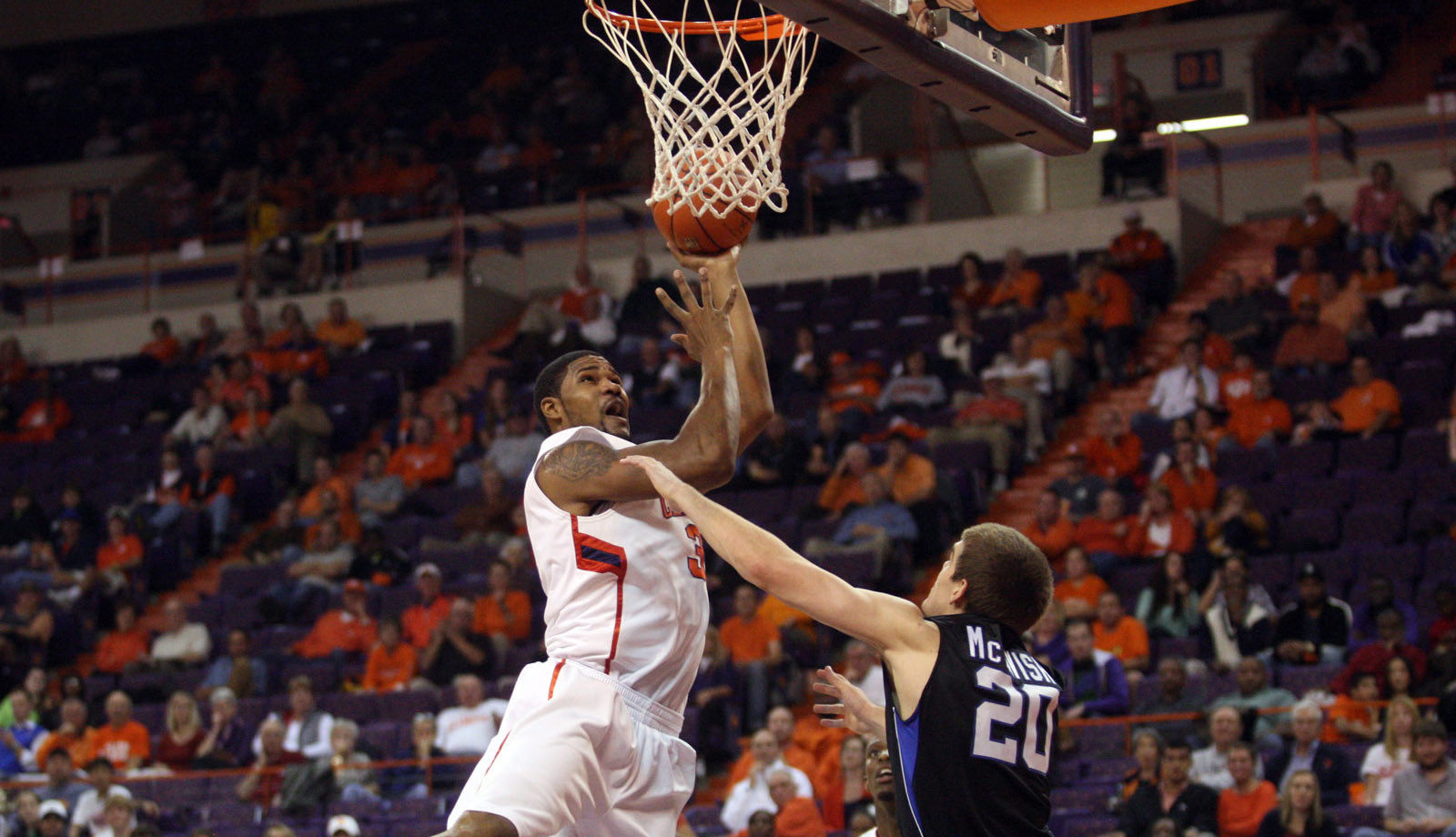 ORLANDO, FL – Clemson used a 22-4 run in the second half to pull away from a pesky Marist team in the fifth place game of the Old Spice Classic at HP Field House. The win improved the Tigers to 4-1 on the season and 2-1 in the event. Marist fell to 2-4 on the season. Clemson, who improved to 11-0 all-time against teams from the Metro Atlantic Athletic Conference, were led by senior center Devin Booker, who posted 15 points and 13 rebounds for his first double-double since last March. Adonis Filer added 10 points and eight rebounds, a season-high for the freshman. He scored eight of his 10 in the second half for the third straight game in the Old Spice event. Milton Jennings added nine and K.J. McDaniels eight for Clemson.The Tigers shot 47 percent for the game, but 57 percent in the second half. Clemson shot just 2-for-9 from three after recording the tournament record for a single game with a .750 accuracy in the second round against UTEP, but it mattered little. The Red Foxes shot just 34 percent and Clemson moved to 16-1 all-time under Brad Brownell when holding the opponent to 50 or less. Both teams struggled to shoot the ball early in the opening half of play. Marist made just one of its first 15 field goal attempts, but was able to keep it close as the Tigers shot just 4-for-14 through two timeout breaks. Milton Jennings broke a nearly five-minute drought with a three at the 9:10 mark to give the Tigers their biggest lead at 11-4.The lead grew to double figures for the first time at 17-6 after McDaniels took a steal the length of the court for his second dunk of the game. Drew Price quickly countered with a 5-0 run of his own, first on a three and then a dunk after a McDaniels turnover. Marist pulled to within one at halftime, 22-21, after Clemson yielded a 15-5 run to end the half. The Tigers shot just 36 percent in the opening frame and were victimized by six turnovers.Marist wasted no time in taking its first lead of the game on a three by Isaiah Morton on its opening possession to start the second half. The Red Foxes scored the game’s first seven points of the half, prompting a quick timeout by Brownell. The Tigers answered with an 8-0 run of its own, culminating with a shot from the left block by Booker. The run extended to 20-4 after a Filer putback and rainbow three from Harrison off a semi-break.Clemson pushed its lead to 48-34 after Filer scored another basket and followed with a full-court pass to a streaking Booker, who flushed it home for his 13th point of the game. A three from Devin Price ended a lengthy Clemson run to make it 50-37, but Rod Hall responded on the other end with a nifty finger roll in the paint. The Tigers closed the game with an authoritative slam from Booker on an alley-oop from Florida native T.J. Sapp.The Tigers return home to face Purdue in its next contest on Wednesday, Nov. 28. It will be part of the annual ACC/Big Ten Challenge – the third time the two have met in the event.