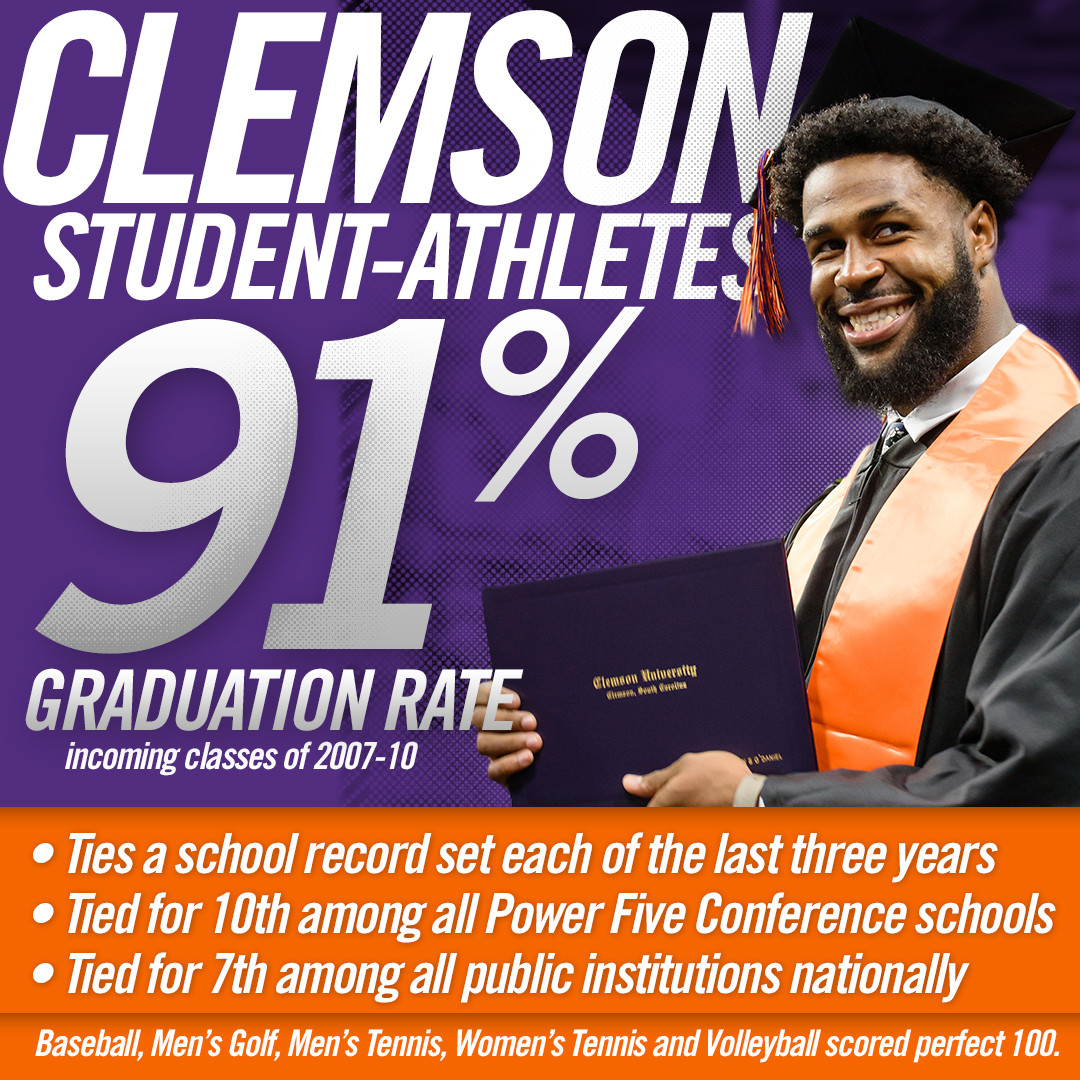 Clemson’s athletic department again tied its school record with a 91% Graduation Success Rate in the NCAA’s most recent report released Wednesday, in which data from the incoming classes of 2007-10 academic years were included. The overall athletic department rate of 91 ties for seventh nationally among public institutions.

“Our coaches and staff emphasize graduating our student-athletes from the moment they arrive on campus,” Director of Athletics Dan Radakovich said. “The continued recognition of the Graduation Success Rate success is a testament to the hard work of all of our students along with the guidance of our coaches and staff.”