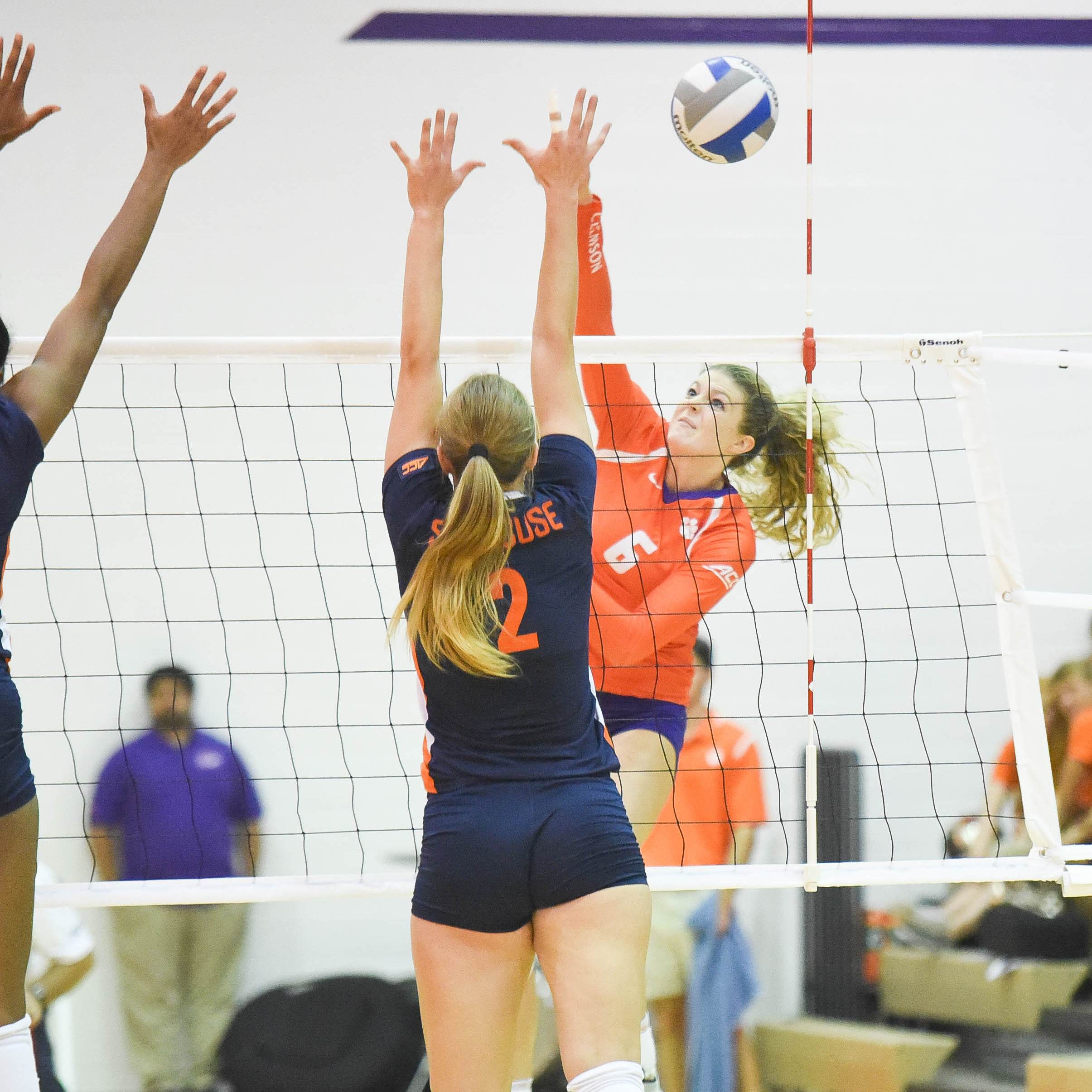 Clemson Comes Up Short In Rematch With Syracuse

CLEMSON, S.C. – After falling behind 2-0 Clemson’s rematch with Syracuse, the Tigers fired out of the break to win the third, 25-22. However, Clemson’s final effort in the fourth fell short as Syracuse came out the victor in the fourth set, 25-18 to win the rematch, 3-1.

“The last couple of matches we’ve been in a bit of a rut,” said head coach Hugh Hernesman. “We haven’t been competing that well and I think that was the crux of the half-time talk is that we need to start doing what we need to do to compete at this level. We were playing soft. We were going against a physical team that plays aggressive and the answer to playing an aggressive team is not passive.”

“We came out and I thought Leah (Perri) set the tone really well. She played hard in the first two sets but I thought the team really followed her and Keelie (Arneson) in the final two sets. They really responded coming out of the break and I felt like that was how we should be looking all of the time. That’s what we looked like earlier in the year, then we hit a rut and hopefully this gets us out of it.”

Leah Perri and Keelie Arneson put the Tigers on their back in the comeback attempt. Perri tied her career high, throwing down 22 kills while digging 13 balls for the double-double. Arneson’s athleticism was on display once again as she led the match with 22 digs. The total gives her 2,539 digs in her career, placing her 12th all-time in NCAA history. She also aced the Orange two times, scoring the 24th and 25th points of the third to win the Tigers the set.

“Leah’s a competitive player and she’s probably a bit frustrated with the run we’ve been on. Everything she does is for the team. As talented as she is individually, she wants to produce for her team. I don’t know if she raised her game to another level but, I think the reason she was as good as she was in those last two sets was because everyone else was coming along with her.”

“Syracuse has a tough offense with a lot of powerful weapons so you can only do so much in the front court to take some of those things away. The back court has to cover some of those things up and Keelie does such a good job of that and I think unless you watch our team closely, you don’t see the types of things she does to clean up mistakes whether it be in the back court or on a blocking assignment.”

Kate Federico was just two digs away from a double-double as she set her teammates to kills 29 times and tallied eight digs. Sydney Moseley added seven digs and six kills.

The Tigers come back to Clemson this weekend as Friday night they will take on Wake Forest on IPTAY Night and then finish the weekend with Senior Day against Duke.