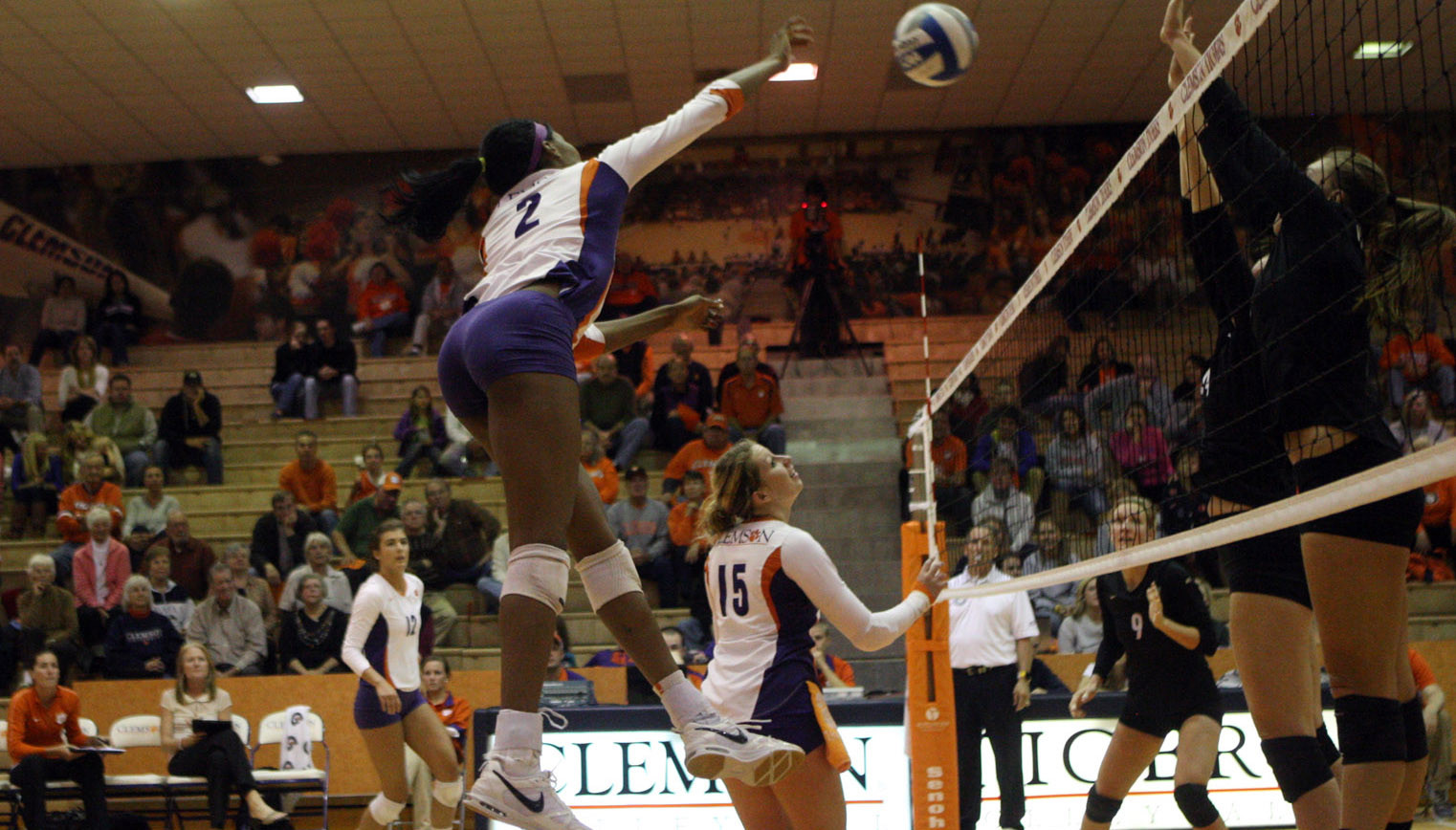 Clemson’s four-member senior class made sure that what was likely their last match at Jervey would be memorable, winning their seventh match in the past nine outings.

Sandra Adeleye was brilliant, tallying 18 kills and hitting .500, while also registering four blocks. Alexa Rand had seven kills in ten swings and four block assists, moving into second on the career blocking list with her 614th. Natalie Patzin led all players with 14 digs, giving her 1,460 for her career, ranking third on Clemson’s all-time list, and Serenat Yaz had seven kills, eight digs, and two blocks in the match as well.

The Tigers avenged a sweep at the hands of the Yellow Jackets in September with this performance, one of their finest showings of the season.

After locking up a 20-win season for the fifth time in six seasons against Duke last week, the Tigers finished the season in grand fashion, improving to 36-24 all-time against the Jackets.

Junior Hannah Brenner had a tremendous night setting and with her decision-making, registering 40 assists, an average of 13.33 per set. She entered the match fourth in the ACC at 9.94 assists per set on the season.

While she did an excellent job of spreading the ball around, it was clear form the get-go that Clemson’s gameplan was to find Adeleye early and often. Adeleye had six kills in eight swings in the first set, and stepped in on three blocks for good measure. After a “slow” second set of just four kills despite 13 attacks – her highest total of the three sets – Adeleye registered eight kills in 11 attacks in the third set in putting the match away. She also had a solo block of Tech rightside Monique Mead, who was held to just ten kills in 34 attempts.

In the first match between the teams, Mead and fellow senior Bailey Hunter combined for 31 kills in 66 swings. On Tuesday, they were held to just 18 in 70 attempts, and both hit below .100.

Clemson took the first set after hitting .294 and holding the Jackets to just eight kills. The Tigers registered four blocks, and found Adeleye throughout the set to the tune of six kills in eight swings. Faust’s serving was key, as she kept the Tech passing guessing. In total, the Jackets were able to side out on just two of Faust’s ten serves.

The third set was much closer. Georgia Tech scored 12 of their first 14 points on kills. The Yellow Jackets actually held a three-point lead at 18-15 as their outside hitter finally found some success around the Tiger blockers. However, trailing by two at 20-18 is where the match turned, as three Tech attack errors and three kills from Adeleye sent the Tigers on a 7-1 run to close the match.