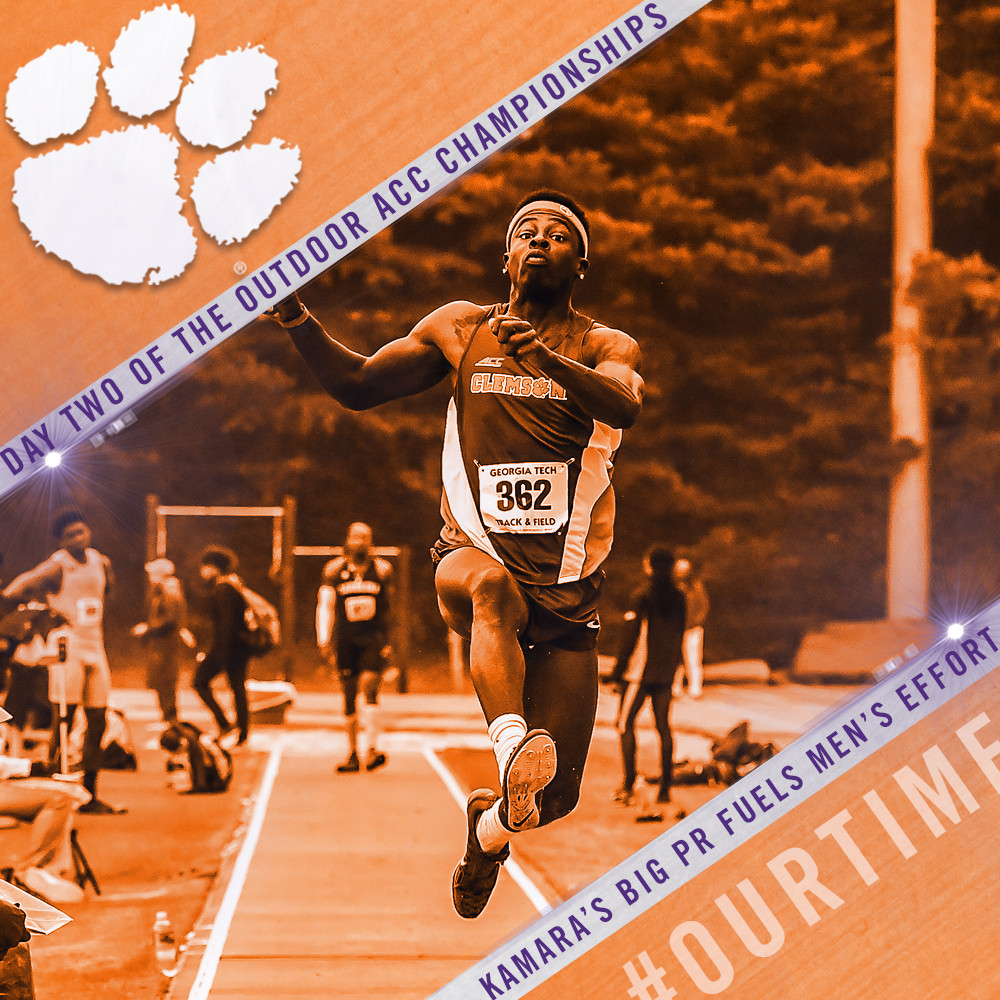 TALLAHASSEE, Fla. – The Tigers are on the board on day two of the ACC Championships thanks to three jumpers sneaking into the top eight to steal points from higher seeds and a historic performance in the steeplechase. Ishmael Kamara, James Quattlebaum, Mimi Land and Iana Amsterdam all scored while nine Tigers qualified for finals.

Kamara kicked off the day for the Tigers with a leap surpassing is previous personal best by two feet in the long jump. The junior registered a jump measuring 25-0 to take fifth place and advance to seventh in Clemson history.

Quattlebaum capped off the night with an eighth place effort in the 3,000 meter steeplechase. His personal best 8:53.02 also ranks him seventh in program history.

For the women, Land and Amsterdam both delivered season-best marks in the long jump to take sixth and seventh place respectively. Land recorded a jump measuring 20-0.25 while Amsterdam leaped 19-7.50.

Tevin Hester and Taylor Williams each qualified for their second final as well in the 100 meter dash. Hester walked away with the men’s fastest time while Williams was second to Ranee Ricketts who qualified in the 100m with a personal best time of 11.64.

In the 800 meter run, Tanisha Coppin ran the best open 800m of her career by clocking in at 2:07.14 to qualify for the finals and climb to seventh in program history. Ersula Farrow wasn’t far behind at 2:07.96, also qualifying for the finals.

Clemson is scheduled for a big outdoor ACC Championship finale as 32 Tigers are set to compete across 20 events. Dylan Ahrens will begin the day at 11:00 a.m., in the javelin. Action on the track begins at 5:00 p.m., with the 4×100 meter relay.