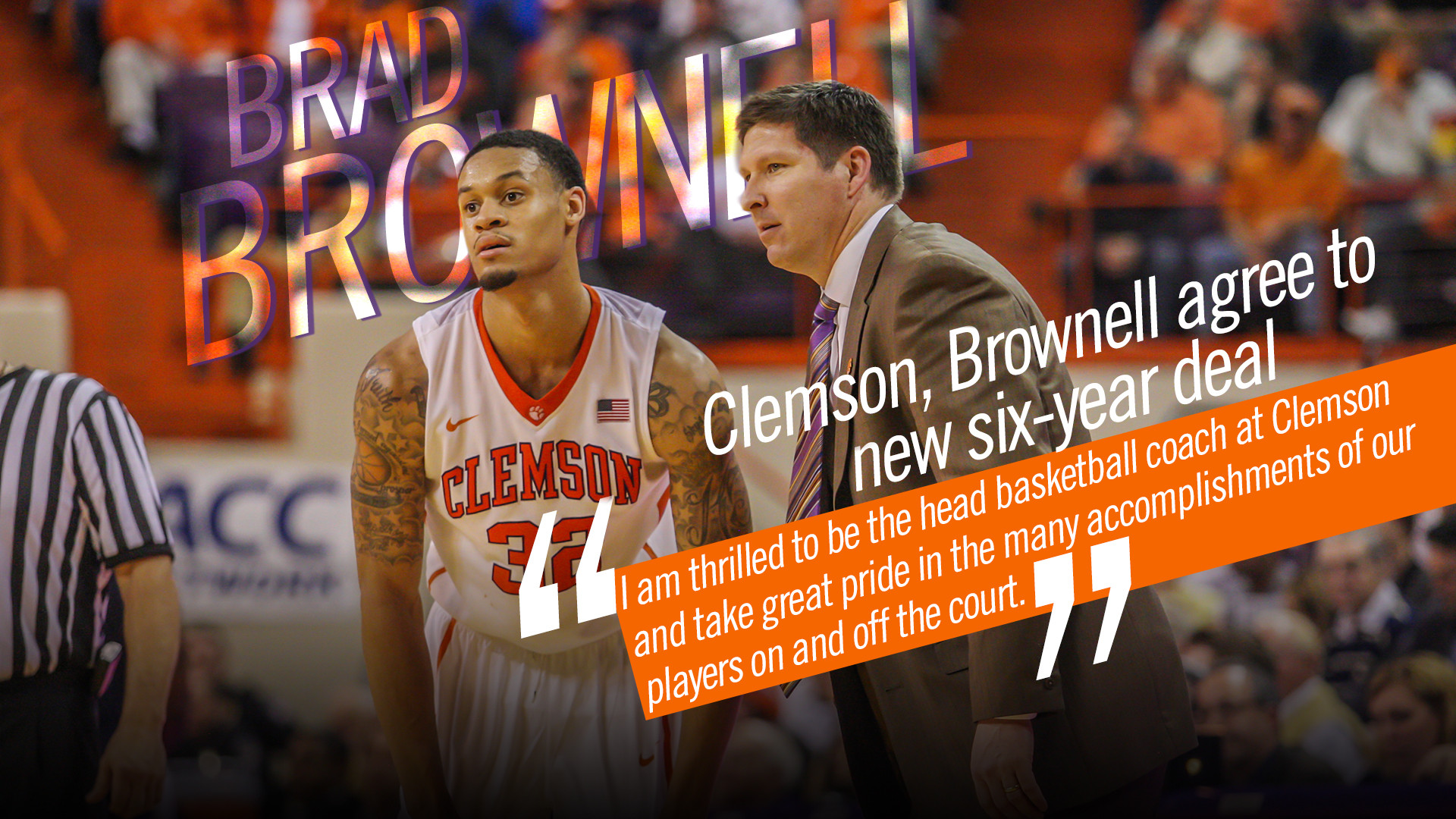 CLEMSON, S.C. – Clemson University and head basketball coach Brad Brownell agreed to a new six-year deal, the athletic department announced today. “Brad has done a tremendous job building a solid foundation for our basketball program,” director of athletics Dan Radakovich said. “I have the utmost confidence in Brad to continue to build as we compete in the nation’s best basketball conference. We’re excited to have him lead our program into the future for a long time to come.” In four seasons at Clemson, Brownell has compiled a 74-58 record and taken the Tigers to one NCAA Tournament and one NIT berth. The 2013-14 team rejuvenated the fan base with a thrilling season that finished with a 23-13 record and a trip to New York City for the NIT semifinals. Clemson improved by 10 wins over 2012-13, matching the school record for the best single-season improvement. The Tigers also doubled their conference win total over the previous season, becoming just the fourth team in Clemson history to reach double digit ACC wins. “I am thrilled to be the head basketball coach at Clemson and take great pride in the many accomplishments of our players on and off the court,” Brownell said. “I look forward to building on the success of this past season and believe there is a great deal of positive momentum within the program. I would like to thank Dan Radakovich, President Jim Clements and the Board of Trustees for their confidence in my leadership for the future of our basketball program. I would also like to thank my coaching staff, as well as our current and former players for their hard work and contributions.”