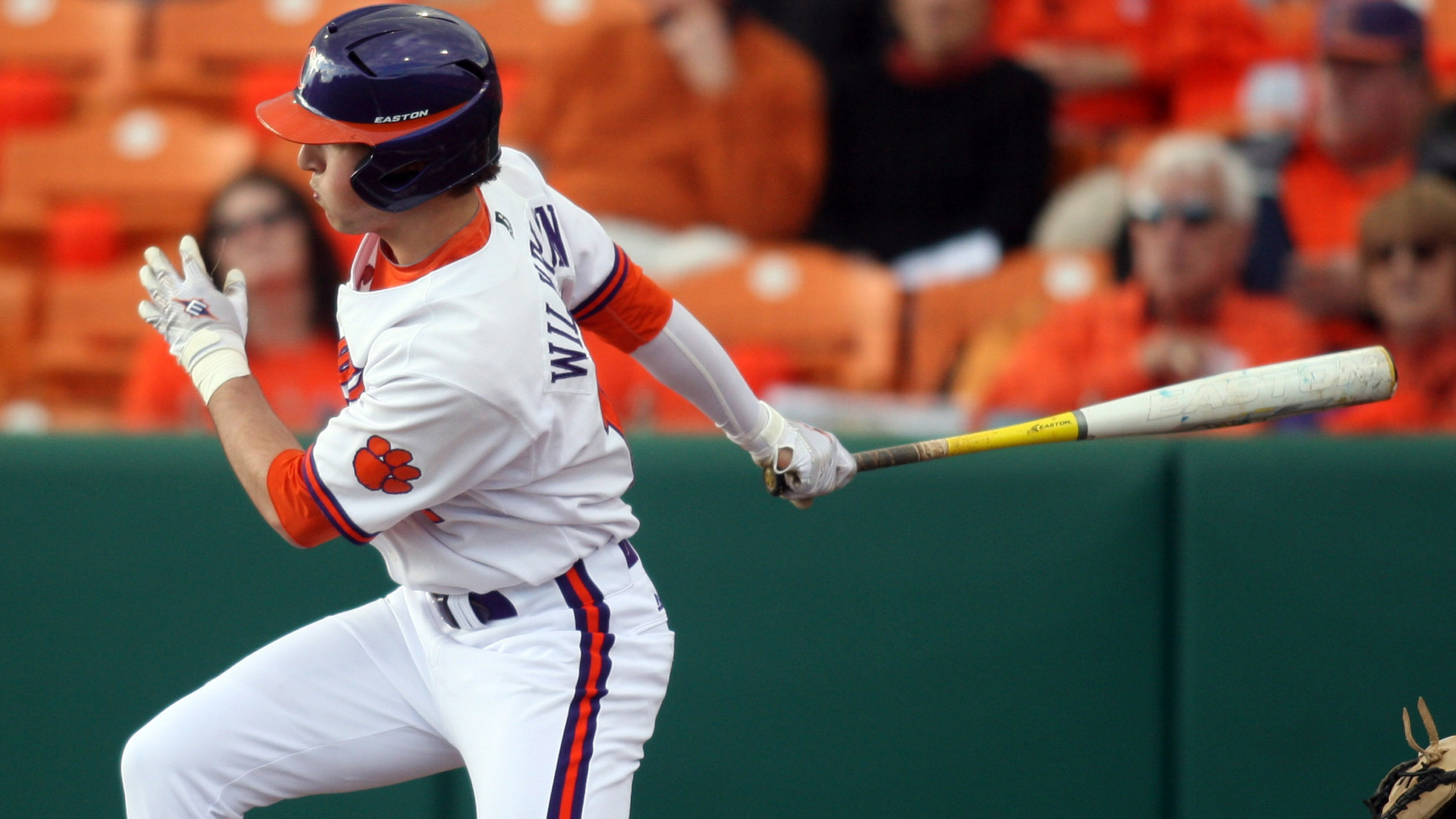 Five Tiger pitchers combined to blank Wright State in Clemson’s 6-0 victory in the second game of a doubleheader at Doug Kingsmore Stadium on Saturday.  The Tigers, who took a 2-0 lead in the series, improved to 4-1 on the season.  The Raiders dropped to 3-2.

The Tigers scored a run in the first inning and two more runs in the third inning to give them an early lead.  The Raiders put pressure on the Clemson defense all game, putting six leadoff batters on base and 19 batters in all on base.  But the Tigers turned four double plays and did not allow any of the Raiders’ 19 baserunners to score.

Taylor Braun (0-1), the first of four Raider pitchers, suffered the loss.  He gave up seven hits, three runs, and one walk with three strikeouts in 5.0 innings pitched.

In the first inning, Steven Duggar drew a one-out walk and advanced to third on Steve Wilkerson‘s single through the right side.  Shane Kennedy then ripped a single up the middle to score Duggar.

Clemson added to its lead in the third inning.  Thomas Brittle led off with a bloop double down the left-field line and advanced to third on Duggar’s groundout.  Wilkerson followed with a line-drive single to left-center.  Two batters later, Wilkerson stole second with two outs, then Jon McGibbon singled down the right-field line to score Wilkerson.

In the sixth inning, McGibbon and Jay Baum led off with walks, then both runners moved up a base on Tyler Krieger‘s groundout.  Pinch-hitter Kevin Bradley was hit-by-pitch to load the bases, then Garrett Boulware grounded an 0-2 pitch up the middle for a single to score McGibbon and Baum.

The Tigers tacked on another run in the seventh inning when McGibbon belted a two-out single to right field to score Kennedy.  Kennedy reached on a two-out, infield single and advanced to second on an error.

Wilkerson led Clemson’s 11-hit attack by going 3-for-4 with a double, RBI, and stolen base.  Brittle, Kennedy, and McGibbon all added two hits apiece.

Sam Picchiotti and Jason DeFevers had two hits apiece for the Raiders, who totaled nine hits, five walks, and five hit-by-pitches in the contest.

Clemson and Wright State will play game-three of the three-game series on Sunday at 1:00 PM.