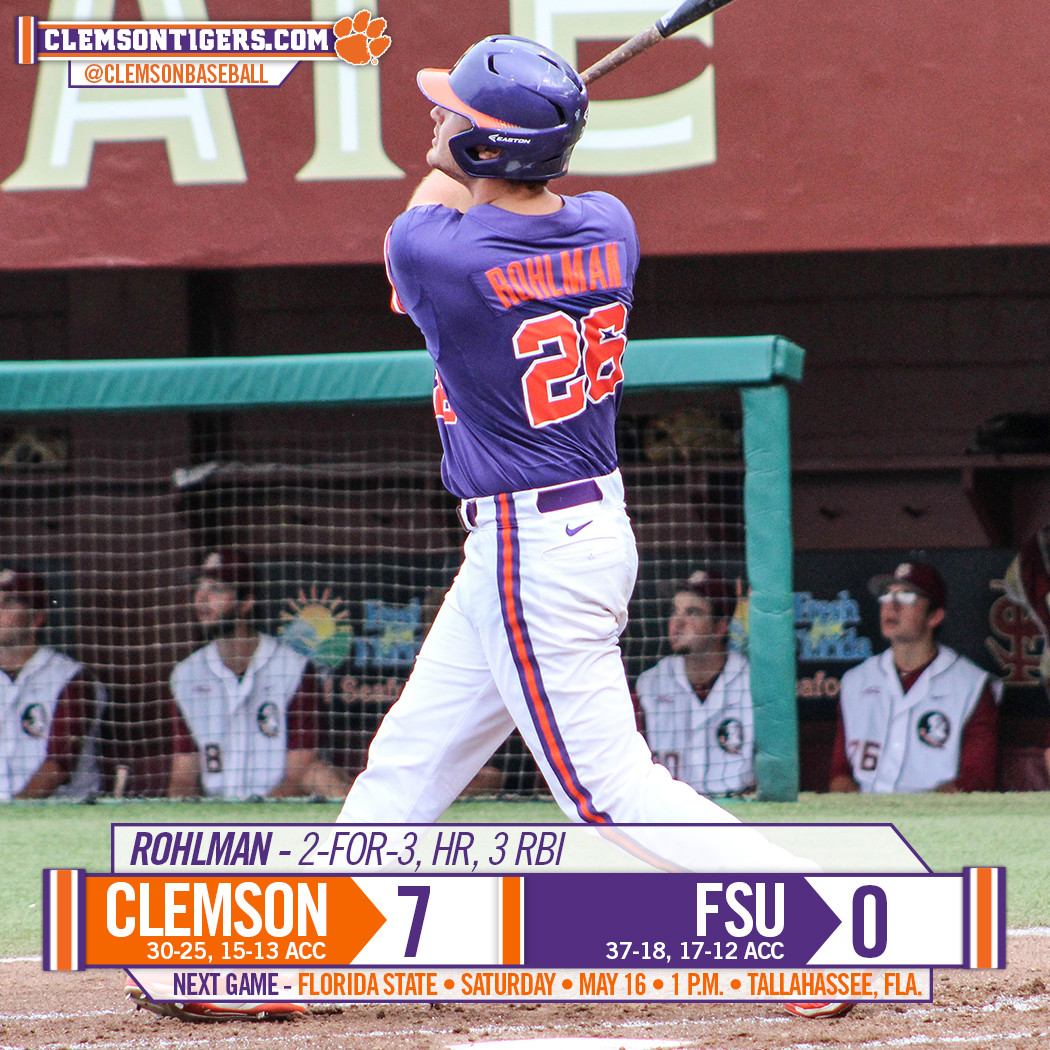 With the win, Clemson assured itself either the No. 5 or No. 6 seed in the ACC Tournament, meaning the Tigers avoid a play-in game and will play at least three games at Durham (N.C.) Bulls Athletic Park next week. It also assured Clemson’s 21st winning ACC regular-season record in 22 years under Head Coach Jack Leggett.

Erwin (6-4) earned the win by allowing just three hits, no runs and no walks with three strikeouts in 6.0 innings pitched. After a 101-minute rain delay in the middle of the seventh inning, Taylor Vetzel pitched the final 3.0 innings to record his fourth save of the season. Erwin and Vetzel combined to face just three batters over the minimum thanks in large part to two double plays turned by the Tiger defense. Seminole starter Mike Compton (3-3) suffered the loss, as he gave up seven hits, five runs (three earned) and two walks with six strikeouts in 4.2 innings pitched.

Reed Rohlman put Clemson on the scoreboard when he hit the first pitch of the second inning over the fence in right field. In the third inning, Tyler Krieger lined a two-out, two-run single, then Rohlman laced another two-out, two-run single in the fifth inning to give Clemson a 5-0 lead. Steven Duggar, who earlier extended his hitting streak to 13 games, belted a solo homer in the seventh inning and Clemson added another run in the frame.

The series and regular season concludes Saturday at 1 p.m. on ESPN3.