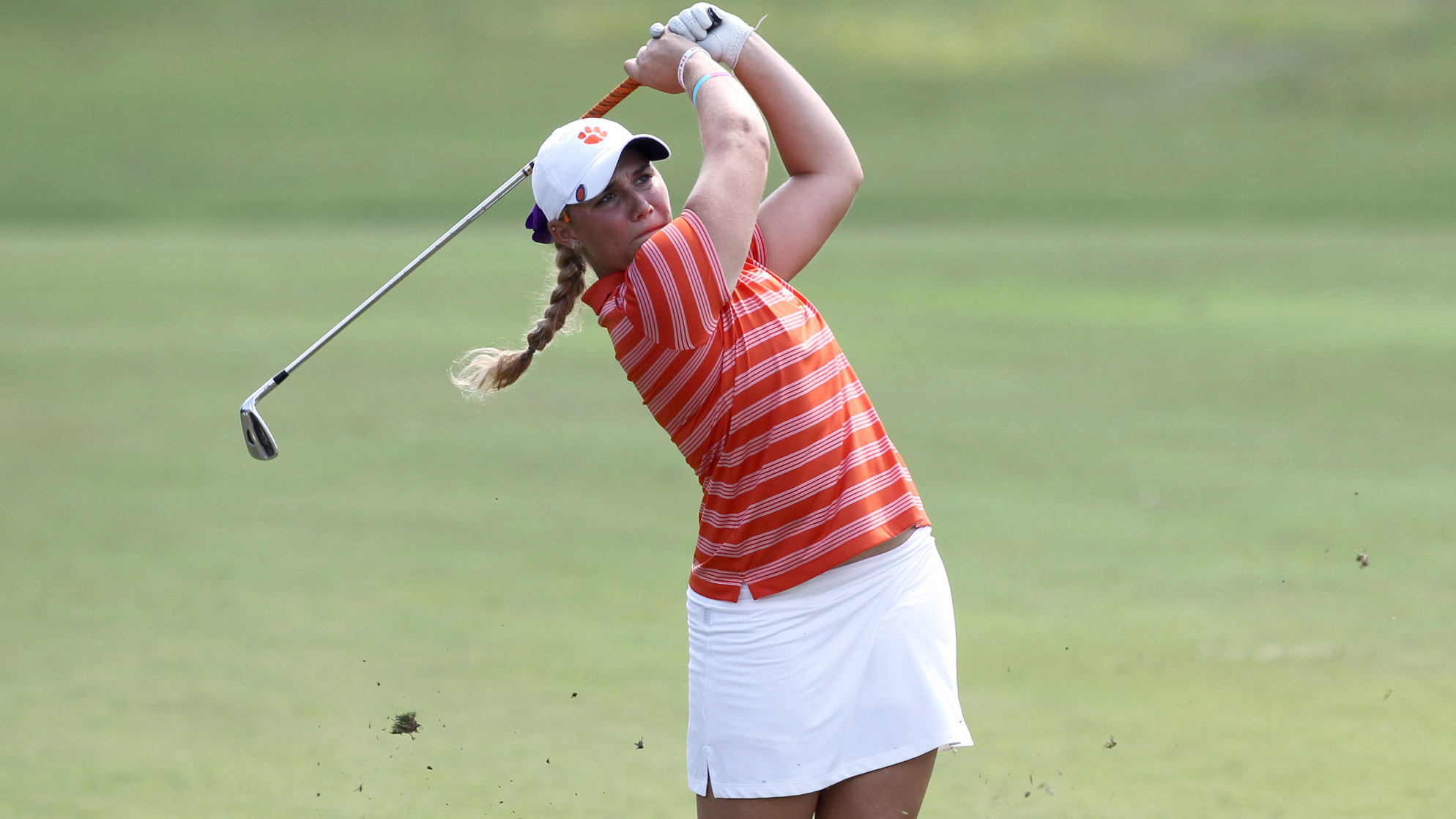 Note: Clemson begins play Thursday at 11:36 a.m. Eastern time and will play with host school Washington and ACC rival Wake Forest. Sloan Shanahan, who hit the first shot in Clemson history back in September, will have the honor of hitting the first NCAA Tournament shot in the program’s history. Clemson’s tee times will continue through 12:20 p.m.

CLEMSON, S.C. – Clemson will complete its first year of varsity competition in women’s golf in the NCAA Tournament.  J.T. Horton‘s team was selected to the NCAA Tournament on Monday and will compete at Tumble Creek @ Suncadia Resort in Cle Elum, Wash May 8-10.  The top eight schools after 54 holes of play will compete in the NCAA National Championships May 20-23 at Tulsa Country Club in Tulsa, Okla. It was quite an accomplishment for Clemson, who plays an all freshman lineup. It is just the second time a Clemson program has qualified for NCAA Tournament competition in its first year as a varsity sport.  The Clemson women’s soccer program did it in the fall of 1994.  Clemson’s women’s basketball and tennis programs played in the first NCAA Tournaments as a team in their respective sports in the 1981-82 academic year, but it was not the first year of varsity competition for those sports. “This is an exciting day for our program,” said Horton, who became Clemson’s head coach in August of 2011.  “I am not surprised that we were sent to the state of Washington.  The committee attempts to spread out the top 15 teams across the country and with a number-five seed, we were a candidate to go out of the region.  All the ladies are excited.” Clemson is in the same region with defending National Champion Southern California,  Arizona State, and Big 12 Champion Oklahoma.  Other ACC schools in the regional are Wake Forest and Notre Dame.  Clemson will travel 2,144 miles to compete in the tournament.Horton’s team has had three second-place finishes and two third-place finishes this year.  The team is ranked 13th by Golfstat, 14th by Golfworld and 18th by Golfweek.Clemson’s top player is Ashlan Ramsey.  The number-one ranked women’s amateur in the world by Golfweek has a 72.45 stroke average with six top 10 finishes in her 10 tournaments.  She has 13 under-par rounds and six rounds in the 60s. She leads the nation in fairway hitting percentage (.937) and is 11th in total birdies with 88.  She has won two tournaments, the Lady Paladin and the Ruth’s Chris Tar Heel Invitational.Sloan Shanahan is second on the team in stroke average with a 73.79 figure. The native of Suwanee, Ga has three top 10 finishes thanks to a .929 fairway hitting percentage, third best in the nation. Shanahan has three top six and six top 16 finishes this year.McKenzie Talbert is third on the club in stroke average at 75.10, and she has a pair of top 10s, while Lauren Salazar is close behind at 75.31 and three top 10s. Jessica Hoang is the fifth starter in the lineup with a 78.38 average.