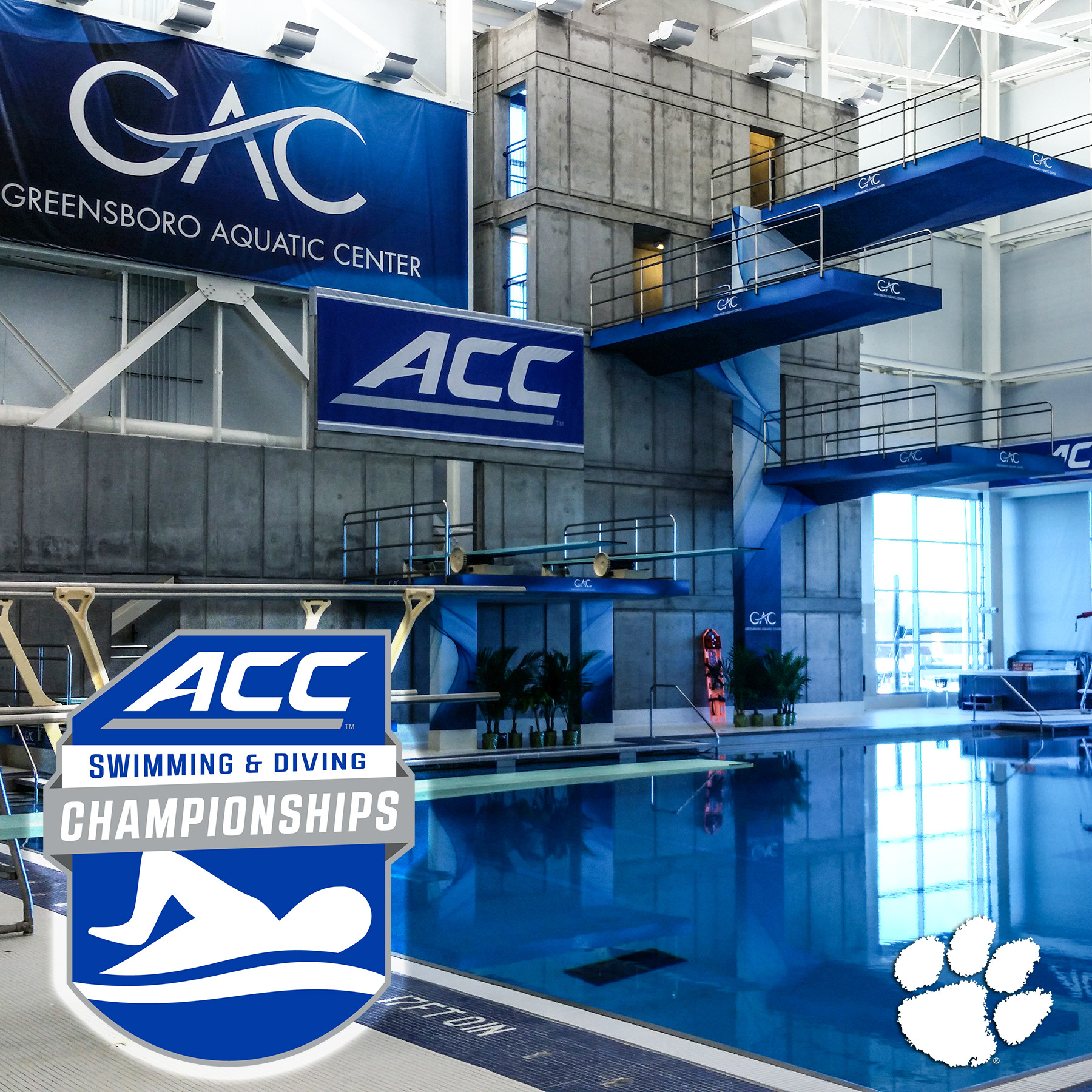 CLEMSON, S.C. – The Clemson women’s diving team will begin championship action when it competes in the ACC Swimming & Diving Championships on Wednesday, February 17. The Tigers will dive in the one-meter event on Wednesday followed by the three-meter and platform events on Friday and Saturday, respectively, with preliminary rounds in the morning/afternoon and finals in the evening of each day. Thursday is slated as a “rest day.”

The Tigers are coming off an outstanding showing at the Dukes Diving Invitational on Saturday, Feb. 6 in Harrisonburg, Va. Highlighted by a historic performance by freshman Sarah Blank, in which she became the first diver in women’s program history to win a springboard event at an invitational meet, Clemson garnered wins over three of the four competing teams, losing only to Virginia.

Last season at the 2015 ACC Championship meet in Atlanta, Ga., junior Sarah Braun was the Tigers’ top finisher in the one-meter and platform events, finishing 27th and 15th, respectively. Senior Megan Helwagen earned the best finish in the three-meter event for Clemson, finishing 22nd. Junior Danielle Reitsma also faired well for the Tigers, finishing right behind Helwagen in the three-meter event at 23rd and Braun in the platform at 16th. For the championships, Braun, Helwagen and Reitsma each scored 12 points toward the team total of 36.

Coming into this meet, Clemson has six divers who have qualified for the NCAA Zone B meet in Atlanta, Ga. in March, tying the record for number of divers who have done so since the inception of the women’s only program in 2012. The last time the Tigers sent six divers to the NCAA Zone B meet was in the 2013-14 season. This will be the final chance the team will have to break this tie in the 2015-16 season.

Live results for the 2016 ACC Swimming & Diving Championships will be available on theACC.com along with pertinent information and links to supplement the event’s coverage. Information will also be posted to the ACC’s @ACCSwimDive Twitter page.