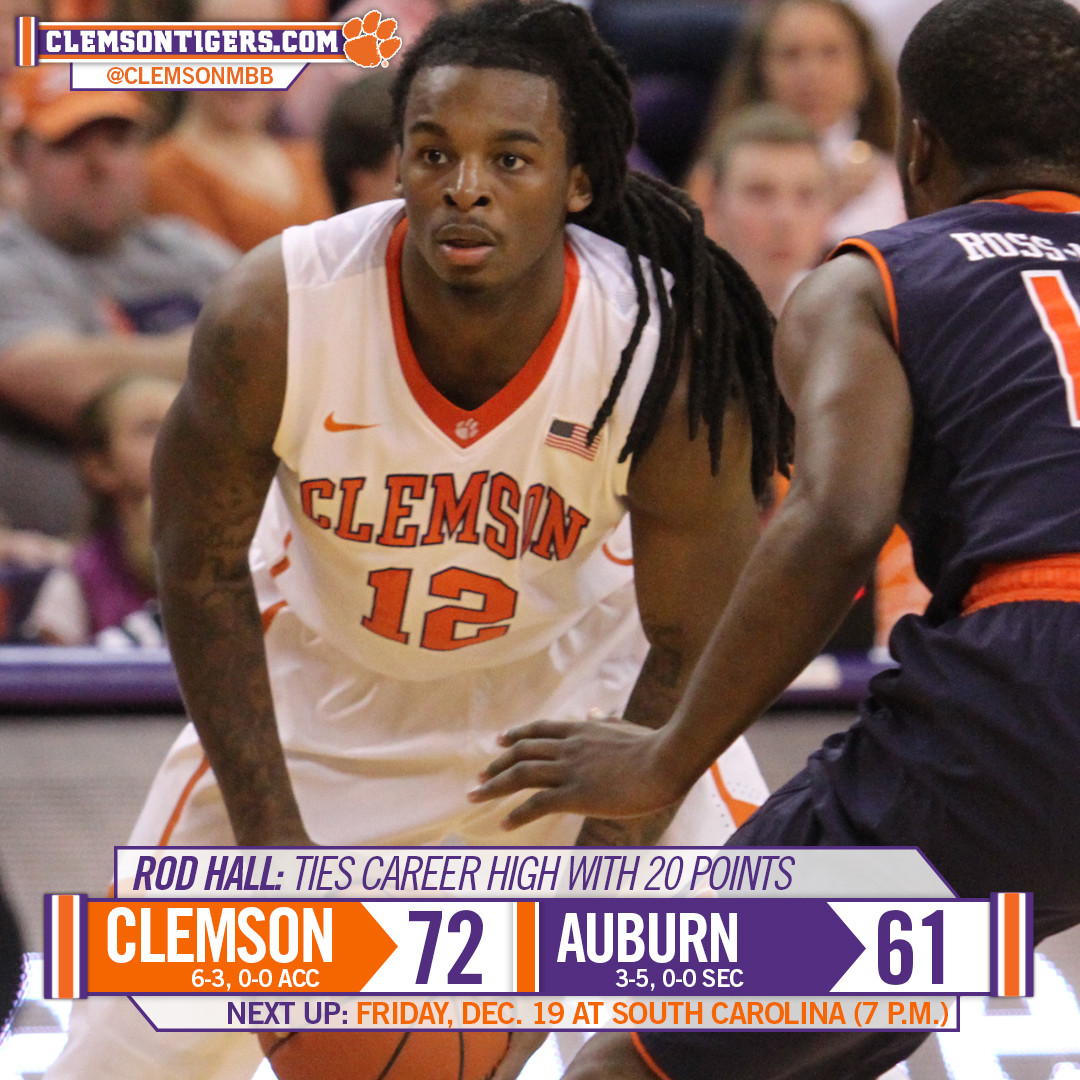 CLEMSON, S.C. — Damarcus Harrison and Rod Hall combined for 39 points in a 72-61 win over Auburn on Sunday in front of 7,140 fans in Littlejohn Coliseum. The win improved the ACC Tigers to 6-3 on the season and dropped the SEC Tigers to 3-5.

Hall matched his career high with 20 points on 8-of-13 field goals and 4-of-5 free throws, while Harrison matched a season best with 19 on 5-of-8 shooting, 7-of-8 from the line. Clemson shot 45 percent for the game to Auburn’s 39 and the Tigers made 20-of-25 free throws in the second half to slowly pull ahead.

Clemson overcame a sluggish start offensively, where the Tigers converted just three of their first 11 shots from the floor and suffered a rash of turnovers. Down 14-12, Clemson put together an 8-0 run behind Hall and Harrison to force a pair of Auburn timeouts. The lead grew to 12 at one point, 29-17, before Auburn ended the half on a 6-0 spurt.

The run extended into the second half as Auburn pulled within two at 29-27, but Clemson charged ahead with an 11-2 run to go up 40-29. Later, with Clemson up 60-50, Auburn put together a 9-4 run and made it a five-point game inside the final two minutes, but Hall iced the game when he hit a driving layup from the right side that gave the Tigers a three-possession cushion.

The Tigers return to action against another SEC foe, in-state rival South Carolina, on Friday, Dec. 19. The game will tip off at 7 p.m. in Colonial Life Arena.