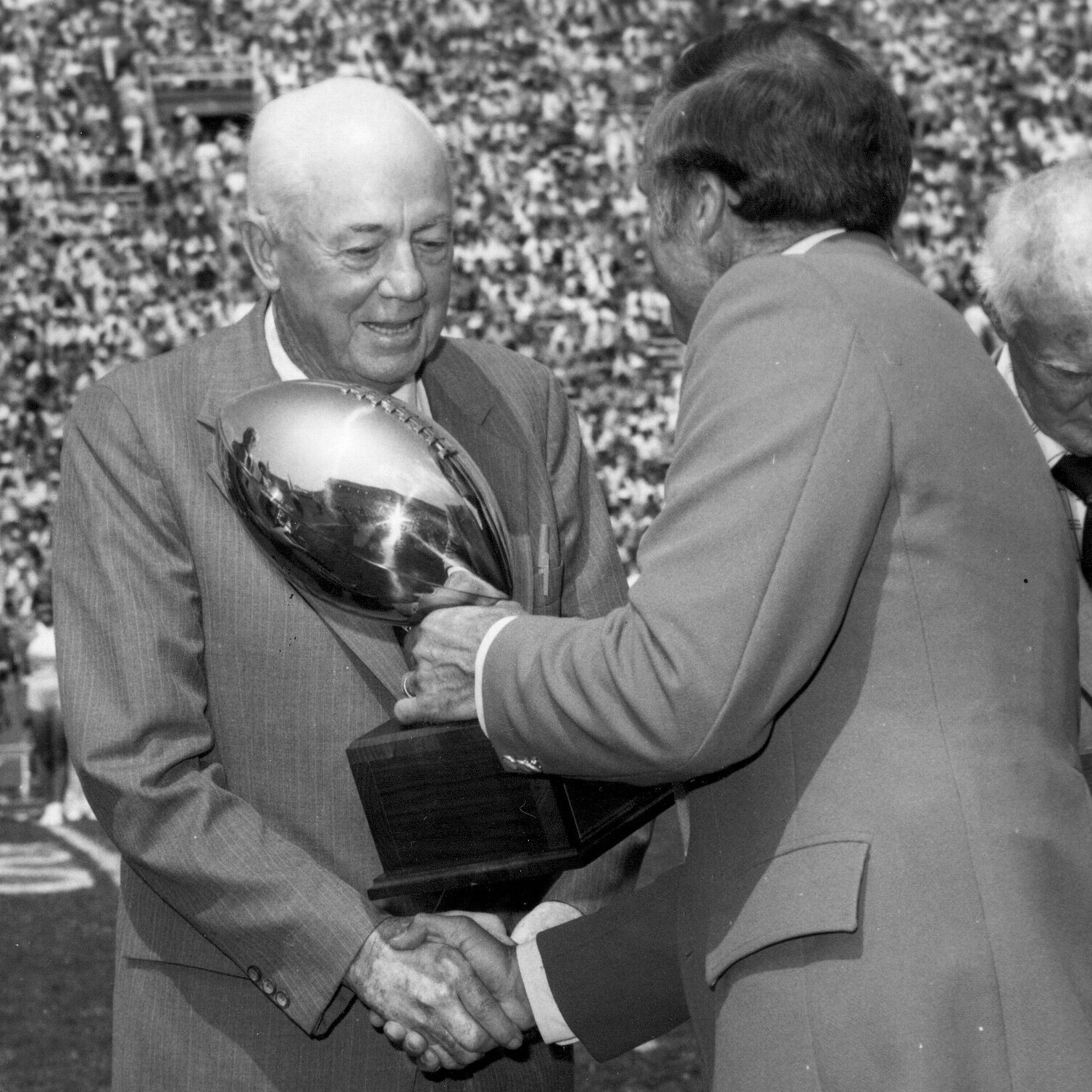 Clemson Basketball in the ’30s

However, before this magical season, Clemson Head Basketball Coach Joe Davis put together great teams that helped build the foundation for this Southern Conference championship.

Clemson was led in scoring by two seniors that season.  Center Armstrong Swails averaged 11.4 points per game and Bill Dillard a forward from Six Mile, SC averaged 6.2 points per contest.

Bill Dillard later was an assistant coach for the Tiger football team and later was a successful businessman in Anderson, SC and opened up the Dillard Sporting Goods Company.   He was an outstanding three-sport athlete at Clemson excelling in football, basketball, and track. Imagine what he would’ve done on the baseball team!

Clemson finished the season with a 15-3 record overall and 3-1 in the Southern Conference for a second-place finish in the league standings.

In 1937-38, Davis led the Tigers to a 16-7 record overall and a 9-4 mark in Southern Conference play.   After starting the season with a 6-4 record, the Tigers finished the regular season with an 8-2 record giving the Tigers a 14-6 mark going into the Southern Conference Tournament in Raleigh. Clemson defeated Richmond in the quarterfinals and Washington & Lee in the semifinals but lost to Duke in the finals on March 5, 1938.

Sophomore Banks McFadden led the team in scoring with a 13.3 ppg. average for the season.  Ed Kitchen averaged 7.7 ppg. that year for the Tigers.

Banks McFadden, Clemson’s two-sport All-American was a junior center on the 1938-39 team.

“The previous season, we had been runner-up in the conference for the first time and we had a pretty good team coming into the 1938-39 season,” McFadden said in an earlier interview. “But we didn’t get off to a good start at all that year, and for a while it looked as if we wouldn’t even be invited to the tournament.

“Most of our starters were also on the football team and since the two seasons almost overlapped, it seemed we always got off to a poor start.  By the middle of January, we were 2-2 in the conference.

“Back then we couldn’t miss class for athletics so our coaches decided we would go to the state of North Carolina one weekend and play all three teams.  We did and we lost on three consecutive nights to UNC, N.C. State, and Duke, making us 2-5 in the conference, with only five conference games left to play.”

But the Tigers made an amazing comeback and won 10 of their next 11 games and managed to win an invitation to the conference tournament.  At the time, only 10 players could travel with the team.  Retired Clemson Dean of Student Affairs, George Coakley was selected as one of the 10 for a very unusual reason.

“Our coach, ‘Fearless Joe’ Davis was very superstitious,” Coakley said.  “I believe that the only reason I got to go to the tournament is that I sat next to him during those games!  I had an identical twin on the team and he didn’t get to go.”

The Southern Conference Tournament was always held in Raleigh, North Carolina.  This year, instead of the usual eight participants, 11 teams were asked to the tournament, because five teams were tied for seventh and eighth place.  Clemson was one of these teams so the Tigers had to play an extra game before making it to the final eight.

The first contest was on Wednesday night against the North Carolina Tar Heels, who had beaten the Tigers the previous season in the final game.  UNC led until the final seconds of the game, when a Banks McFadden basket put Clemson ahead to stay and the Tigers won by one point.

The following night, the Tigers faced number-one seeded Wake Forest.  Once again, the Deacons held the lead until late in the second half when McFadden put the Tigers ahead.  This time the margin of victory was two points.  On Friday night, the Tigers took a fairly easy victory from Davidson, winning by 16 points.  The team was tired, but excited about being in the finals.

“Every night after the games, the team would walk downtown for a while,” Coakley said.  “We would walk past a sporting goods shop that displayed the conference championship trophy in the window.  We would eye that thing each time we walked by, but we never expected we would win it since we had to win four games to do it.”

Before the Tigers could win that trophy, they had one more team to defeat.

“The class of the whole tournament was a team called Maryland,” said McFadden.  “They weren’t very big, but they had very good ball handlers.  We surprised even ourselves and won by 12 points.”

(The 1938-39 Clemson Southern Conference Championship team is pictured below. Davis is pictured on the second Row on the far right.)

The Trophy and the NIT

The Tigers were the Southern Conference Champions and returned to Clemson. However, the team had to leave the trophy in Raleigh to be repaired.

“I remember we were so happy and I had the trophy,” said Dude Buchanan, a star on the 1939 team.  While we were celebrating, I dropped the trophy and we had to leave it back in Raleigh to get repaired.  We got to campus and the cadets welcomed us back to campus with a pep rally.  Everyone was anxious to see the trophy and was asking to see the cup.   Coach Davis stared at me and told them ‘You can’t see it, Buchanan dropped it and it’s back in Raleigh getting fixed’.”

Traditionally, the conference champion was invited to the National Invitational Tournament, but instead of the Tigers receiving an invitation, Maryland went to the tournament in Madison Square Garden.

“We expected to get an invitation, but we were so elated with the Southern Conference championship that we really didn’t question it.  After all, we were just some overgrown football players who had managed to play well as a basketball team!” McFadden said.

Years later, McFadden and Coakley found out that the 1939 basketball squad had indeed received an invitation to the NIT, but that it had been turned down by Athletic Director Jess Neely, who also happened to be the football coach.

“I almost passed out!” said McFadden.  “But he said that our bread and butter was football and since most of us were football players, we had to get back for spring practice.”

Spring practice must have gone well since that year’s football team was invited to the Cotton Bowl.

(All-American Banks McFadden is pictured above.)

He joined Jess Neely at Rice as the two prepared for the 1940 football season with the Owls.  Neely who was Clemson’s head football and baseball coach left for Rice after the Tigers won the Cotton Bowl on January 1, 1940. For 36 years, Davis and Jess Neely were one of the most acclaimed coaching tandems in college football, nine years at Clemson and 27 at Rice.

Their relationship went back further then Clemson. They were both from the same hometown of Smyrna, TN. Davis was a star end on Neely’s first team in 1924, at Southwestern College in Memphis, TN.

In basketball, Davis won 101 games during his career and at the time was Clemson’s all-time winningest basketball coach.   He still has the best winning percentage in road games in Clemson history.  His team in 1934-35 finished with a 15-3 record for a .833 winning pct., an all-time Clemson record.

At Rice he coached basketball for six seasons and won or shared three consecutive Southwest Conference championships in 1943-45.   The 1945 Rice team finished with a 20-1 record and is considered one of Rice’s best teams ever.

Davis was an assistant football coach under Neely for a total of 36 years, nine at Clemson and 27 at Rice.  The duo led the Owls to four Southwest Conference football titles.  Davis was proud of his players especially as he put it, “winning in the books” as he wanted them to exile in the classroom too.  One of his players, tackle Robert Johnston, became a Rhodes Scholar while at Rice.

The era of the late 1930s was a very successful one for Clemson Basketball under legendary Coach Joe Davis.

(In the picture below, Joe Davis (L) and Jess Neely coached football together for 36 years. The pair spent nine years at Clemson and 27 years at Rice.  This picture was taken in 1980 in Clemson’s Death Valley.)