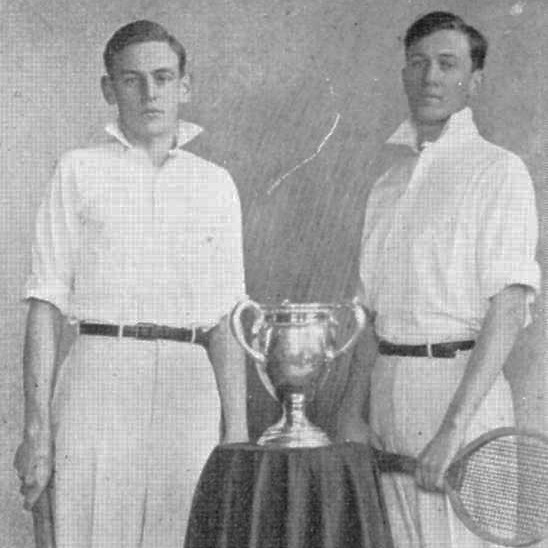 A little over 100 years ago, Clemson fielded its first basketball team.

Very much like football, the student body showed interest in basketball, and the question was raised, “why not basketball at Clemson?”. Other South Carolina colleges had basketball teams and “we should too” was the cadets’ reasoning.

The decision was made to field a basketball squad, and the first varsity team at Clemson was formed in 1912.

On Friday, February 9, 1912, Clemson started the sport in a big way, traveling to Greenville, SC and playing a double header. In the first game, against Furman, Clemson’s center and captain, James Erwin, scored 22 points, while his brother John Erwin scored 20 points to lead the Tigers to a 46-12 victory.

In the second game, Clemson defeated Butler Guards, 78-6. James Erwin scored 58 points, while brother John scored 16 in leading the Tigers to victory. The 58 points still ranks as a single-season record by a Clemson player over 100 years later.

The Tigers finished the road trip and played Wofford in Spartanburg the next day. James Erwin led the way with 18 points.  He scored 98 points in the three-game, two-day road trip.

Frank Dobson was the Tigers’ coach during the first two seasons of basketball, and he also was the head coach for the Tiger football and baseball teams, making him a very busy man.

Clemson played just one home game in the first season of competition. On March 9, 1912 Clemson defeated Wofford 56-13 (see above image). James Erwin scored 30 points on this historic day. As Clemson’s student paper, The Tiger, described the game, James Erwin was a special player. “It seemed the basket had an irresistible pull for the ball when he attempted a shot.”

This game was played on Bowman Field in front of Tillman and Godfrey Hall. Luckily, the weather was mild that day and the Cadet Corp was very receptive to the new sport on campus. Clemson finished the season with a perfect 4-0 record.

In the second season, on January 18, 1913 (102 years ago this month) Clemson played Furman in a home game. This game was very significant as this was the first indoor game played on the Clemson campus. It was a rainy day at Clemson so the game was moved to the basement of Sikes Hall, the current administration building.

Captain Frank Johnstone Jervey (for whom the Jervey Athletic Center was named) was a Clemson cheerleader at that time. He once recalled that the players played around the pillars in the basement of Sikes Hall. It was a home court advantage for the Tigers.  However, both teams understood that to get the game played, some sacrifices had to be made.  Clemson won the game easily 69-19.

Another first for the basketball team that year was Clemson winning its first game outside the state of South Carolina. On February 7, 1913, the Tigers traveled to Atlanta, GA and played Georgia Tech.  Once again, the Tigers were led by the Erwin brothers as the duo scored all 26 points to lead the Tigers to a 26-22 victory over the Yellow Jackets.   James finished with 14 points and John with 12.

Erwin Brothers were the First Stars

The two early stars of Clemson basketball were brothers John and James Erwin. Their impact on Clemson athletics at that time was immeasurable.  Not only were they great basketball players, but state and conference tennis champions as well. They were the sons of James and Margaret Caldwell Erwin of Spartanburg, SC.

In tennis, James won the 1912 State Tennis Tournament in singles.  All the colleges in the state of South Carolina would send representatives to the tournament. In 1913, during his senior season, Erwin again won the state singles championship. James won the Southern Intercollegiate Athletic Association (SIAA) singles title in 1913 and he and his brother John won the SIAA doubles title that same season. The SIAA was a conference comprised of many of the current ACC and SEC teams.

On the basketball court, James played in the 1911-12 and 1912-13 seasons.  James graduated from Clemson in textiles in 1913.   He also won many amateur tennis tournaments around the south after his graduation from Clemson. He also picked up the game of golf and was very good on the links.

John Erwin graduated from Clemson in 1914, the same year that Frank Johnstone Jervey graduated.  He also majored in textiles and put together a very impressive athletic resume.

John was on the Clemson tennis team in 1912, 1913, and 1914.  He served as the president of the State Intercollegiate Tennis Association his senior year in 1914.  This position was in charge of running the annual state college tennis tournament.

The 1913 Taps yearbook called him “a fine point getter and very aggressive in every play.”

The brothers ran a grocery wholesaler in Spartanburg, SC. John was a veteran of World War I where he served as a Navy Ensign. He had a son who he named after his brother, James Overton Erwin.

John and James Erwin were not only early stars in basketball and tennis, but they also were pioneers that helped established these sports at Clemson and gave them a solid footing in their infancy.