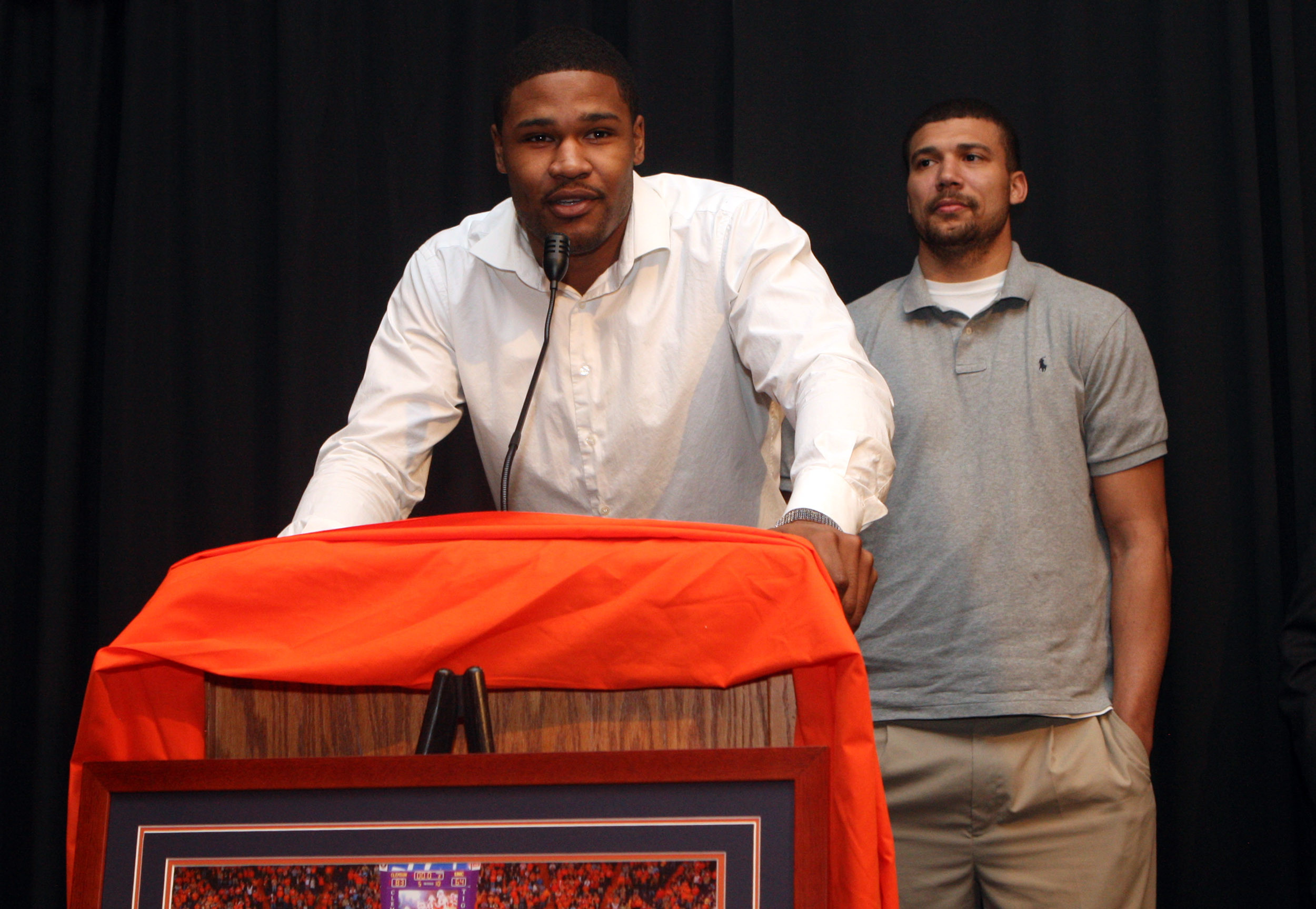 CLEMSON, SC – The Clemson men’s basketball team announced its 2012-13 award winners at the annual year-ending banquet at the school’s Madren Center on Sunday.

Clemson finished the season with a 13-18 overall record.  The Tigers were second in the ACC in scoring defense, yielding just 60.1 points per game – the lowest figure allowed by Clemson since 1950.  Clemson also established a school record for fewest turnovers per game at 11.45.

Senior post player Devin Booker was the 2013 recipient of the Paul Bowie Most Valuable Player Award.  Booker was a third-team All-ACC selection by the ACSMA, the fifth time in the last six seasons Clemson had at least one player honored as all-conference.  Booker led the Tigers in both points (13.1) and rebounds per game (7.5), and ranked in the top 10 of the ACC regular season in five different statistical categories.

K.J. McDaniels was honored with the Tom Lynch Most Improved Award.  He increased his scoring average by 7.0 points per game as a sophomore, the largest single-season increase by any Tiger since Will Solomon in 1999-2000.  McDaniels also improved his rebounding from 1.8 to 5.0 per game, and blocked 58 shots as a sophomore after tallying 20 as a freshman in 2011-12.

Jaron Blossomgame was the recipient of the team’s Tiger Pride Award.  The award was given to the player that best embodied the total student-athlete – academics, athletics and community service.  Blossomgame sat out the 2012-13 season and red-shirted due to recovery from a broken leg sustained as a senior at Chattahoochee (GA) High School.

Jordan Roper was the winner of the Tiger Strength Award for 2013.  The freshman from Columbia, SC gained over 10 pounds of muscle mass since enrolling last summer.  He also possesses one of the top vertical leaps on the roster, as well as one of the lowest percentages of body fat.

The only non-player award handed out Sunday was the Andy Balliet “Spirit of Clemson” Award.  This year’s recipient was marketing student assistant Jordan Plumblee, who was largely responsible for Clemson’s improved video board quality and an integral part of the popular Rock the ‘John event to tip off the season.