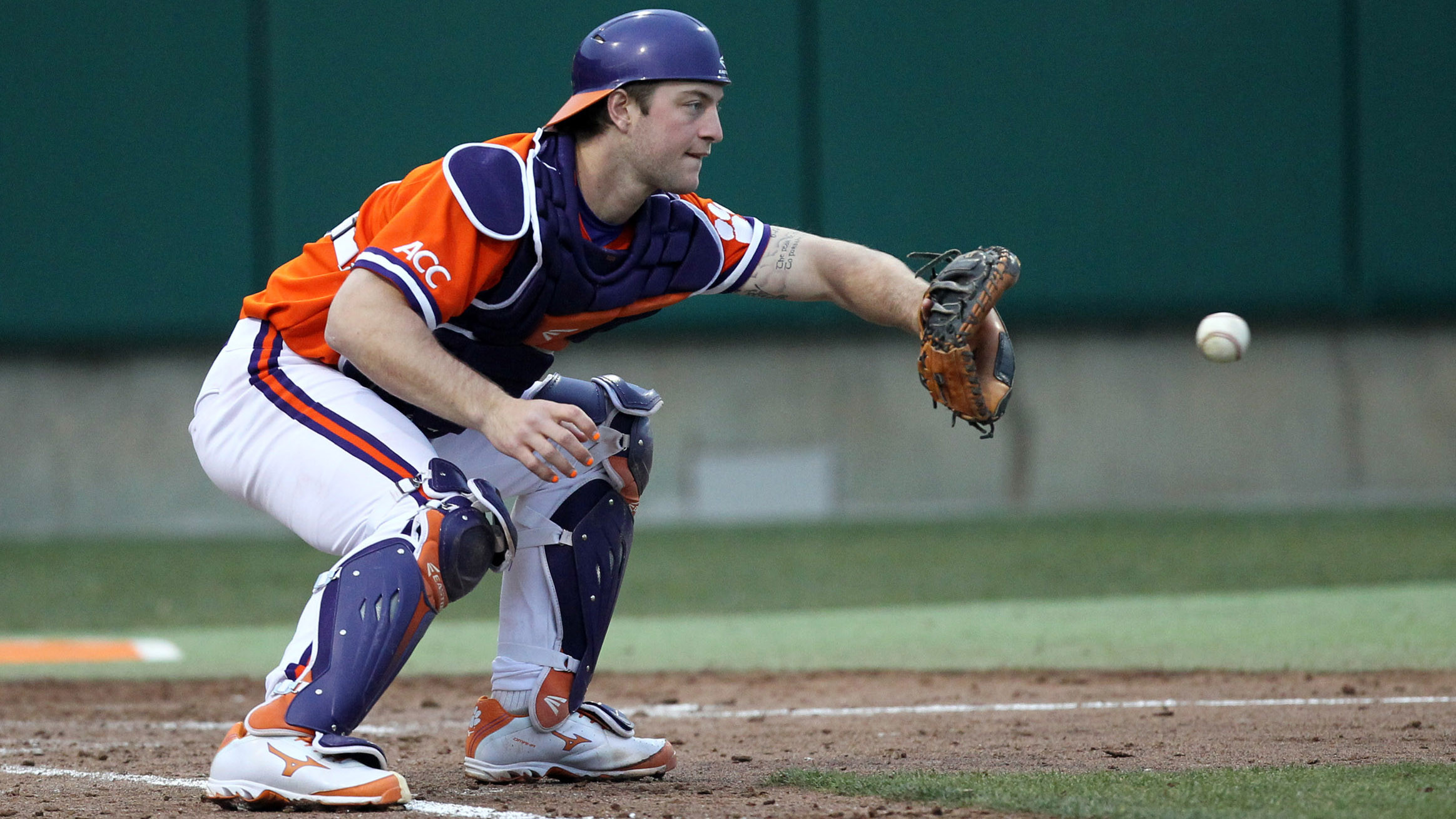 Quick Hits• Clemson swept Maine by a combined score of 28-7 over the weekend. The Tigers had a .371 batting average and 2.00 ERA in the series.• Head Coach Jack Leggett recorded his 1,268th career win on Saturday, moving him into sole possession of 10th place in all-time victories by a head coach at a Division I school.• In the Maine series, Garrett Boulware led the Tigers at the plate by going 6-for-10, while Tyler Krieger (5-for-9) and Tyler Slaton (7-for-13) also had strong series.• Tiger pitchers combined for only four walks in the Maine series, two of which came in the last inning of Sunday’s game.• Clemson has four come-from-behind wins among its five total victories in 2014.• Clemson leadoff batters of an inning have reached safely 50 percent of the time in 2014.• Tiger pitchers have combined for five pickoffs in only six games.• Jay Baum, Steven Duggar, and Tyler Krieger have hit safely in all six games in 2014. Duggar hit safely in the last nine games of 2013, meaning he is riding a 15-game hitting streak.• Freshman Chris Okey leads the team in RBIs (10).