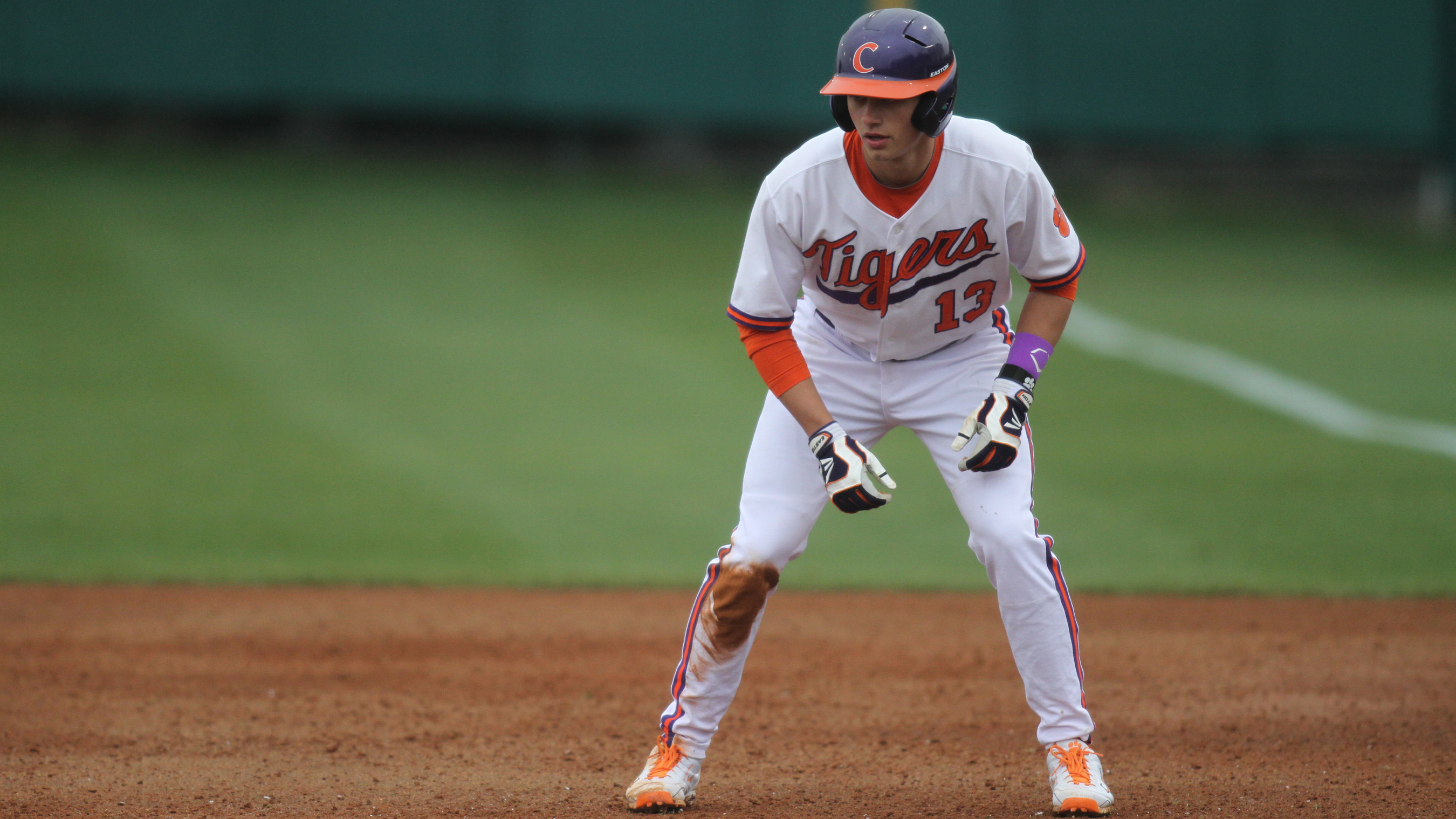 Last Week’s Game NotesClemson went 3-1 in four games this past week, which included a midweek win over Wofford at home and two wins in three games at #8 N.C. State over the weekend.

On the week, the Tigers outscored their opponents 27-15 and batted .281 with a .400 slugging percentage and .391 on-base percentage. They also totaled five doubles, one triple, three homers, 19 walks, six hit by-pitches, and 10 stolen bases. Clemson fielded at a .955 clip as well.

The Tiger pitching staff had a 2.57 ERA and .268 opponents’ batting average on the week. The staff also allowed 38 hits and 11 walks with 27 strikeouts in 35.0 innings pitched.

In two relief appearances on the week, Kyle Schnell pitched 5.0 strong innings. He allowed five hits, one run, and one walk with four strikeouts.

The top-five starters in the lineup combined to go 10-for-13 (.769) with seven RBIs, nine runs, and five steals to lead Clemson to a 9-2 win over Wofford at Doug Kingsmore Stadium on March 6. Baum and Kennedy both went 3-for-3, Steven Duggar totaled a game-high four RBIs, and Steve Wilkerson amassed a game-high three runs. The Tigers totaled 11 hits and seven walks in the game. Starter Matthew Crownover won his first game as a Tiger by allowing just three hits, one run, and no walks with three strikeouts in 5.0 innings pitched.

In game-one on March 8, Boulware went 4-for-5 with two homers, five RBIs, and three runs to lead Clemson to a 10-5 win over N.C. State. Trailing 4-0, the Tigers scored three runs in the fourth inning and five runs in the fifth inning off Carlos Rodon to take the lead for good. Boulware’s three-run homer, his first career long ball, in the fifth inning gave Clemson a 7-4 lead. Jon McGibbon added three hits in Clemson’s 11-hit attack. Starter Daniel Gossett totaled nine strikeouts in 6.1 innings pitched to earn the victory.

In game-two on March 9, Thomas Brittle hit a grand slam in the second inning to lift Clemson to a 7-4 win over N.C. State. Brittle’s long ball gave Clemson a 5-1 lead, then five Tiger pitchers worked out of several jams to allow only four of N.C. State’s 20 baserunners to score and strand 15 runners on base. Schnell pitched 2.2 scoreless innings in relief to earn his first victory as a Tiger, while Matt Campbell pitched a scoreless ninth inning to record the save. N.C. State outhit the Tigers 16-6, but it walked nine and hit two batters.

In game-three on March 10, four N.C. State pitchers allowed only one of the Tigers’ 14 baserunners to score in its 4-1 win over Clemson. The Tigers stranded 10 runners on base, including nine in scoring position, and had two runners gunned down at the plate after singles in the sixth and seventh inning. Both teams totaled 10 hits, while N.C. State added two insurance runs in the eighth inning on a two-out double by pinch-hitter Sam Morgan. Scott Firth allowed just one earned run in 6.2 innings pitched, but suffered the loss.

2013 Season NotesClemson has a 9-5 overall record and 2-1 ACC mark on the season. The Tigers are in second place in the ACC Atlantic Division standings behind Florida State (3-0). Clemson is tied for third place in the overall ACC standings. North Carolina leads the ACC Coastal Division with a 3-0 league mark.

The Tigers, who are averaging 4.9 runs per game, are hitting .254 with a .341 slugging percentage and .331 on-base percentage thanks to 44 walks and 11 hit-by-pitches. The team has also totaled 23 doubles, one triple, five homers, and 20 stolen bases. Since the first game of the season, a game Clemson won 2-0, the Tigers are 8-0 when scoring more than two runs and 0-5 when scoring two runs or less. Clemson is fielding at a .972 clip as well.

Kyle Schnell has been Clemson’s best long reliever this season. He is 1-0 and has surrendered only one run and seven hits in 11.0 innings pitched, good for an 0.82 ERA and a .175 opponents’ batting average. Matt Campbell has all four of the team’s saves along with a 1.59 ERA in six relief appearances.

Clemson will return to action with four home games next week. The Tigers will face Charleston Southern on Wednesday afternoon before hosting Virginia in a three-game series at Doug Kingsmore Stadium over the weekend.