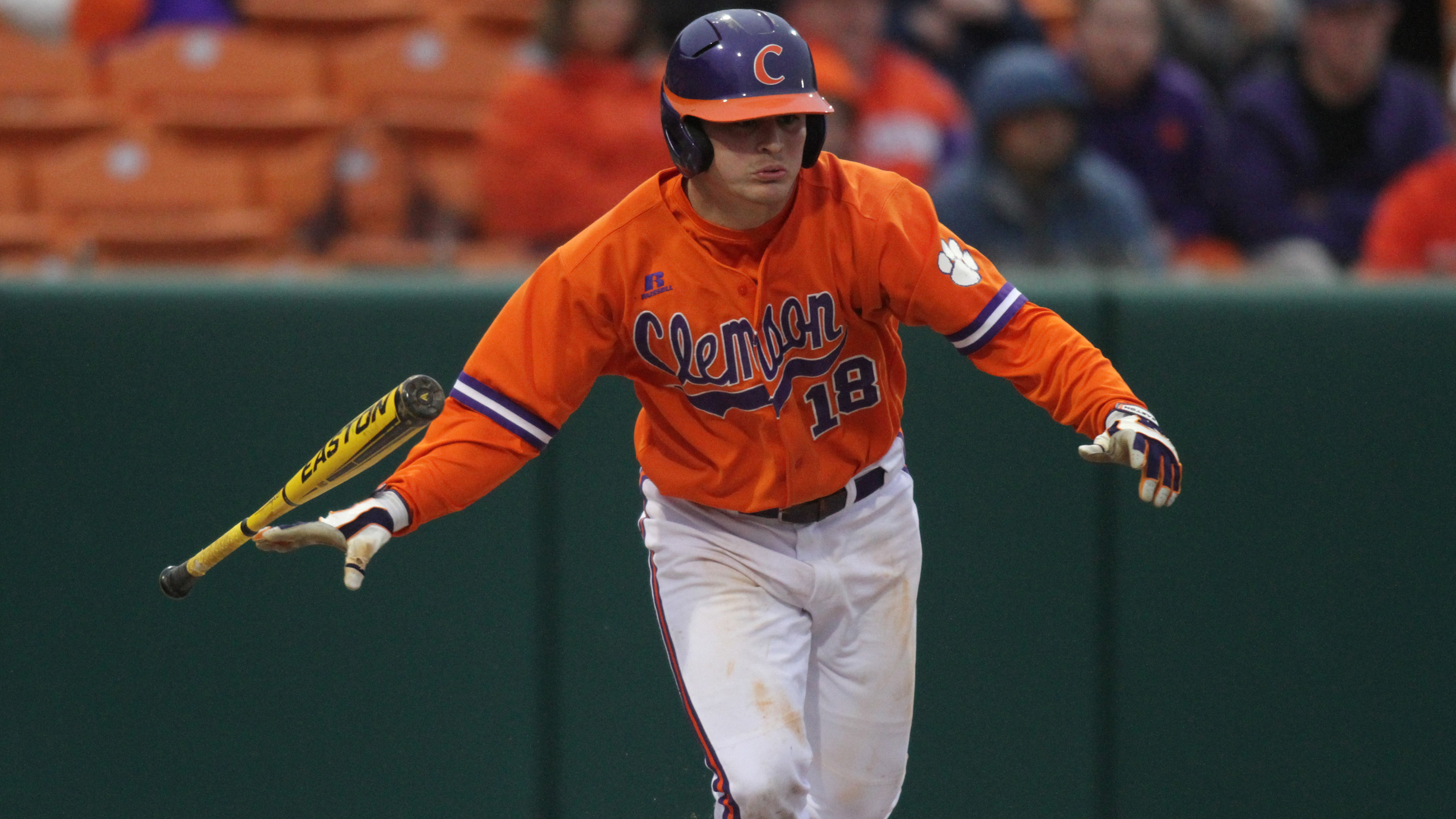 Last Week’s Game Notes & RecapsClemson went 1-2 in three games this past week. The Tigers split a midweek, home-and-home series against Georgia, then fell at #1 North Carolina 10-3 on Saturday. Action in game-two of the series, scheduled for Sunday night, was suspended in the third inning with the Tar Heels leading 2-0.

The Tiger pitching staff had a 5.54 ERA and .312 opponents’ batting average on the week. The staff also allowed 34 hits and seven walks with 16 strikeouts in 26.0 innings pitched.

Matthew Crownover led the pitching staff during the week by allowing just one run and four hits in 5.0 innings pitched.

Clemson and Georgia split a two-game, home-and-home, midweek series on March 26,27. Both teams won on the opponent’s home field. Clemson outscored the Bulldogs 12-6 and outhit them .282 to .217. Slaton went 5-for-8 (.625) with one double and two walks, while Jon McGibbon went 3-for-7 (.429) with one double and five RBIs. The Tiger pitching staff had a 3.00 ERA and 14 strikeouts against seven walks, while Clemson committed just one error.

In game-one at Foley Field in Athens, GA on March 26, Crownover pitched 5.0 strong innings to lead Clemson to a 9-1 win over Georgia. Crownover allowed just four hits and one run to earn the win, then Jonathan Meyer and Patrick Andrews both pitched 2.0 scoreless innings to close out the game. Slaton went 4-for-5 with two runs to lead Clemson’s 13-hit attack, while Duggar went 3-for-5 with his first career homer. McGibbon added four RBIs, including three RBIs on a bases-clearing double in the third inning. The Tigers pulled away with four runs in the fifth inning.

In game-two at Doug Kingsmore Stadium in Clemson, SC on March 27, Georgia hit three home runs in its 5-3 win over Clemson. Kyle Farmer hit a two-run homer in the first inning and the Bulldogs never relinquished their lead. Hunter Cole and Jared Walsh added solo homers, while Walsh recorded the save. The Tigers rallied in the ninth inning with a run and put the potential tying run on first base, but they fell short. The Tigers put 14 batters on base to Georgia’s 12, but Clemson stranded eight runners on base and grounded into two double plays.

Then in the only completed game against North Carolina on March 30, the Tar Heels scored four runs in both the first and third innings and cruised to a 10-3 win over Clemson. The Tar Heels totaled 19 hits, led by four hits and two RBIs by Cody Stubbs. Matt Roberts added a three-run homer in the third inning that broke the game open. Slaton went 3-for-4 with two runs and a walk to lead Clemson, who totaled 11 hits but only scored three of its 14 baserunners. Kent Emanuel allowed just one run on nine hits in 8.0 innings pitched to earn the win.

2013 Season NotesClemson has a 16-10 overall record and 5-5 ACC mark on the season. Clemson, who has played the nation’s seventh-toughest schedule according to WarrenNolan.com, is in second place in the ACC Atlantic Division standings behind Florida State (8-4). N.C. State (5-7) is third, while Wake Forest (4-8) and Maryland (4-8) are tied for fourth. North Carolina leads the overall ACC standings with an 8-1 mark, while the Tigers are tied for sixth in the overall ACC standings with Duke (6-6).

The Tigers, who are averaging 5.2 runs per game, are hitting .274 with a .360 slugging percentage and .340 on-base percentage thanks to 79 walks and 14 hit-by-pitches. The team has totaled 43 doubles, three triples, nine homers, and 35 stolen bases. The Tigers are also 9-0 when scoring in the first inning and 10-1 when scoring first.

Three Tiger freshmen, Matthew Crownover, Brody Koerner, and Clate Schmidt, have combined to start 12 games on the mound. Clemson has a 10-2 record in those 12 games.