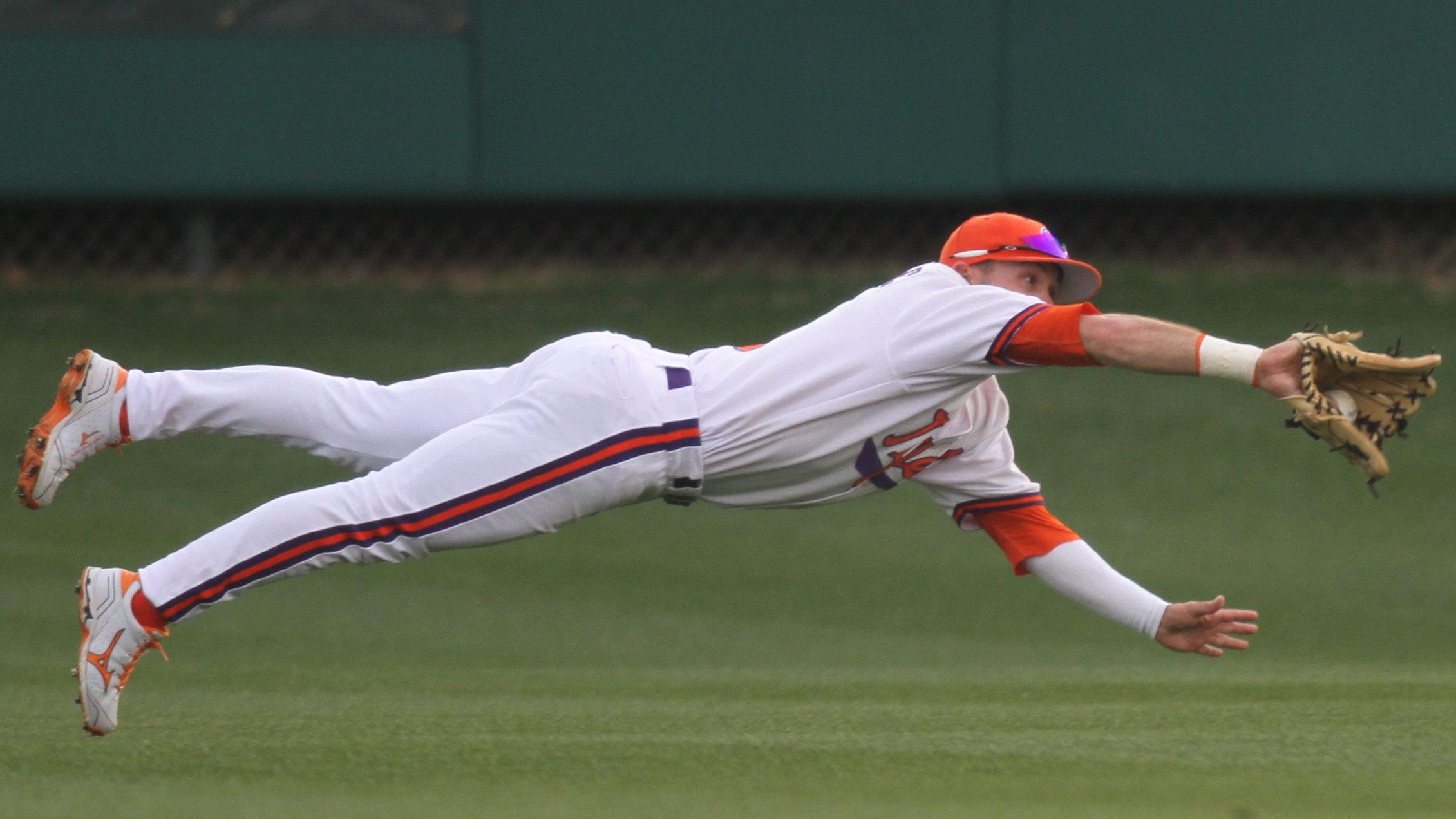 Last Week’s Game Notes & RecapsClemson went 4-1 in five home games this past week. The Tigers swept Morehead State in a two-game, midweek series, then won two of three games against Duke over the weekend.

On the week, the Tigers outscored the opposition 31-24 and batted .317 with a .384 slugging percentage and .370 on-base percentage. They also totaled eight doubles, one homer, 14 walks, and nine stolen bases. Clemson fielded at a .975 clip as well.

The Tiger pitching staff had a 4.60 ERA and .290 opponents’ batting average on the week. The staff also allowed 51 hits and 17 walks with 26 strikeouts in 45.0 innings pitched.

In game-one on March 19, Clemson scored six runs in the fourth inning to defeat Morehead State 10-5. Boulware capped the six-run uprising with a three-run homer with two outs in the fourth inning. The Eagles led 2-0 and 3-1 before the Tigers took the lead for good in the fourth. Boulware went 2-for-4 with four RBIs, while Brittle went 3-for-4 with two steals. Jay Baum added a game-high three runs as well. The Tigers outhit the Eagles 12-9. Kent pitched 3.0 scoreless innings in relief with four strikeouts to earn the win.

In game-two on March 20, Brody Koerner, Jonathan Meyer, and Erwin combined to allow only two of 16 baserunners to score in Clemson’s 5-2 win over Morehead State. Trailing 2-1, the Tigers plated a run in the fifth inning to tie the score, then McGibbon’s run-scoring single in the sixth inning gave Clemson the lead for good. McGibbon went 2-for-4 with three RBIs, while Boulware went 2-for-2 with one RBI, two runs, and two walks. Meyer tossed 4.0 scoreless innings with three strikeouts to earn the win, while Erwin pitched a hitless and scoreless ninth inning to record his first career save.

Clemson then won two of three games over Duke despite being outscored 17-16 at Doug Kingsmore Stadium on March 22,23. The Tigers outhit the Blue Devils .304 to .296 and totaled five doubles and six steals. The Tigers scored at least one run in 10 straight innings over the first two games of the series. Brittle went 5-for-9 (.556) with two RBIs, four runs, and two steals, while Shane Kennedy went 3-for-6. The Tiger pitching staff had a 5.67 ERA and 14 strikeouts against 10 walks in 27.0 innings pitched.

In game-one on March 22, Daniel Gossett tossed a five-hit shutout in Clemson’s 7-0 win over Duke. Gossett gave up just five hits, no runs, and no walks with three strikeouts in the first shutout by a Tiger since 2008. Clemson scored in each of its last five innings at the plate, highlighted by a three-run uprising in the sixth inning. Brittle went 4-for-4 with one RBI, two runs, and two steals to lead the Tigers, who amassed 14 hits in the contest. Steven Duggar, Boulware, and McGibbon all added two hits apiece.

In game-two on March 23, which was the first game of a doubleheader, every Tiger starter had at least one hit in Clemson’s 8-4 win over Duke. The Tigers scored in each of the first five innings after Duke scored two runs in the first inning. Boulware went 2-for-4 with two RBIs to pace the Tigers’ 12-hit attack. Clemson also had four stolen bases and did not commit an error. Erwin pitched 4.1 scoreless innings in relief of three-hit ball with three strikeouts to earn the win. All four of the Blue Devils’ runs came with two outs.

In game-three on March 23, which was the second game of a doubleheader, Duke scored eight runs in the fourth inning on its way to a 13-1 win over Clemson. Duke scored three runs with two outs in the second inning, then scored six of its eight runs in the fourth inning with two outs. Duke’s victory snapped Clemson’s eight-game winning streak in the series. Andy Perez went 3-for-4 with five RBIs to pace the Blue Devils’ 15-hit attack. Starter Robert Huber yielded just five hits and one run in 6.0 innings pitched to earn the win.

2013 Season NotesClemson has a 15-8 overall record and 5-4 ACC mark on the season. Clemson, who has played the nation’s seventh-toughest schedule according to WarrenNolan.com, is in second place in the ACC Atlantic Division standings behind Florida State (7-2). Maryland, N.C. State, and Wake Forest are tied for third in the division with 3-6 league marks. North Carolina leads the overall ACC standings with a 7-1 mark, while the Tigers are tied for fifth in the overall ACC standings.

The Tigers, who are averaging 5.2 runs per game, are hitting .272 with a .359 slugging percentage and .337 on-base percentage thanks to 67 walks and 13 hit-by-pitches. The team has totaled 37 doubles, three triples, eight homers, and 33 stolen bases. The Tigers are also 8-0 when scoring in the first inning and 9-1 when scoring first.

Garrett Boulware leads the team with a .370 batting average, four doubles, one triple, four homers, and a 23 RBIs. The sophomore catcher leads the team in batting average, homers, and RBIs. Thomas Brittle is hitting .321 with a .417 on-base percentage and a team-high nine steals, while Steve Wilkerson is batting .304 with a team-high eight doubles and six steals. Brittle is hitting a team-best .414 in ACC games as well.

Three Tiger freshmen, Matthew Crownover, Brody Koerner, and Clate Schmidt, have combined to start 10 games on the mound. Clemson has a 9-1 record in those 10 games.

Clemson will face Georgia in a two-game, midweek, home-and-home series on Tuesday in Athens and Wednesday in Clemson. Both games will start at 7:00 PM and both contests will be televised by CSS. The Tigers will then travel to Chapel Hill, NC to take on North Carolina in a three-game series from Saturday to Monday. Sunday night’s game will be televised by RSN.