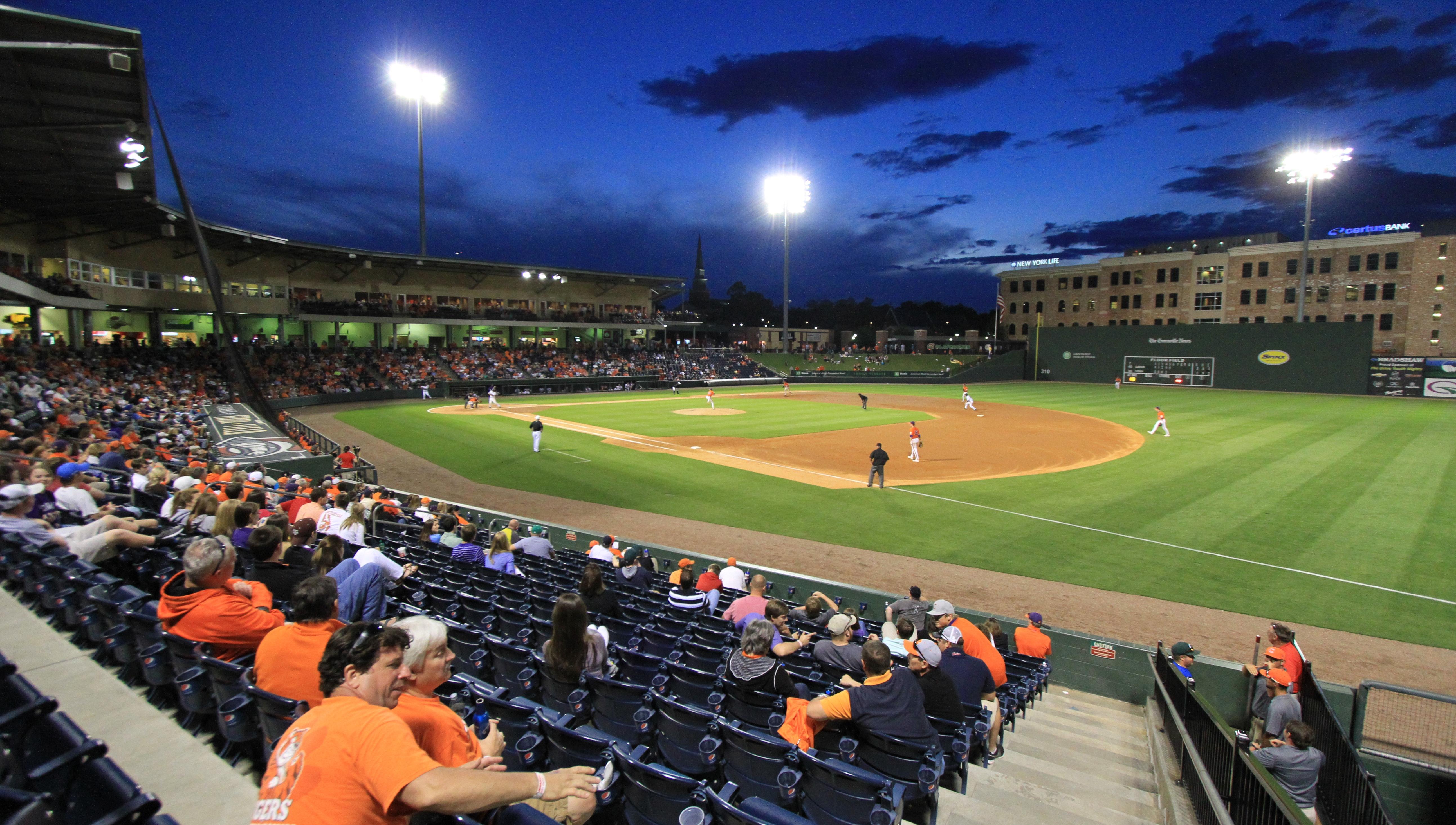 Baseball returns to Fluor Field for a day this fall, as Clemson will face College Lafleche from Quebec on Thursday, October 17.  The game will begin at 5:30 PM, with gates opening to the public at 4:30 PM.

All tickets are $7.00 for this special game and can be purchased by contacting the Greenville Drive ticket office at (864) 240-4528 or logging on to GreenvilleDrive.com.

“We are excited to play this game against College Lafleche,” said Clemson Head Coach Jack Leggett, who is entering his 21st season with the Tigers.  “It will be a great experience to play at Fluor Field against outside competition during fall practice.  We encourage all Tiger fans to come out to Fluor Field for some fall baseball.”

The Tigers are no strangers to Fluor Field, having played some of their games at the stadium since 2007.  In 2013, Clemson played one of their Reedy River Rivalry games against arch-rival South Carolina in March at Fluor Field, and also played Furman there in May.  Clemson is holding some of its fall practices at the facility due to renovations being completed at Doug Kingsmore Stadium.

“Having a unique partnership with Clemson University allows us to host special games and events such as this,” commented Greenville Drive President and Co-Owner Craig Brown.  “The Drive are happy to host Clemson and College Lafleche at Fluor Field, and we encourage any Clemson fans or baseball fans to come out and catch some fall baseball between two quality programs.”

Clemson put together another terrific season in 2013, posting a 40-22 record, earning a bid to the NCAA Tournament for the fifth consecutive year and ending the season ranked in the top 25 in the USA Today Coaches poll.  The Tigers have made the NCAA Tournament in 19 of Leggett’s 20 seasons as head coach.

The game is one of nine contests that College Lafleche is playing in the United States as part of its fall schedule, which includes games in the Carolinas, Florida, Maryland, and New York.