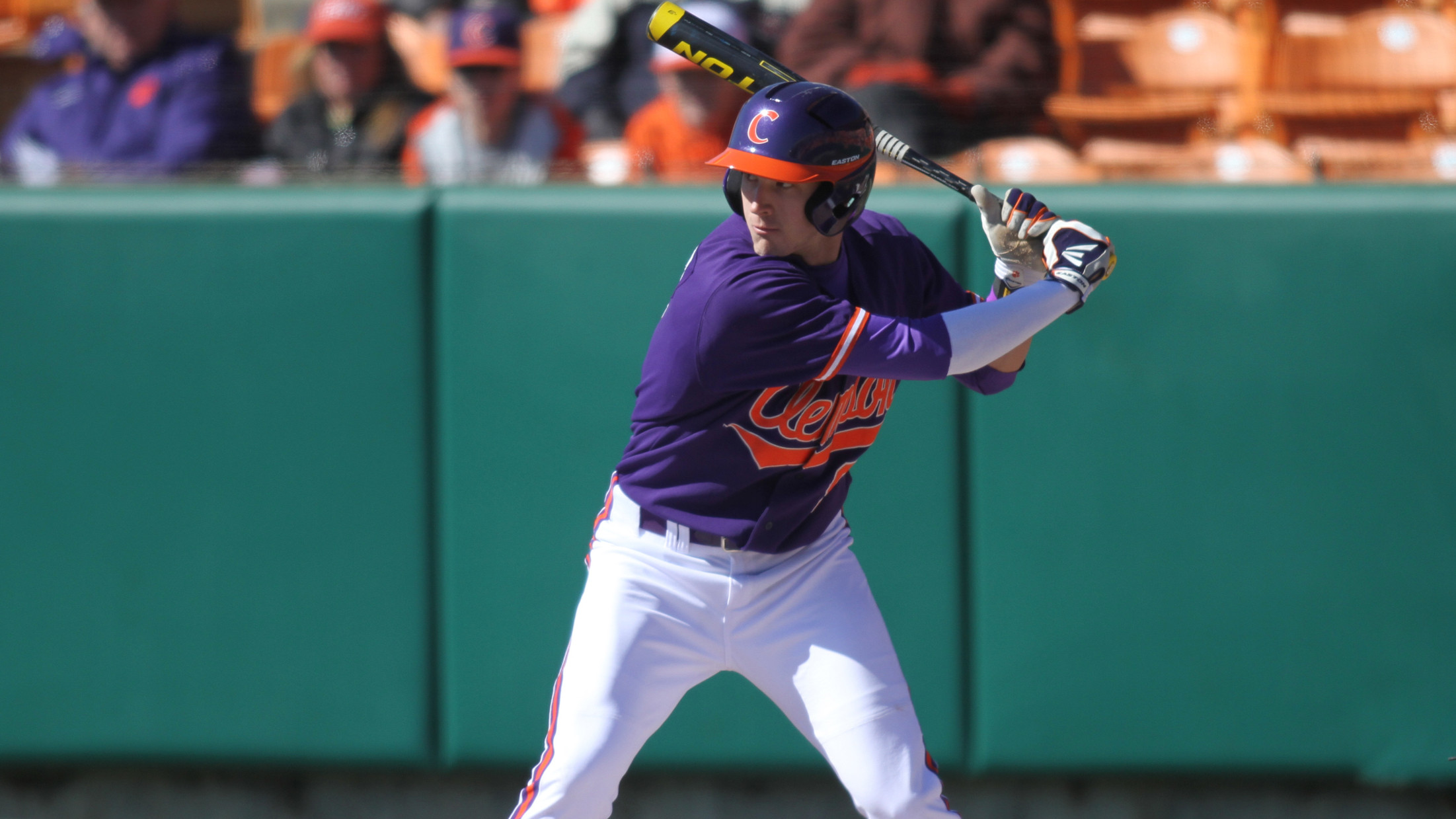 Live stats will be available at ClemsonTigers.com for all three games as well.

The SeriesClemson and Wright State have met three times, as the Tigers swept the Raiders in the three-game series at Doug Kingsmore Stadium from February 26-28, 2010. The Tigers outscored the Raiders 24-15 in the series.

In game-one, Kyle Parker went 3-for-3 with two runs in Clemson’s 4-3 win, then Brad Miller hit a run-scoring double in the eighth inning to give Clemson the lead for good in its 8-6 victory in game-two. Jeff Schaus went 3-for-3 with a homer and five RBIs and Parker added two solo homers in the Tigers’ 12-6 win in the series-finale.

The three matchups between Clemson and Wright State are the only three times Jack Leggett has faced the Raiders as a head coach.

The Starting PitchersIn game-one, Wright State will start senior righthander Casey Henn (1-0, 0.00 ERA) on the mound. The Cincinnati, OH native has made one start for a total of 6.0 innings pitched. He has allowed three hits (.150 opponents’ batting average) and one walk with three strikeouts.

The Tigers will counter with sophomore righty Daniel Gossett (0-0, 0.00 ERA) on Friday. The Lyman, SC native has made one start for a total of 6.2 innings pitched. He has surrendered four hits (.182 opponents’ batting average) and one walk with six strikeouts.

In game-two, the Raiders will start junior righthander Taylor Braun (0-0, 1.59 ERA) on the mound. The Marion, OH native has made one start for a total of 5.2 innings pitched. He has given up nine hits (.360 opponents’ batting average) and one walk with five strikeouts.

Clemson will counter with freshman righthander Clate Schmidt (0-0, 0.00 ERA) on Saturday. The Acworth, GA native has made one relief appearance for a total of 2.2 innings pitched. He has given up three hits (.273 opponents’ batting average) and no walks with three strikeouts.

In game-three, Wright State will start freshman lefty Robby Sexton (1-0, 2.25 ERA) on the mound. The Pataskala, OH native has made one start for a total of 4.0 innings pitched. He has yielded three hits (.214 opponents’ batting average) and one walk with three strikeouts.

The Tigers will counter with senior righty Scott Firth (1-0, 1.29 ERA) on Sunday. The Buffalo Grove, IL native has made one start for a total of 7.0 innings pitched. He has allowed two hits (.091 opponents’ batting average) and one walk with five strikeouts.

The RaidersWright State, led by ninth-year Head Coach Rob Cooper, enters the series at Clemson with a 3-0 overall record after defeating Dayton 5-1 at home on Monday. The Raiders also won both games last weekend at a tournament in Cary, NC. This marks the Raiders’ first 3-0 start to a season since 1991.

Wright State is averaging 7.3 runs per game and hitting .341 with a .482 slugging percentage and .468 on-base percentage thanks to 17 walks and six hit-by-pitches against 16 strikeouts. The team has also totaled four doubles, one triple, two home runs, and six stolen bases in eight attempts.

The pitching staff has a 1.67 ERA and .230 opponents’ batting average along with 24 strikeouts against seven walks in 27.0 innings pitched. Junior righthander Joey Hoelzel has not allowed a run with three strikeouts in 2.2 innings pitched. Wright State, who has allowed two steals in four attempts, is fielding at a .976 clip as well.

The TigersClemson enters the series against Wright State with a 2-1 overall record after winning two of three games against William & Mary at home last weekend.

The Tigers are averaging 5.3 runs per game and hitting .305 with a .410 slugging percentage and .330 on-base percentage thanks to four walks against 14 strikeouts. Clemson has also totaled eight doubles, one homer, and two stolen bases in three attempts.

Freshman Steven Duggar leads the team with a .556 batting average (5-for-9) along with two doubles and three runs. Steve Wilkerson is 5-for-12 (.417) with a double, four RBIs, and two runs. Shane Kennedy has Clemson’s lone home run along with four RBIs as well.

The pitching staff has a 4.00 ERA and .257 opponents’ batting average in 27.0 innings pitched. The staff has allowed nine walks against 21 strikeouts, good for a 2.33 strikeout-to-walk ratio. Junior righty Matt Campbell has the team’s lone save. The Tigers are fielding at a .976 clip as well.

Freshmen Making Instant ImpactA total of 18 (15 freshmen) of Clemson’s 35 players entered the 2013 season having never played a game in a Tiger uniform. Despite Clemson’s youth and inexperience, many of those young players have made an instant impact, particularly at the plate.

Clemson’s eight freshmen who have seen action at the plate have combined to go 13-for-31 (.419). That is a big reason the Tigers are hitting .305 as a team on the season.

Freshmen Steven Duggar (RF) and Tyler Krieger (SS) have seen the most action in the field, as both have started all three games in 2013. Duggar is leading the team by going 5-for-9 (.556) with two doubles and three runs.

Gossett Leading RotationSophomore righthander Daniel Gossett (Lyman, SC) has picked up where he left off in 2012 when he was the team’s best pitcher during the latter stages of his freshman campaign. He became the first freshman righthander to lead Clemson in strikeouts since 1997 (Ryan Mottl) when he totaled 87 on the season.

In 2013, Gossett has become the Friday starter for the weekend rotation. He is 0-0 with an 0.00 ERA and has allowed only four hits (.182 opponents’ batting average) and one walk with six strikeouts in 6.2 innings pitched over one start. In the season-opener, he tossed 6.2 scoreless innings of four-hit ball in Clemson’s 2-0 victory over William & Mary.

In his career, Gossett is 6-3 with two saves, a 3.98 ERA, and .218 opponents’ batting average along with 93 strikeouts in 83.2 innings pitched over 20 appearances (11 starts). If he had enough innings pitched to qualify (100 is the minimum), his 10.00 strikeouts-per-nine-innings-pitched mark would be fifth-best in school history.