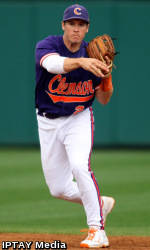 Clemson vs. Western Carolina Clemson (6-7) will travel to Cullowhee, NC to take on Western Carolina (12-4) at Hennon Stadium on Wednesday. First pitch is scheduled for 4:00 PM. The game will be broadcast live on the radio by WCCP (104.9 FM) out of Clemson and can be heard live on the internet at ClemsonTigers.com.

The Series Clemson and Western Carolina have met 67 times, with the Tigers leading 54-13 in the series dating to 1974. The two have played at least one game every year since 1978.

The two teams faced off twice in 2011, with the Tigers winning both. On April 6 at Doug Kingsmore Stadium, Jason Stolz hit his only homer of the year in Clemson’s 12-3 win. Then at Hennon Stadium, the Tigers beat the Catamounts 6-4 in an eight-inning game that was shortened by rain.

The Starting Pitchers Western Carolina’s starting pitcher has yet to be announced.

The Tigers will start freshman righthander Daniel Gossett (0-2, 9.64 ERA) on Wednesday. The Lyman, SC native, who will be making his first career start, has made five relief appearances for a total of 4.2 innings pitched. He has yielded six hits (.333 opponents’ batting average) and four walks with four strikeouts.

The Catamounts Western Carolina, led by fifth-year Head Coach Bobby Moranda, enters Wednesday’s game against Clemson with a 12-4 overall record and 2-1 SoCon mark after winning two of three games at The Citadel over the weekend. Western Carolina, who defeated #8 Georgia on the road by a score of 5-3 on February 29, has an 8-0 record at home in 2012.

Western Carolina is averaging 7.7 runs per contest and hitting .318 with a .453 slugging percentage and .402 on-base percentage thanks to 73 walks and 14 hit-by-pitches against 81 strikeouts. The team has also totaled 43 doubles, two triples, nine home runs, and 30 stolen bases in 39 attempts.

Connor Andrus leads the team with a .421 batting average, while Dale Urquhart is hitting .412. Aaron Attaway is batting .392 with six doubles and Ross Heffley is hitting .386 with 17 walks against no strikeouts and seven steals in seven attempts. Jacob Hoyle is batting .383 with two homers, and a team-high 27 RBIs as well.

The pitching staff has a 3.89 ERA and .243 opponents’ batting average along with 119 strikeouts against 71 walks in 141.0 innings pitched. Junior righthander Preston Hatcher has five of the team’s six saves. In 14.0 innings pitched over nine relief appearances, he has a 2-0 record, 1.29 ERA, .204 opponents’ batting average, and 13 strikeouts. Western Carolina is fielding at a .969 clip as well.

The Tigers Clemson enters Wednesday’s game at Western Carolina with a 6-7 overall record and an 0-3 ACC mark after being swept at home over the weekend by #6 North Carolina. The Tigers, who have lost their seven games by 11 combined runs, is 0-1 on opponents’ home fields in 2012.

The Tigers are averaging 6.0 runs per game and hitting .272 with a .411 slugging percentage and .374 on-base percentage thanks to 61 walks and 18 hit-by-pitches against 83 strikeouts. Clemson has also totaled 26 doubles, two triples, 11 homers, and 10 stolen bases in 14 attempts.

Richie Shaffer, the lone Tiger from the state of North Carolina, leads the team with a .447 batting average, seven doubles, one triple, four homers, 14 RBIs, 17 runs, and a .581 on-base percentage. Jason Stolz and Phil Pohl are both batting .333, while Pohl has totaled three homers, four doubles, and a team-high 17 RBIs. Thomas Brittle has a team-high three stolen bases as well.

The pitching staff has a 3.38 ERA and .275 opponents’ batting average in 120.0 innings pitched. The staff has allowed 47 walks against 99 strikeouts, good for a 2.11 strikeout-to-walk ratio. Freshman righty Daniel Gossett has the team’s only save. The Tigers are fielding at a .962 clip as well.

Stolz Making the Most of His Senior SeasonJason Stolz (Marietta, GA), who has started all 13 games at shortstop, has had a solid senior season for the Tigers. He is hitting .333 with one home run, three doubles, five RBIs, five runs, and two stolen bases. But Stolz’s value is even greater in the field, where he has committed only two errors in 66 chances, good for an outstanding .970 fielding percentage. 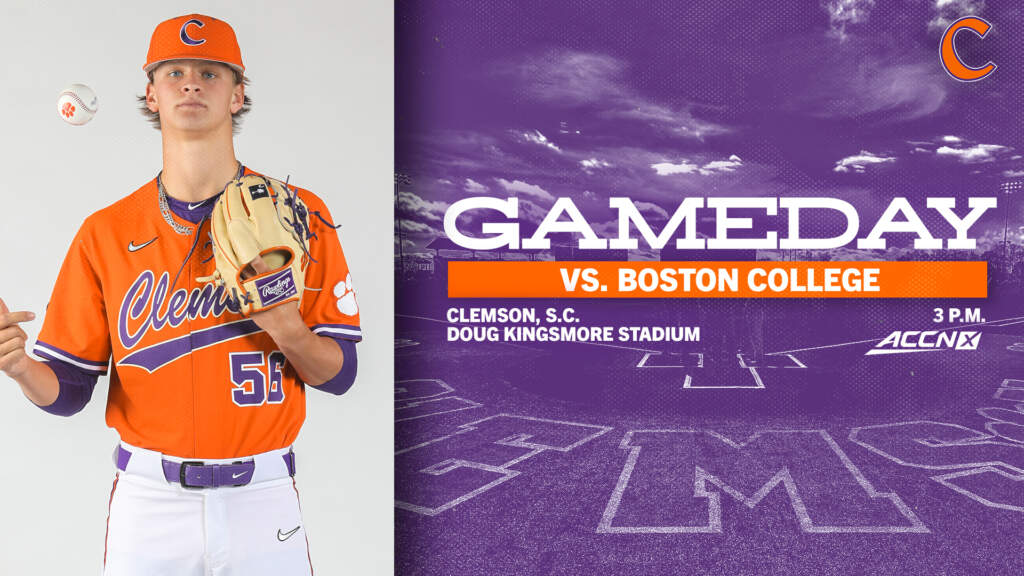