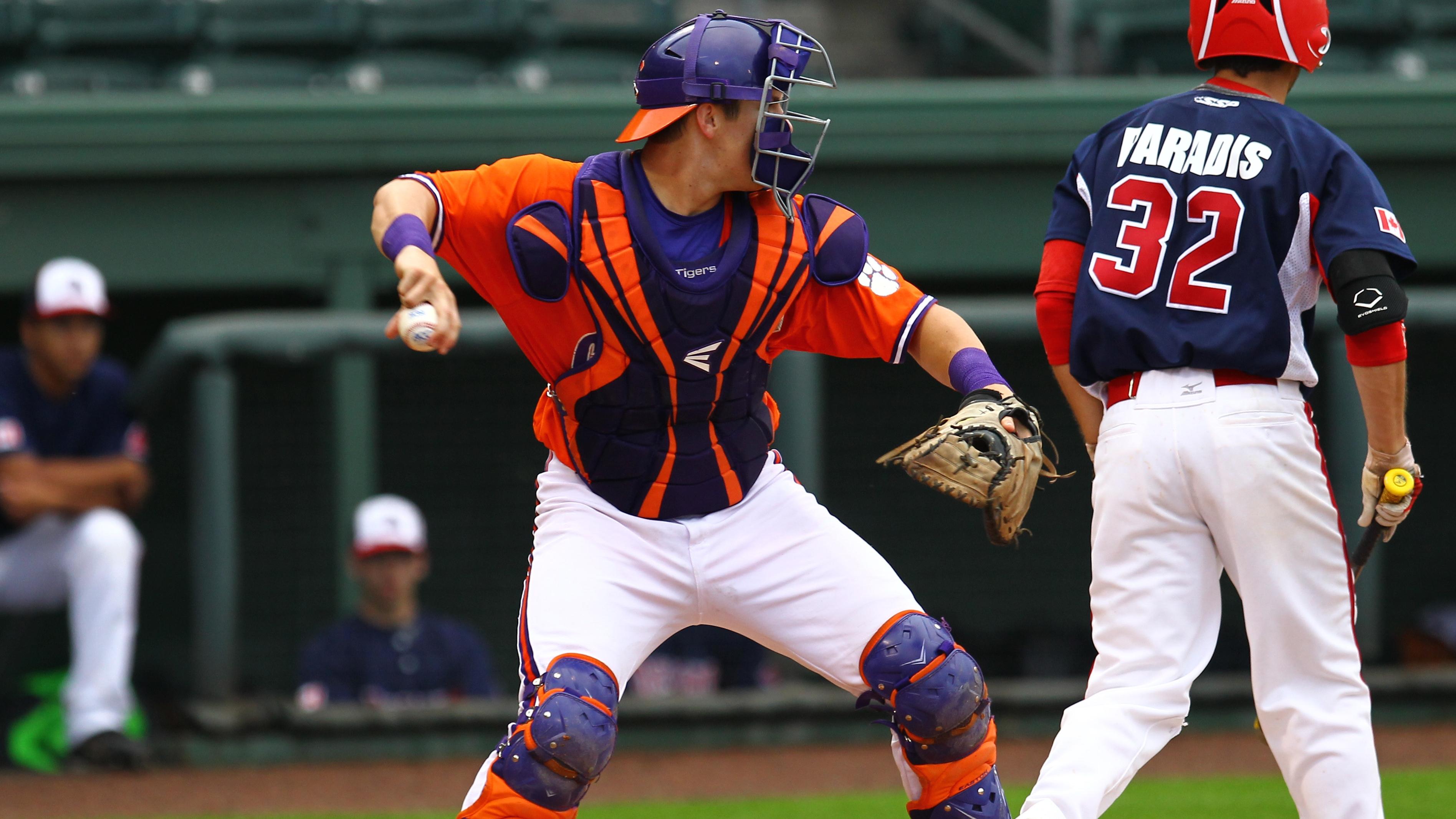 Clemson’s nine-player baseball recruiting class was ranked #16 in the nation by Baseball America on Tuesday.  Head Coach Jack Leggett along with Assistant Coaches Dan Pepicelli and Bradley LeCroy (recruiting coordinator) recruited the class that was third-best in the ACC.  All nine Tigers are already on campus and have been going through fall workouts in preparation for the 2014 season-opener against Eastern Michigan on February 14.

The newcomers include two players who were selected in the 2013 Major League draft.  Infielder Eli White (Easley, SC) was a 26th-round draft pick by the Cincinnati Reds and catcher Chris Okey (Mount Dora, FL) was a 31st-round draft pick of the San Diego Padres.