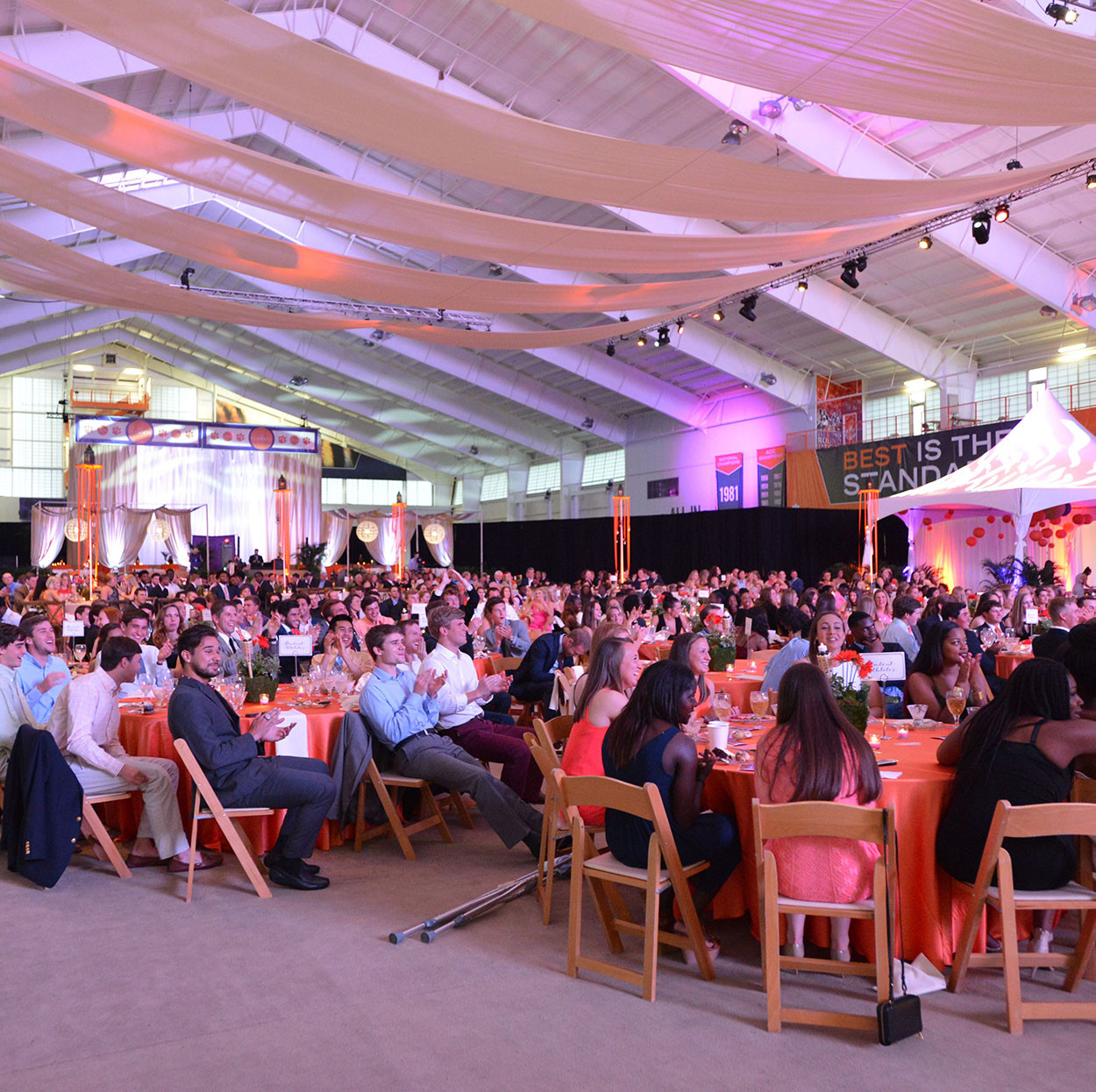 Clemson Athletics held its annual athletic and academic award banquet, the CLEMMYs, on Monday, April 11 at the Clemson Indoor Football Facility. It was a night to recognize and celebrate the many achievements of Tiger student-athletes both on and off the field of play.

ACC Scholar-Athlete of the Year

Bill D’Andrea Service AwardPresented to individuals who demonstrate a commitment to academics, devotion to service and excellence in leadership

Unsung Hero AwardPresented to a senior support staff member who has gone above and beyond, demonstrating an unwavering dedication to the program

Record Breaking PerformancePresented to an individual or team who broke school, regional or national records

Andrew Tarbell – Men’s Soccer: On Dec. 11, 2015, recorded a season-high eight saves in helping Clemson advance past Syracuse in a 0-0 double-overtime draw and shootout, to reach the NCAA College Cup Final

Solid Orange Male & FemalePresented to individuals who exemplify the characteristics of a Clemson student-athlete through leadership, athletic performance, service, academics and sportsmanship