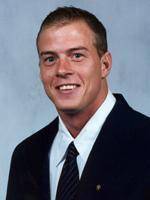 “Jarrett Foster was one of the top young assistant coaches in the country,” said Pollock. “He did every phase of his job well. He had such a positive effect on our student-athletes, and we will all miss him. You could see that positive effect in the results on the track and in the classroom. We just completed our best season ever in the field events, the area he coached.

“This is a deep loss for our program, our athletic department, our community and to me personally. What a great person, an outstanding representative of this University in everything he did. Our prayers are with his entire family, especially his parents.”

Foster had a great impact on the Clemson program over his career, coaching 12 All-Americans, 40 NCAA qualifiers, 23 ACC Champions and 55 All-ACC selections. During his time as an assistant coach Clemson had five top 20 team finishes and won six team ACC Championships.

Clemson’s field event athletes had just completed their most successful season in history in many areas under Foster. In 2006, he coached four All-Americans, five ACC Champions and nine All-ACC athletes. Clemson had an All-American in the pole vault (indoors), the heptathlon (indoors) and the triple jump (outdoors) for the first time in school history, and had an outdoor decathlon All-American for just the second time.

Foster was a big reason Clemson finished second at the ACC Outdoor championships, fourth at the NCAA East Region and 26th at the NCAA national meet in 2006.

Foster was named the East Region Assistant Coach of the Year for Jumps/Combined Events in 2005, by the United States Track and Field/Cross Country Coaches Association (USTCA). He earned the inaugural award after coaching a long jumper and triple jumper to the NCAA Outdoor Championships, as well as a high jumper, pole vaulter, and two throwers to competition at the East Region Championships.

A three-year letter winner on the Western Carolina track and field team, Foster was chosen team captain and MVP his senior season. Foster earned his bachelor’s degree in parks and recreation management from Western Carolina in 1995 and completed his master’s degree in education at the school in 1997.

Details of a memorial service will be announced at a later time.