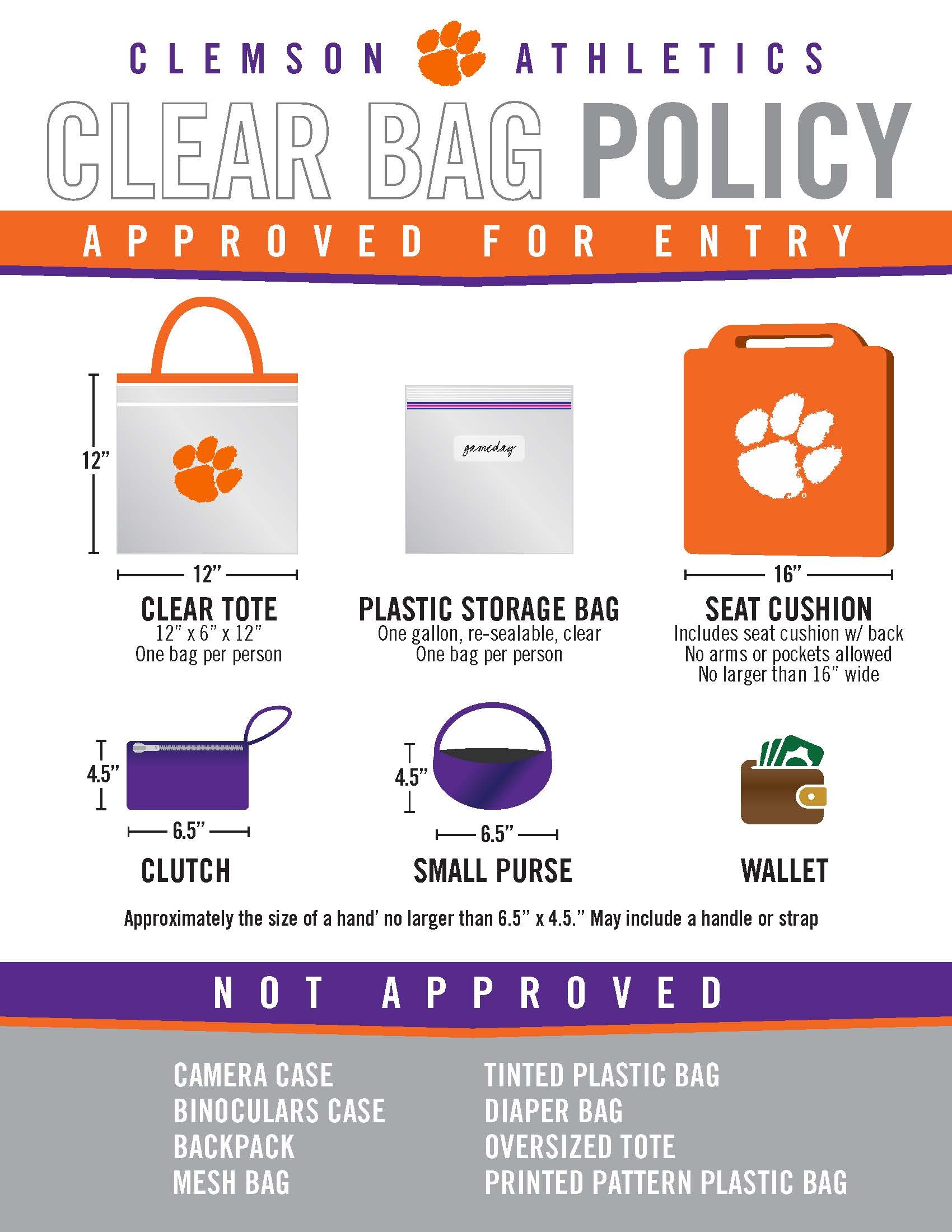 CLEMSON, S.C. – In an effort to provide a safer environment for the public and significantly expedite fan entry into Memorial Stadium, Clemson Athletics has announced new security measures for the 2016 football season including adoption of a Clear Bag Policy.

Working in conjunction with Clemson University Police, the Department of Homeland Security and law enforcement officials around the State of South Carolina, Clemson Athletics also will institute a voucher system for reentry into Memorial Stadium.

Fans bringing any bag larger than a small purse (4.5” by 6.5”) must now use clear plastic bags, consistent with the practice adopted at many NFL stadiums Clemson fans have visited for postseason games the past few seasons. More details on permissible bags are available HERE.

Stadium event staff will be able to perform more thorough checks of all bags in a quicker manner, which in turn will ease the access into the stadium for fans.  This public safety measure has been successfully instituted at all NFL stadiums since 2013. Several other colleges and universities have recently adopted similar policies at their home stadiums.  Clemson fans traveling to the Auburn game on September 3rd should be aware that Auburn has a comparable clear bag policy in place.

At Fan Day on Aug. 21, the athletic department and IPTAY will provide one complimentary Clemson-branded clear bag per season ticket account, and retailers around the Clemson area have approved clear bags available for purchase.

Additionally, Clemson fans will no longer receive a hand stamp for re-entry. Any fan wishing to exit the stadium and return must pick up a voucher prior to exiting, and must present the voucher and a valid game ticket to event staff to reenter the stadium.

Fans can obtain a voucher and re-enter at any gate until the beginning of the 4th quarter, at which point departing fans will not be allowed readmission to the stadium.

Further gameday information will be available on ClemsonTigers.com prior to the Tigers’ home opener against Troy on Sept. 10.