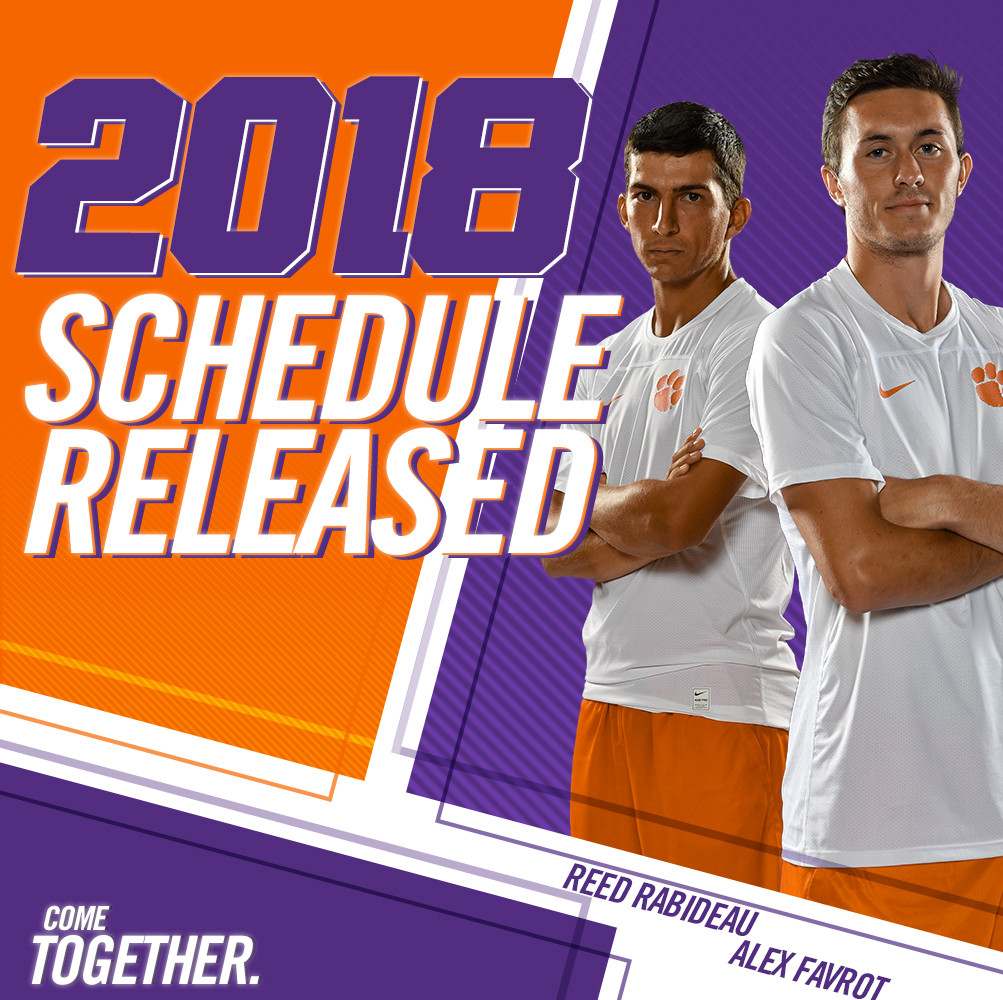 CLEMSON, S.C. – The Clemson men’s tennis team is set to play 11 home matches at the Anderson University Tennis Facility in the spring of 2018, while construction is ongoing for a complete renovation on the Hoke Sloan Tennis Center on Clemson’s campus. The Spring schedule features 11 teams that were in the field for the 2017 NCAA Tournament.

The spring season begins Jan. 13 with a doubleheader against Presbyterian College in Furman, S.C. The Tigers then travel to Charlotte, N.C. to face UNCC on Jan. 21. That is followed by two more road contests against Binghamton and Army.

The team will host three straight home matches, the first against Cornell on Feb. 4, followed by Georgia State on Feb. 9 and concludes with a double header against Georgia Southern and the Citadel on Feb. 11. On Feb. 16 the Tigers open ACC play on the road at Georgia Tech.

On March 2, the Tigers host Florida State for their ACC home opener and host Miami on March 4. The Tigers head to Asheville, N.C. on March 21 to face UNC Asheville before heading to Kentucky to face Louisville on the 23rd. Clemson hosts the 2017 NCAA Champions, Virginia on March 25, the first of three home matches. The month of March ends with Boston College and Virginia Tech.

From April 6-15, Clemson has four more road matches, all against ACC opponents, highlighted by Wake Forest on April 6 and North Carolina on April 15. The Demon Deacons finished last season ranked second in the NCAA, while the Tar Heels advanced to the NCAA Championship match against the Cavaliers. The regular season concludes with two home matches, one against in-state rival South Carolina on April 20 and the last against Notre Dame on April 22.

“We are excited about the opportunities and challenges this schedule presents.  The guys can’t wait to kick off the season January 13th against PC. We are thankful and appreciative for Joey Eskridge (head coach) and Anderson University allowing us to play our home matches at AU. Also, I would like to thank the City of Clemson for allowing us to practice at Nettles Park. We are so excited about the construction of the new facility,” said Head Coach John Boetsch.

The 2018 ACC Tournament will be held April 25-29. The tournament has been moved back to the Cary Tennis Park in Cary, N.C. Clemson looks to return to the NCAA Tournament in 2018 for the third time in the last six years. Following first and second round matches at school sites, the NCAA Team & Individual Championships are in Winston Salem, N.C., from May 17-28.