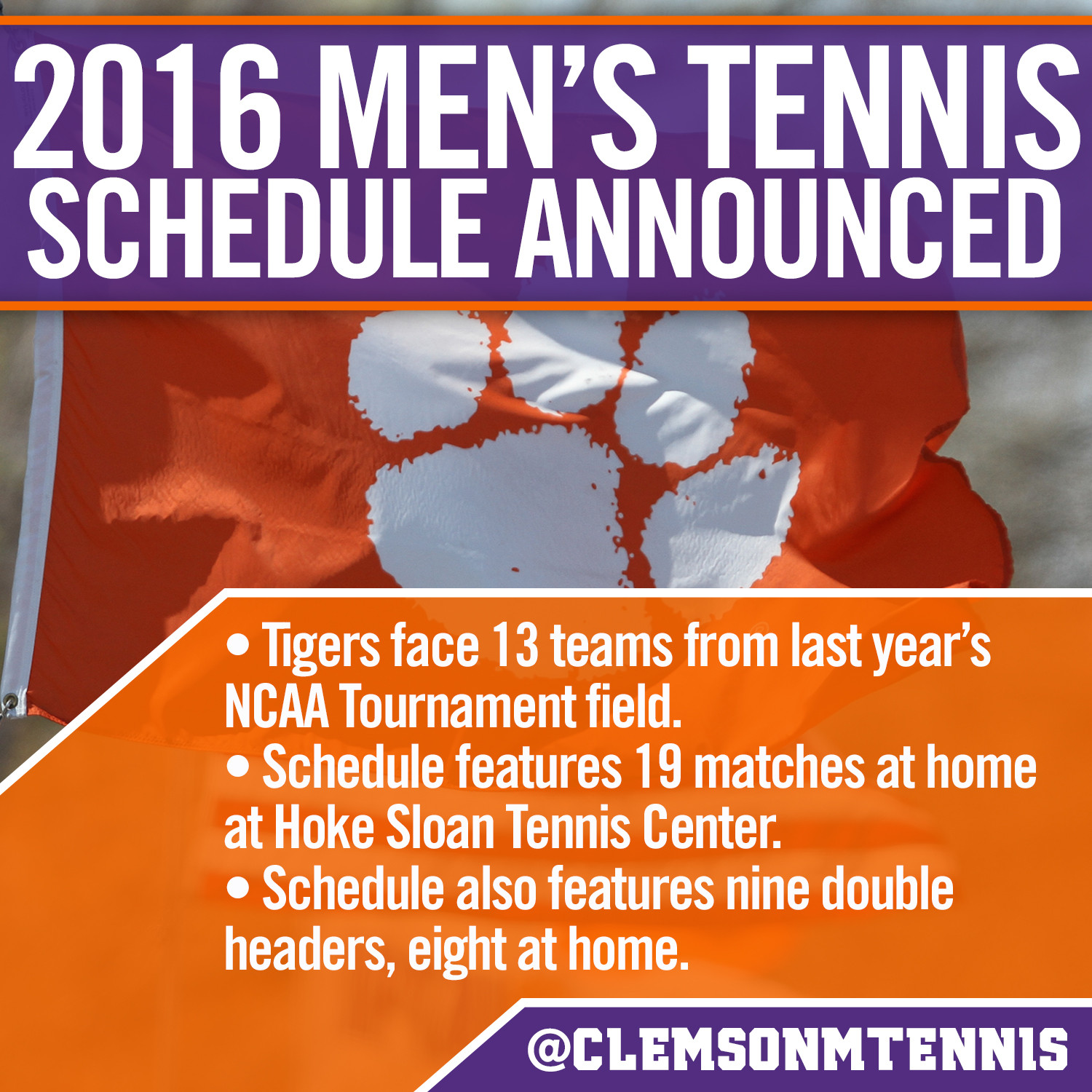 CLEMSON, S.C. – Thirteen teams that were in the field for the 2015 NCAA Tournament highlight Clemson’s 2015-16 men’s tennis schedule, released Tuesday by Head Coach Chuck McCuen. The spring schedule features 19 home matches and 11 on the road or at neutral sites, including nine double headers.

There are six fall tournaments on the Tigers’ slate, including the ITA Carolina Regional in Cary, N.C. from Oct. 16-20, where players will compete for a spot at the ITA Indoor Individual Championships in Flushing Meadows, N.Y. in November.

The spring slate begins Jan. 16 with a double header against Mercer in Charlotte. That is followed by three more road contests, including an early highlight of the schedule on Jan. 29, when the Tigers travel to Lubbock, Texas to face Texas Tech. Clemson and the Red Raiders played a thrilling match last season at the annual Blue Gray Classic, in which the Tigers trailed 3-0 before rallying to win the match 4-3.

The team returns to Clemson on Jan. 31 to play 13 straight matches in the friendly confines of the Hoke Sloan Tennis Center, including its ACC opener against Florida State on March 4. The Tigers host Notre Dame on March 11 to conclude the home streak, before hitting the road for five straight conference matches from March 13-26.

From April 1-10, Clemson has six more home matches, including four against ACC opponents, capped off by a contest against 2015 National Champion Virginia on April 10. The regular season concludes April 15 when the team visits Duke in Durham.

The 2016 ACC Tournament will be held April 20-24, once again in Cary, N.C. Clemson looks to return to the NCAA Tournament in 2016 for the third time in the last four years. Following first and second round matches at school sites, the NCAA Team & Individual Championships are in Tulsa, Okla. from May 19-30.