CLEMSON, S.C. — Four Clemson University men’s basketball players netted double-figures in a game for the 10th time this season, led by Marcquise Reed’s game-high 24 points, en route to a 75-69 victory over Wright State in the first round of the NIT.

Elijah Thomas, who eclipsed 1,000 points in his career, posted 17, including 12 in the second half. David Skara narrowly missed a double-double and posted 16 points and nine rebounds – including finishing 4-for-8 from beyond the arc. Clyde Trapp reached double-figures for the seventh time this season with 12 points.

After racing out to a 16-2 lead in the opening minutes of the game, the contest settled in and both teams were knotted at 33-33 after the opening stanza.

Late in the contest the Tigers were down 62-60 and put on another run, this time 8-2, to put themselves back in front and they were able to fend off the Raiders to advance to the second round of the NIT.

Notes: Clemson improves to 20-13 overall … head coach Brad Brownell won his 169th game at Clemson – leaving him just eight shy of tying Cliff Ellis for the most in Clemson history … Clemson improves to 14-4 in Littlejohn Coliseum this season … Marcquise Reed notched his 28th 20-point game of his career – tying him for eighth all-time with Horace Grant (1983-87) and Terrell McIntyre (1995-99) … it was also Reed’s 70th double-digit scoring game – tying him for 16th all-time with Butch Zatezalo (1967-70) and Larry Nance (1977-81) … Reed now owns 1,466 career points at Clemson and stands 12th all-time in Clemson history … for his career, Reed owns 1,995 points – just five shy of the 2,000-point club … Reed now has 584 points this season – tying Jaron Blossomgame for the eighth-most in a single-season in Clemson history … Elijah Thomas eclipsed the 1,000-point club for his career with 17 points tonight … Thomas collected three blocks and now has 179 in his career at Clemson, which stands eighth all-time. 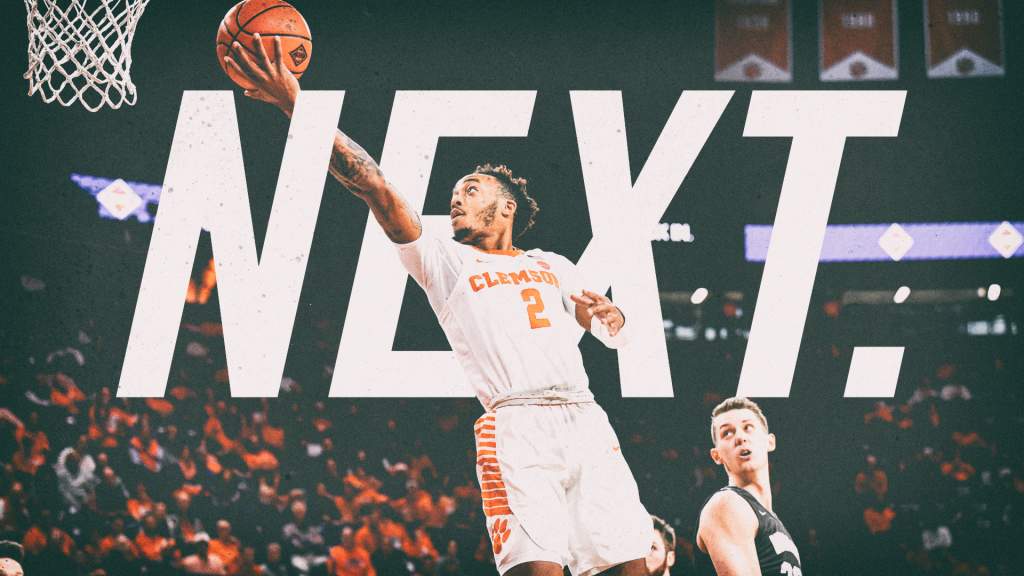