The ACC has announced today that Clemson’s game at Pittsburgh, originally scheduled for January 10, is now rescheduled for Tuesday, January 26, in Clemson. The game will be shown on ACCNX and attendance is free to games in Littlejohn Coliseum this season.

The ACC has also announced that Clemson’s game at Wake Forest on January 31 is now a 2:00 p.m. tip. 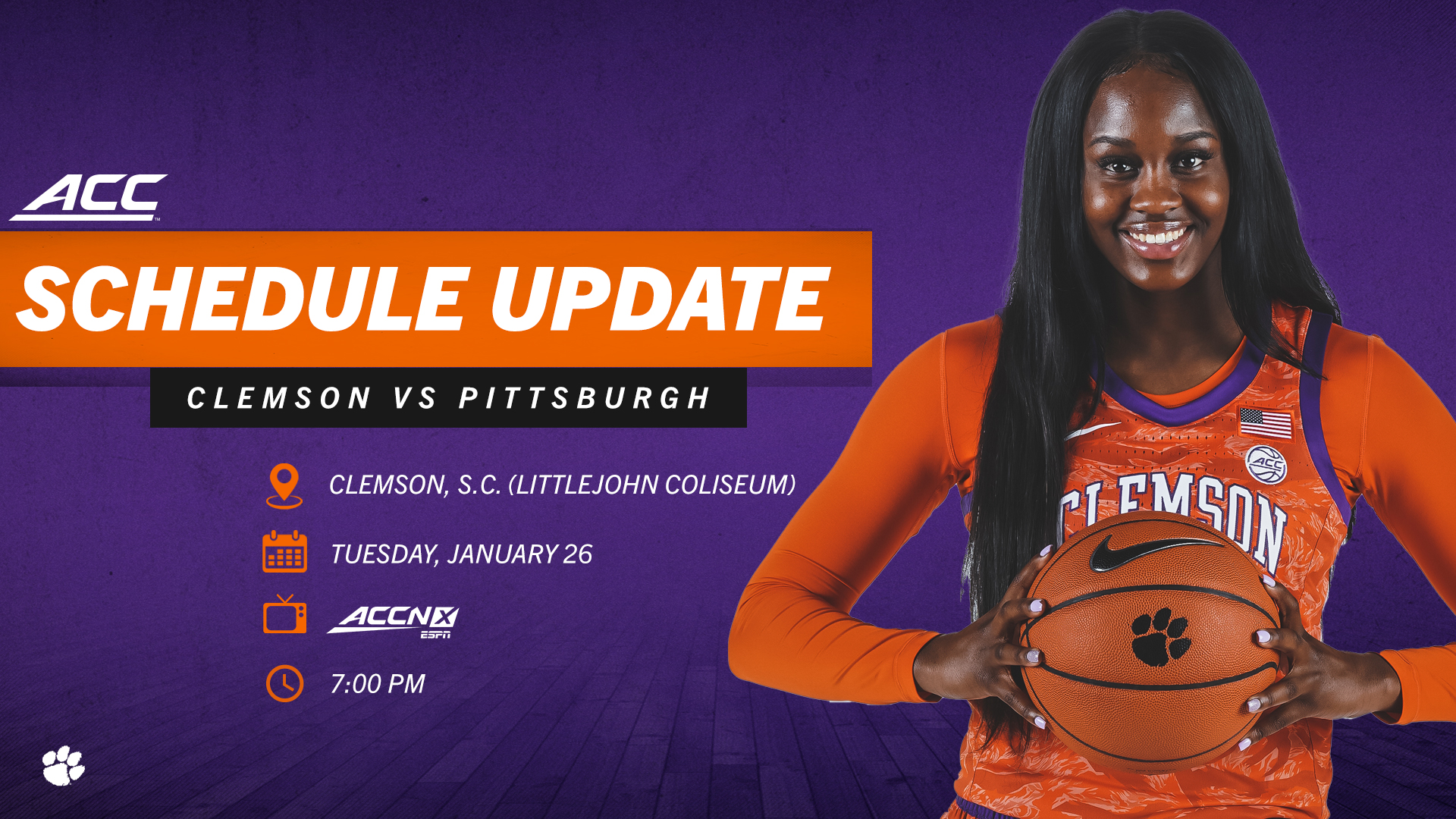