Clemson Adds Curran Scott as a Graduate Transfer for 2019-20

““We’re certainly excited about welcoming Curran to our program for his grad transfer season,” said Brownell. “Curran is a proven player at the high-major level who excels as a three-point shooter. I like his confidence, his competitive spirit and the experience he will bring to our backcourt.””

Scott, a 6-foot, 4-inch guard, comes to Clemson after playing the last two seasons at Tulsa. Scott appeared in all 32 games last year and made 26 starts, averaging 8.9 points and 2.5 rebounds per contest. He shot 40.7 percent from the floor, including 39.4 percent from three. Scott’s 41 3-pointers led the Golden Hurricanes last year. In league play last season, Scott was a 44.4 percent 3-point shooter.

During American Athletic Conference play, Scott upped his average to 10.2 points per game and scored in double-figures on 13 occasions, including two 20-point outings. He scored a season-high 23 points on 8-of-12 shooting in a win over ECU and also scored 20 points in a win over Memphis. Scott averaged 15.8 points per game over the final five contests of the season.

In his first season at Tulsa in 2017-18, Scott played in 31 games and shot nearly 40.0 percent from the floor, including a team-leading 84.1 percent at the free throw line. He scored in double-figures seven times that season, including four in conference play.

Prior to Tulsa, Scott started his career at Charlotte where he played in 33 games and made 18 starts during the 2015-16 season. He scored in double-figures 17 times, including five 20-point games. Scott averaged 10.5 points, 2.3 rebounds and 2.0 assists per game, while shooting 45.2 percent from the field, 43.9 percent from behind the arc and 83.0 percent at the line.

Scott scored a career-high 30 points against UAB on Jan. 16, 2016 and became the first Charlotte freshman to score at least 30 points in a game since 1993.

For his career, Scott is a 39.6 percent shooter from behind the arc.

A product of Memorial High School in Edmond, Okla., Scott averaged 21.9 points, 4.5 rebounds and 2.5 assists per game, while shooting 50.0 percent from the field, earning all-state honors as a senior. He ranked among the top-150 players in the nation by MaxPreps and Future150.com.

Scott is immediately eligible for Brownell and the Tigers in 2019-20. 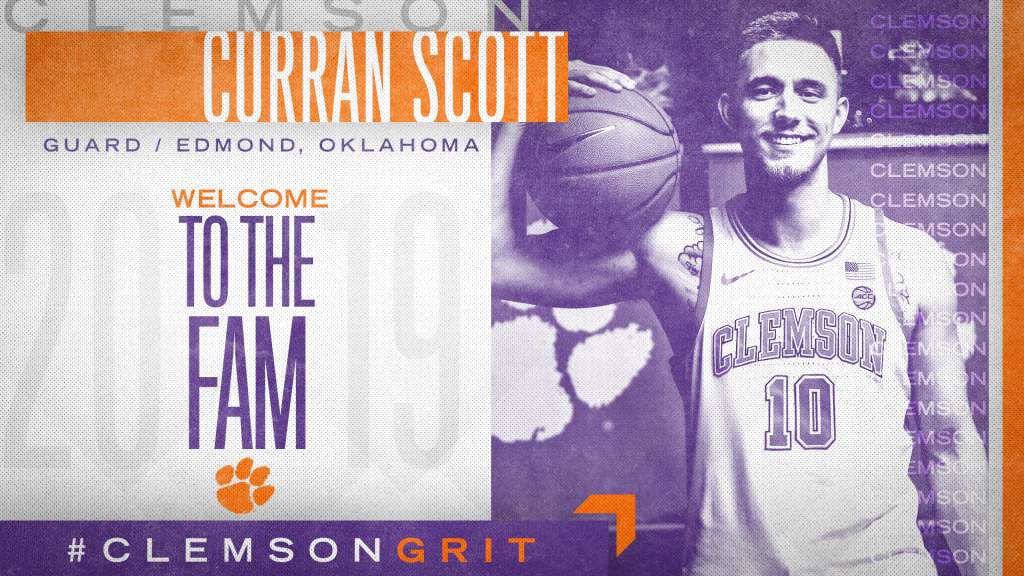