CLEMSON, S.C. – A school-record 242 Clemson student-athletes have been named to the ACC Academic Honor Roll for the 2018-19 academic year as announced by the Atlantic Coast Conference on Tuesday. The ACC Honor Roll is comprised of student-athletes who participated in a varsity-level sport and registered a grade point average of 3.0 or better for the full academic year.

Justin Falcinelli, a second-team All-ACC selection who graduated with his master’s degree prior to starting the National Championship football game, earned the honor for a fifth year. He was joined by Alex Spence (football) and Elizabeth Dawson (track & field) as five-time selections.

Fifteen student-athletes earned the honor in all four years of their careers, including Samantha Staab, the ACC Defensive Player of the Year and the number-four overall pick in the NWSL draft. Christian Wilkins, a consensus All-American and first-round pick of the Miami Dolphins, also earned the honor for a fourth time after earning a master’s degree. MLB first-rounder and Academic All-America shortstop Logan Davidson was named to the honor for a third time.

Sixty members of Clemson’s National Championship football team were named to the team which earned a program-record 992 Academic Progress Rate, while 48 members of the rowing team earned the honor.

In November, Clemson also set a new school record with a 92% graduation success rate in the report released by the NCAA, in which data from the incoming classes of 2008-11 academic years were included. The department also had a 986 Academic Progress Rate, third-best on record. 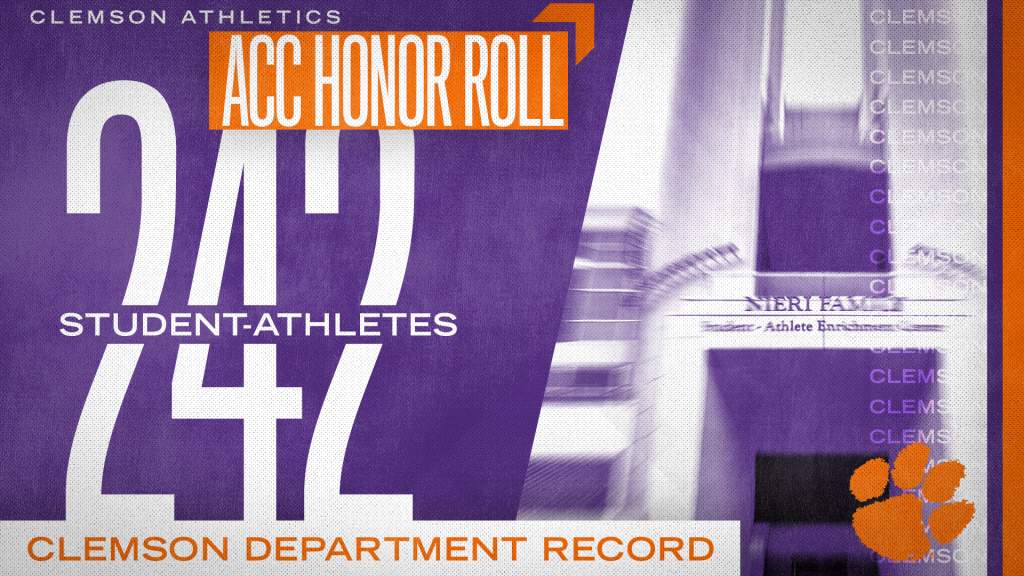