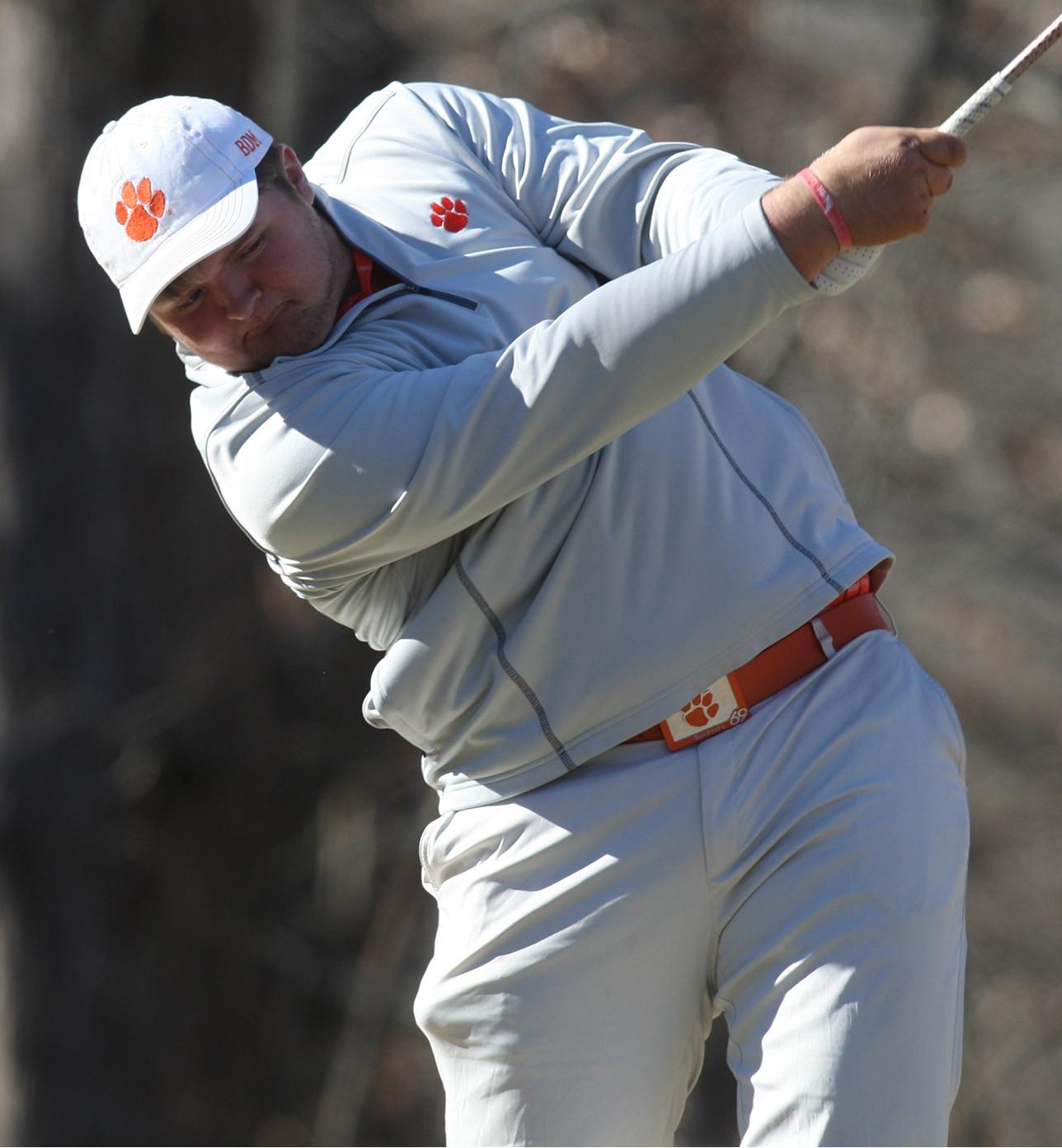 Clemson, S.C.—Billy Kennerly, Miller Capps and Cody Proveaux all had rounds in the 60s on Friday to lead Clemson to a sixth-place ranking after 36 holes of the Dick’s Sporting Goods Challenge in Nashville, Tenn.  The 12-team event that is composed of ACC and SEC teams, is being held this weekend at the 7184-yard Golf Club of Tennessee in Franklin.

Clemson shot four shots better in the second round compared with the first round, but dropped two places in the standings.

Clemson stands in sixth place at six-over-par 574 after 36 holes, two shots behind South Carolina.  The 12 teams played 36 holes on Friday and will play 18 holes on Saturday.  Sunday the 12 schools will be paired for match play.

Capps led Clemson in the first round with a two-under-par 69, while Proveaux shot an even par 71.  The Tigers were five-over-par as a team and had a 289 team score for the first round, good enough for fourth place after the first round.  Stephen Behr added a 75, while Kennerly had a 75 and Carson Young a 76.

Kennerly had a strong round in the afternoon as the senior from Alpharetta, Ga had a three-under-par 68 that featured three birdies, all on the back nine, and 15 pars.  Kennerly improved 18 spots to 16th place in the individual race with is season best performance.

Proveaux also shot a 68 in the second round on Friday..  He had six birdies and three bogeys and recording his fourth under par round of the young season.  The Clemson junior is the top Tiger so far with a 139 score, good enough for fifth place.  He is coming off a fourth place finish at the Carpet Classic in Dalton, Ga, two weeks ago.