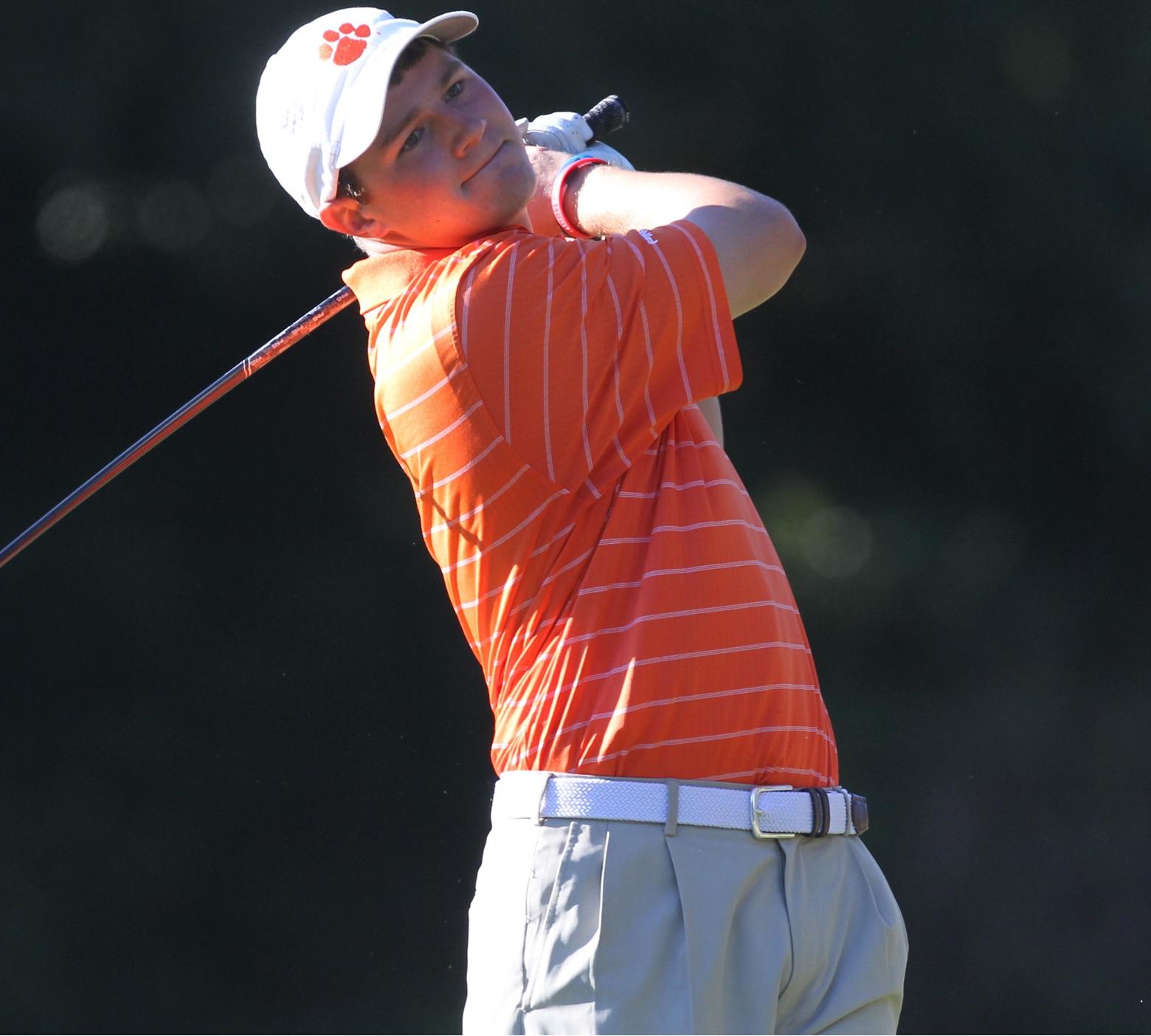 Clemson, S.C.—Miller Capps had an opening round 69 on Friday to lead Clemson to a 287 team score and a sixth-place standing after the first round of the 14-team Carpet Classic in Dalton, Ga.  The Tigers are six shots behind first place Kennesaw State and five shots in back of LSU.  The second round begins Saturday morning at 7:30 a.m. Clemson is just one shot out of third place, which is held by ACC rivals North Carolina and Wake Forest and defending NCAA Champion Alabama.  The Tigers are six shots ahead of third ranked Georgia Tech. The 54-hole tournament at The Farm is the season opener for the Clemson program for the seventh straight year. Capps had a strong round with nine hole scores of 36-33.  He had a wild ride on the back  nine as he had three birdies, an eagle and two bogeys.  His eagle, the fourth of his career, came on the par five 12th hole that is 498 yards in length.  Capps is tied for fifth in the overall race, just two shots out of the lead. Cody Proveaux had an opening round 70 thanks to three birdies and just one bogey in a clean round by the junior.  He had a 34 on the back nine, giving him his fifth career round at par or better at The Farm.  He finished fifth at the Carpet Classic last year, best among Clemson golfers. Junior Blake Kennedy was the third best Tiger on Friday with a one-over-par 73 that included three birdies.  Billy Kennerly and Stephen Behr had rounds of 75.  Kennerly’s round was hurt by a par of double bogeys, while Behr was five over par on holes 4-7.  Other than that stretch Clemson’s top returning golfer was one-under-par. Freshman Joshua Fickes, playing in his first career round, also had a 75.  He is playing in the event as an individual.  He did make three consecutive birdies at one point on holes 14-16, the only Tiger to do that all day. Carpet ClassicSeptember 5, 2014The Farm, Dalton, GaTeam Results1.     Kennesaw State 281, 2. LSU 282, 3. North Carolina 286, Wake Forest 286, Alabama 286, 6. Clemson 287, 7. South Carolina 291, Chattanooga 291, 9. Georgia Tech 293, 10. Auburn 294, 11. Tennessee 296, 12. Middle Tennessee 300, North Florida 300, 14, Florida 312. Clemson Individuals5. Miller Capps 69, 11. Cody Proveaux 70, 24. Blake Kennedy 73, 43.  Stephen Behr 75, Billy Kennerly 75, #Joshua Fickes 75.#playing as an individual.