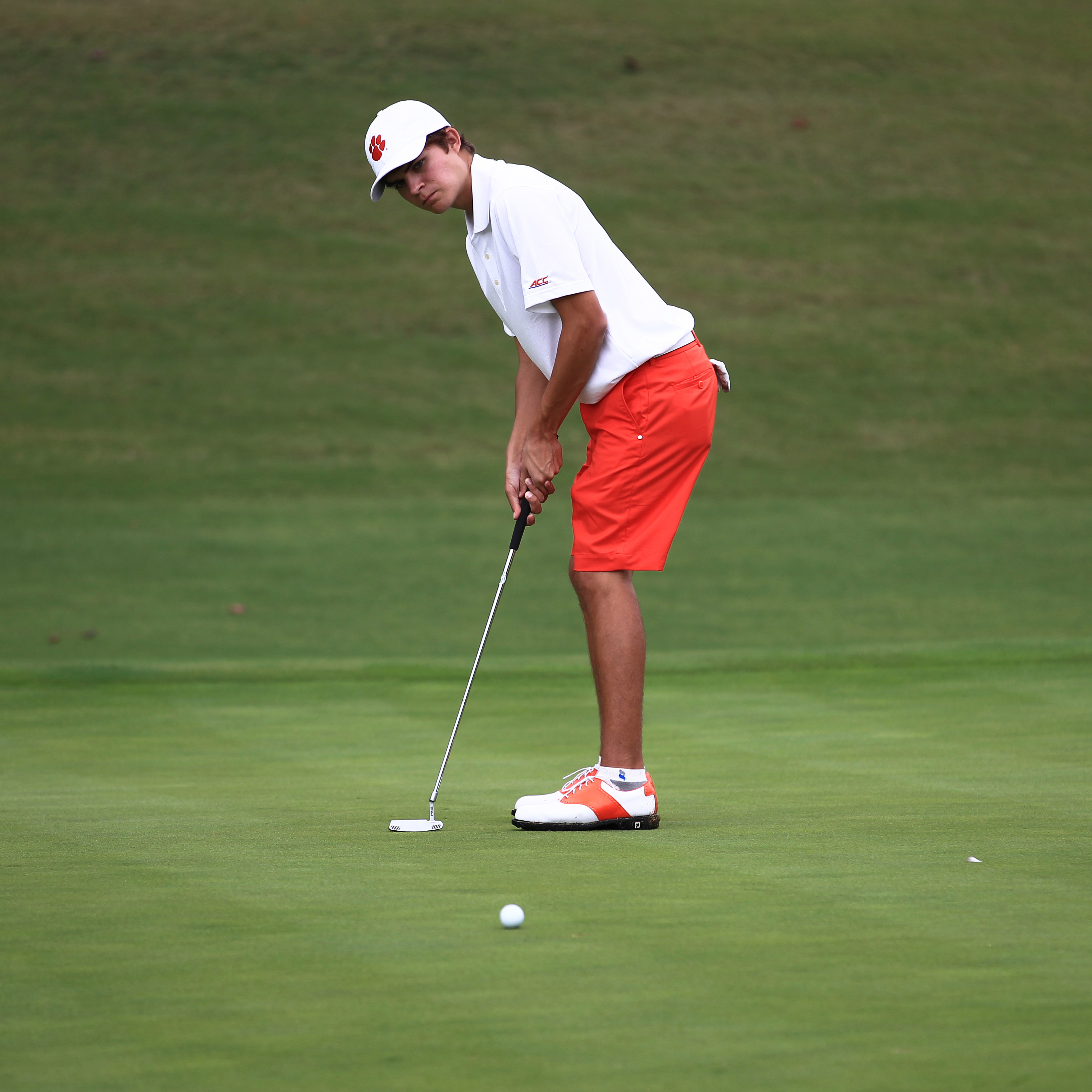 Clemson, S.C. – Carson Young and Billy Kennerly both had rounds of four-under-par 67 to lead Clemson to a 272 team score and a fourth-place standing at the Ka’anapali Classic in Maui, Hawaii on Friday.   The 13-team 54-hole event is being played at Ka’anapali Country Club and will continue on Saturday and Sunday.

All five Clemson golfers shot under par, the second consecutive round that was the case.  Young’s 67 was his career low round as a Tiger by two shots, while Kennerly’s 67 was his fourth round in the 60s this year.  Cody Proveaux and Stephen Behr both had rounds of two under par 69, while Miller Capps was at 70. Clemson’s five golfers combined for 18 birdies, an eagle and seven bogeys.

Young played his first nine holes at even par, then shot four under par on his last nine, the first nine holes on the course.  His performance included an eagle two on the par four, 373 yard fourth hole.  He had 15 pars, two birdies and the eagle.  His 15 pars were more than anyone else in the field.  It gave the sophomore from Pendleton consecutive rounds in the 60s over his last two tournaments.

Kennerly’s day included five birdies, including four in a six-hole spurt between 12 and 17.  The senior was a big reason Clemson was seven under par on the par four holes, second best in the field.

Proveaux’s 69 included birdies on three of his last six holes.  The junior who is ranked #27 in the nation individually, now has 10 rounds in the 60s in 14 rounds this year.  He is 19-under-par for those 14 rounds, best on the team.