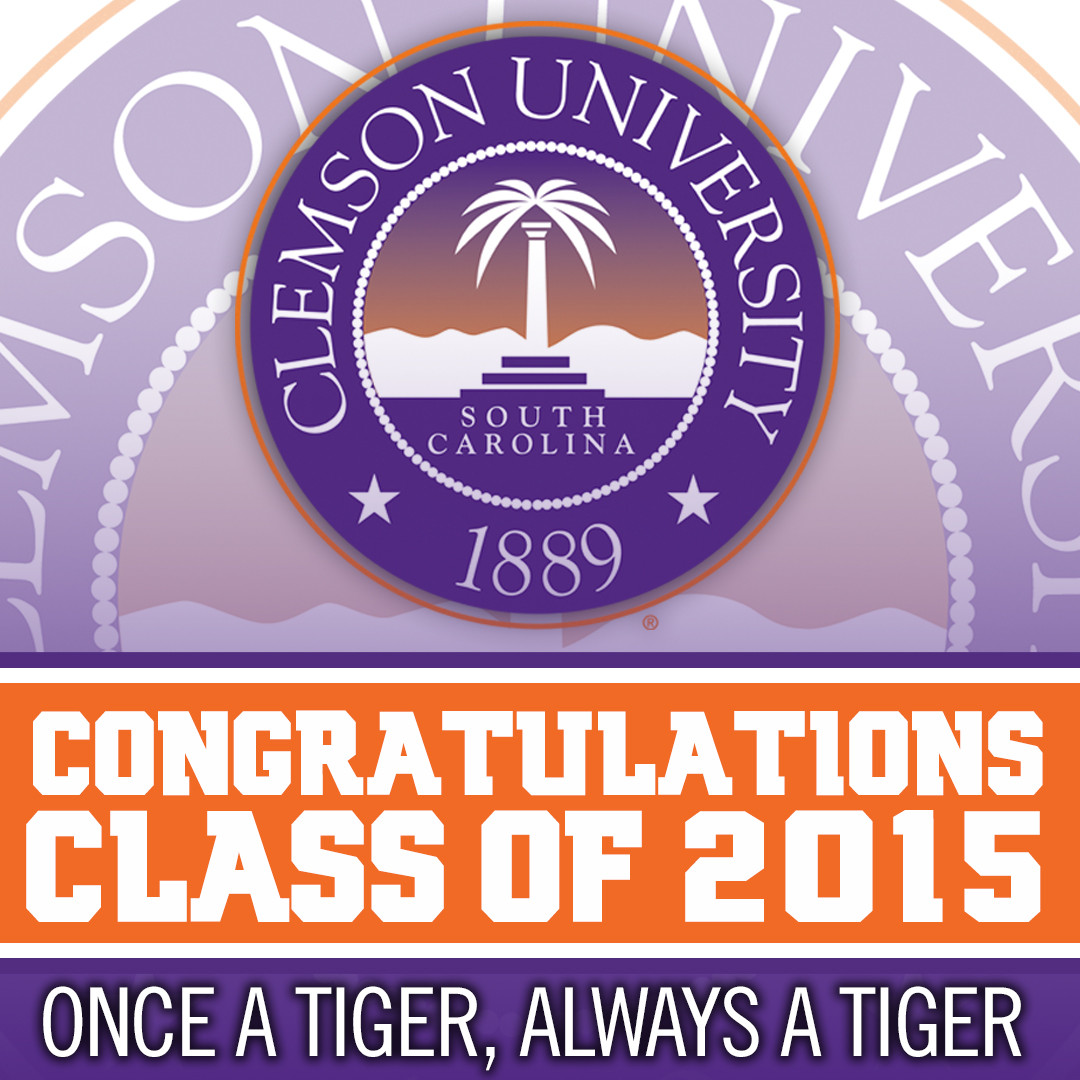 As commencement ceremonies take place in Littlejohn Coliseum on Friday, 57 Clemson student-athletes join the ranks of alumni as they earn degrees.

Among the graduating class are 15  members of the Tiger football program, a pair leaders from the 2014 ACC Champion men’s soccer team and NCAA women’s indoor 800-meter champion Natoya Goule. The class includes three members of the 21st-ranked women’s tennis team, which is in Tuscaloosa, Ala., for the first round of the NCAA Championships and takes on South Alabama Friday afternoon. The group also includes six student managers and a pair of athletic trainers.

“The support of IPTAY and its members, along with the hard work of the staff in Vickery Hall and each of our coaches, shows our emphasis on graduating student-athletes. But in the end this is about the achievement and accomplishments of hardworking individuals who have represented Clemson with distinction during their athletic and academic careers,” Director of Athletics Dan Radakovich said. “Congratulations to each of these bright young men and women, and we wish them the best of luck in all their future endeavors.”