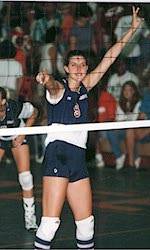 Stern will serve as a student assistant during the 2000 season. She completed her playing career as the Tiger’s all-time leader in block assists (488) and second in career kills with 1,744. Stern was a 1999 first-team All-ACC honoree and an All-ACC Tournament performer. She was named the ACC Player of the Week five times at middle hitter last season, and helped lead the Tigers to the 1999 ACC regular season championship.

“It is really nice to get to stay with this program and to have my first coaching experience under Jolene. I am glad I have the opportunity to stay at Clemson and am looking forward to this season,” Stern said.