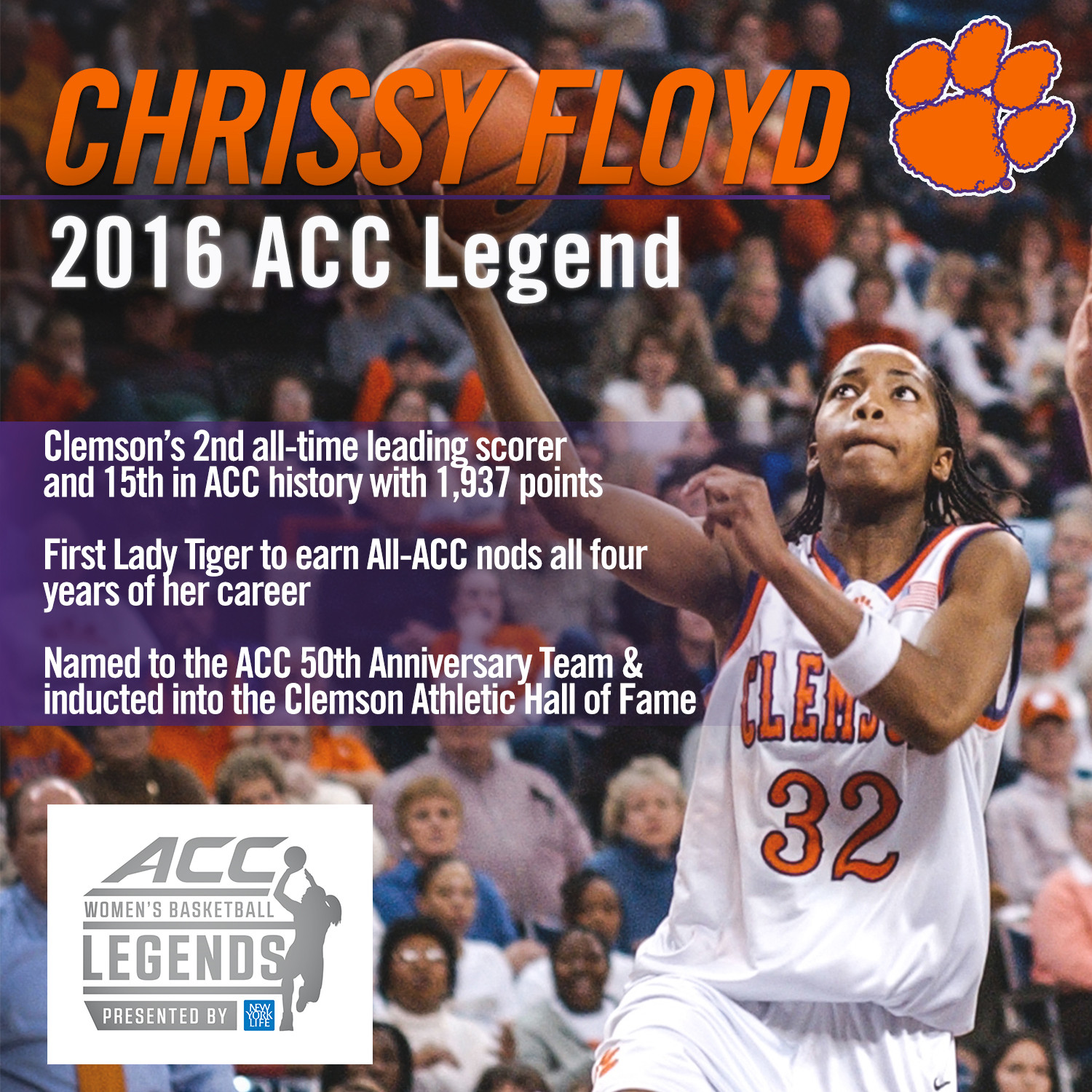 Floyd, a native of Laurens, S.C., was Clemson’s first four-time All-ACC women’s basketball player, suiting up for the Lady Tigers from 1999-2003. She finished her career with 1,937 points, second on Clemson’s all-time career list only to Barbara Kennedy-Dixon, the ACC’s all-time leading scorer. Her nearly 2,000 points rank 15th in ACC history and she was named to the ACC’s 50-Year Anniversary team in 2002.

Floyd was a first team All-ACC selection in 2001-02 and 2002-03 and a second team All-ACC pick in 1999-00 and 2000-01. Floyd was also named a Kodak District II All-American in each of her last three seasons as a Lady Tiger. Floyd led Clemson in scoring all four seasons of her career, only the second Lady Tiger to accomplish that feat. In addition to her scoring prowess, Floyd also finished her career sixth in school history in steals (218) and fourth in three-point field goals (124).

In 2001, Floyd played on the USA World University Games team, helping the team win a gold medal with a 7-1 record. Floyd played under legendary Clemson Head Coach Jim Davis and graduated in 2003 with a degree in marketing. She was selected 37th overall in the third round of the 2003 WNBA draft by the Seattle Storm, becoming only the second Lady Tiger to be drafted into the league. Floyd was inducted in the Clemson Athletic Hall of Fame in 2013.

The 15 ACC Legends will be honored at the annual ACC Women’s Basketball Legends Brunch on Saturday, March 5, at 10 a.m., and then will be introduced at halftime of the first semifinal game that afternoon. The ACC Women’s Basketball Legends program honors both players and coaches from each of the ACC’s 15 schools who have contributed to their respective institutions rich tradition.