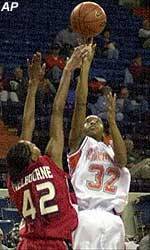 Growing up in the small town of Laurens, SC, Clemson senior point guard Chrissy Floyd played outside a lot. Her favorite game? Basketball. Her opponent? Usually Brandon Allen, a neighbor who now plays basketball for Southern Wesleyan University. The wager? Usually a pack of gum worth about a dime.

“We stayed out all day and all night playing basketball,” Floyd recalls. “We would play one-on-one until we couldn’t play anymore.”

Back then, Floyd’s desire to win the backyard game and the pack of gum drove her to continually better herself on the court. In seventh grade, the stakes got a little higher as she began playing basketball for her school. She continued to improve, and just as she was beginning to receive letters from colleges, tragedy struck her family.

On August 12, 1998, Floyd’s father, Michael, had an accident. A mechanic, Michael Floyd was removing a gas tank from a truck when gasoline spilled on his clothes. His clothes ignited when he walked by a heater, and the subsequent explosion caused the building to catch fire. Floyd survived, but not before receiving third degree burns on 56 percent of his body. He was sent to the Augusta (GA) Burn Center for six months.

During that six month period, Chrissy Floyd didn’t have her usual contingent of fans at all of her basketball games. Usually her mother, father, sister and some combination of an aunt, grandmother and family friends attended Floyd’s games. Now, for most of her junior basketball season, her dad couldn’t be there.

“It hurt her to see her dad like that,” says Brenda Chrissy Floyd mother. “She knew, though, that she had to keep playing ball, because she knew that’s what her father would want. So, Chrissy never missed a game.”

During the time that her father was rehabilitating from his accident, Chrissy’s contingent of fans was increased by one. David Kennedy, Floyd’s cousin and pastor, stepped up and took on the role of “dad” at Chrissy’s basketball games.

“David was there for me,” Floyd says. “He was always telling me that everything was going to be okay, and that I had to keep on playing and stay focused. He didn’t want my dad’s situation to negatively affect me.”

Floyd took Kennedy’s advice. She went on to be a phenomenal high school basketball player, earning many honors while playing at Laurens District 55 High School under coach Travis Langford. Her team won back-to-back state championships and went undefeated two seasons. She was named South Carolina’s Miss Basketball by the Sports Report and American General. She played in the South Carolina-North Carolina High School All-Star game. Floyd was also named all-region for four years and was named all-state her junior and senior years.

Just before signing day of her senior year of high school, Floyd decided she wanted to play basketball at Clemson, despite being recruited by many other high-profile schools, such as the University of South Carolina and the University of North Carolina. “I always knew I wanted to play college basketball if I was good enough,” Floyd says. “I wanted to be close to home so my family could come see me. That and other reasons made me decide to come to Clemson.”

Clemson certainly is thankful to have Chrissy Floyd. During her three years here, she has been a great asset to head coach Jim Davis’ team and has garnered a plethora of awards. As a freshman and as a sophomore, she was named second-team All-ACC. As a sophomore and as a junior, she was named a Kodak Region All-American. After last season, Floyd was awarded first-team All-ACC honors and was named to the Defensive All-ACC team. In 2001, she was selected to play on the United States World University Games team, a team that won the Gold Medal.

Entering the 2002-03 season, Floyd has the chance to become the number-two ranked all-time leading scorer in Lady Tiger Basketball history. The record now stands at 3,113 points and is held by Barbara Kennedy, a member of Clemson’s prestigious Ring of Honor. Currently holding second place is Janet Knight with 1796 points. Floyd, who has 1402 points to her name, needs only 394 points to jump into second place.

While all of these awards are nice to have, they are not Floyd’s focus. “When I go out to play, I’m not playing for me,” Floyd comments. “I just go out and play the game the way I know how. If someone feels like I deserve to receive something, it lets me know that the hard work I have put in has paid off. But I don’t play for me, I play for the team.”

Floyd’s hard work and dedication don’t go unnoticed by her teammates and coaches either. “Chrissy might not be the most vocal person on the floor, but she’s always the first person in line for drills, she works hard in the weight room, and she’s the type of person who gets the job done,” said Kanetra Queen, Floyd’s teammate and roommate. “She always carries a positive attitude on and off the court. She’s a great example for the team because she’s an honor roll student, and she always has a good attitude.”

“She’s always working on her game,” said Kennedy. “She’s the type of player who is constantly bettering herself. Her ongoing devotion to the game makes her a leader on the court. I just wish I was young enough to play with her.”

“She sings all the time,” says teammate and roommate Khaili Sanders. “We sing in front of the mirror a lot.” That singing paid off two years ago when the team traveled to Myrtle Beach for a game. After watching an Elvis impersonation show, Floyd, along with former Lady Tigers Krystal Scott, Erin Batth and Andrea Gaines, went up on stage, took the microphone, and began singing.

“That was the best part of the show,” recalled Queen.

“She can play the piano, too,” brags Floyd’s mother. “We’re so proud of her for all her accomplishments, and we thank God for her abilities.”

Floyd’s God-given abilities will help lead the Lady Tiger Basketball team into the 2002-03 season (that is her basketball abilities, not her singing abilities). With her mother, her father, her aunt, her grandmother, her family friends and basketball fans watching, Floyd will enjoy her senior season as a Lady Tiger. And here, on this stage, she’s no longer playing for packs of gum; she’s playing for ACC and NCAA Championships. 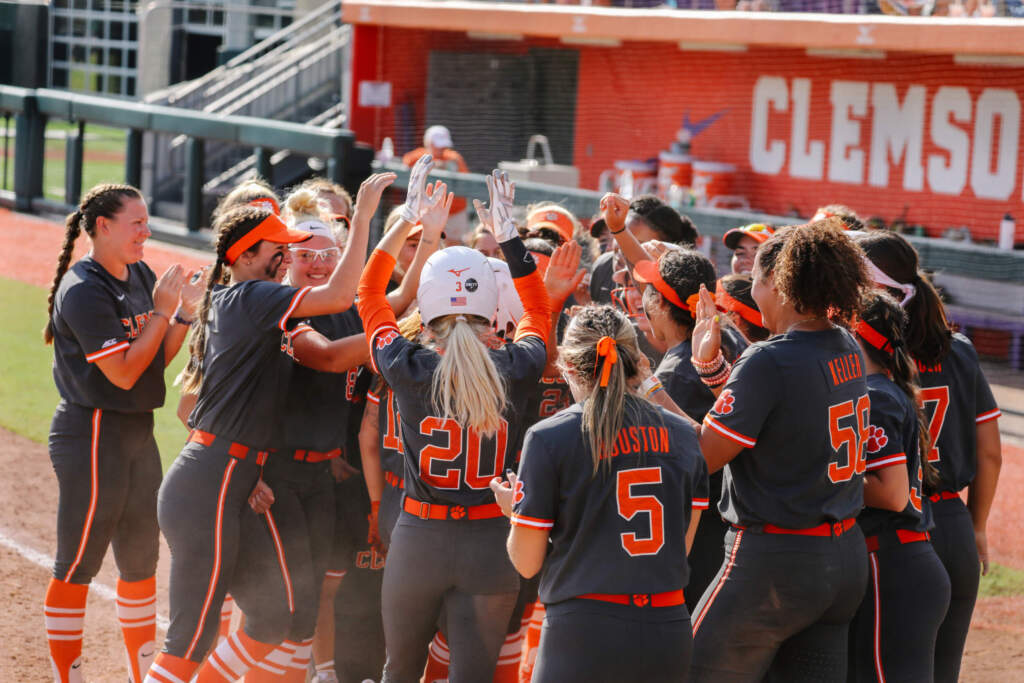