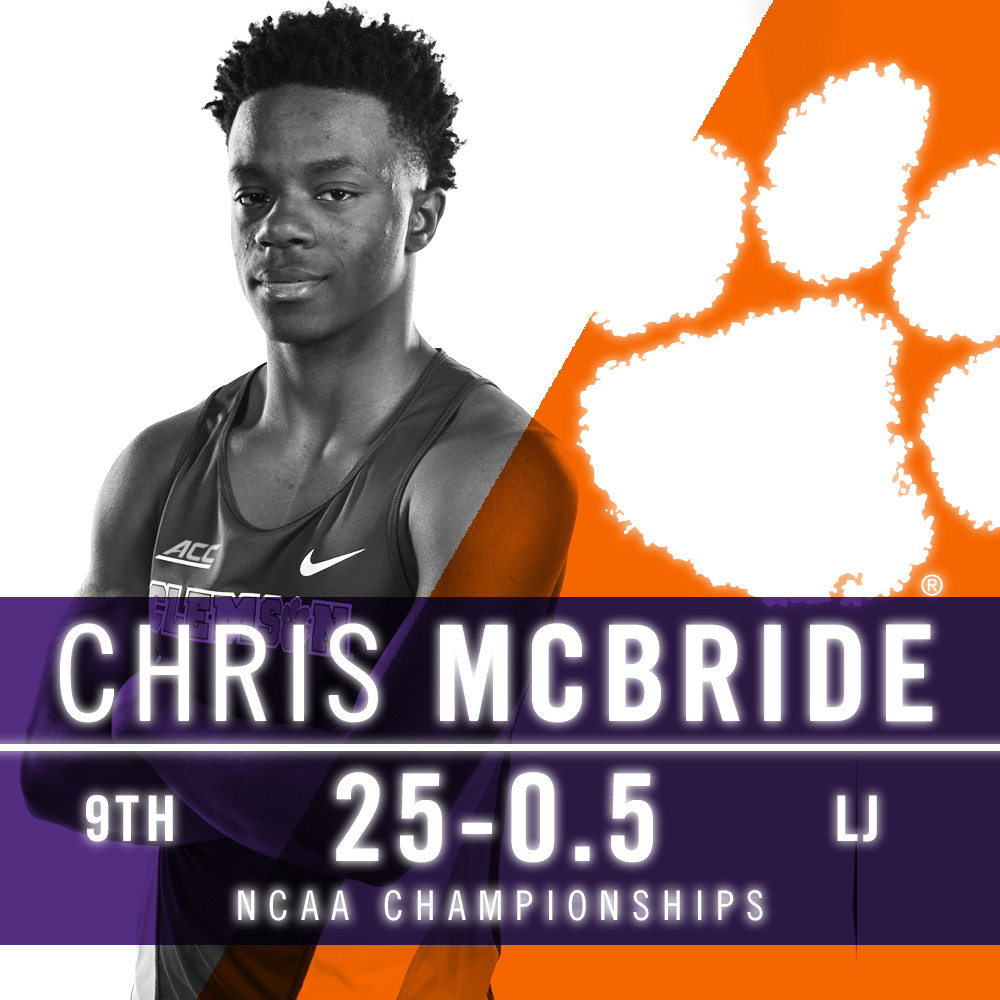 COLLEGE STATION, Texas – Chris McBride, Jeffrey Green and Sabria Hadley all conclude their indoor seasons as Second Team All-Americans on opening night of the 2017 NCAA Indoor Track & Field Championships. Grace Barnett and Iana Amsterdam will bring the season to a close tomorrow on the final day of the championship meet.

McBride qualified for the long jump finals on his final attempt of the preliminaries with a leap of 24-11.25, positioning himself to make a bid at First Team All-America status. On the first attempt of the final, he registered a mark of 25-0.5 which would stand as his best jump of the night. The mark ultimately declares him a Second Team All-American with a ninth place finish in his first NCAA Championship appearance. McBride is Clemson’s first male competitor in the long jump at the Indoor NCAA Championship since George Kitchens qualified for the championship meet in 2005.

Green and Hadley both missed the finals, bringing an end to their indoor season but declaring them as Second Team All-Americans. This is Hadley’s second time earning the honor and Green’s first time.

Amsterdam will kick off the final day of the indoor season tomorrow at 4:30 p.m. ET with Grace Barnett racing in the mile final at 5:00 p.m. ET. Barnett qualified for the final today with the fifth fastest time of the prelims, clocking in at 4:35.58.