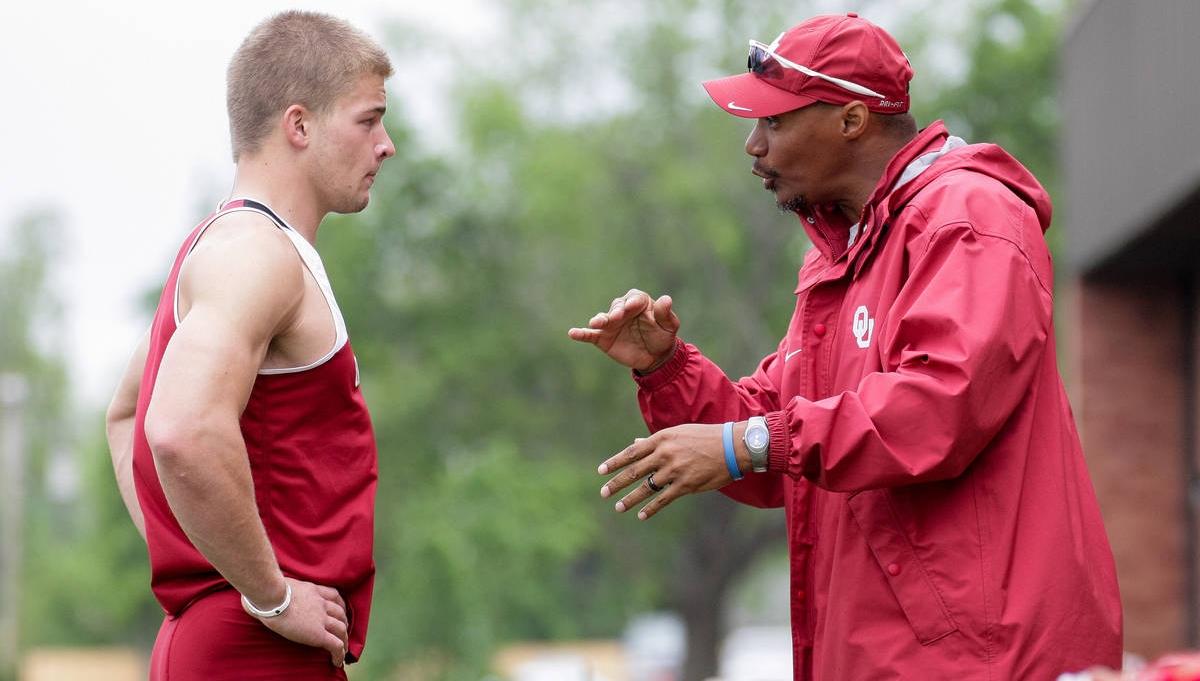 CLEMSON, SC – Former Olympic bronze medalist Chris Huffins has been added to Clemson’s track & field coaching staff.  Director of Track & Field Lawrence Johnson made the announcement Tuesday.  Huffins, an assistant coach at the University of Oklahoma during the 2011-12 season, will be in charge of the throwers and multi-event athletes at Clemson. “Chris brings a tremendous amount of experience to the staff,” Johnson said.  “He brings accolades at the personal and coaching level that will only strengthen what we want to accomplish here.  He can relate to some of our higher-level athletes.  That’s what we need as we continue to move in an upward direction.  We can really lean on someone with that kind of experience.  We look forward to his contributions and our glad to welcome him as part of our staff.” Huffins was a two-time Olympian in the decathlon, and in 2000 he took home a bronze medal in Sydney, Australia.  He is also a former NCAA Champion in the decathlon, winning the grueling competition in 1993 as a student-athlete at the University of California at Berkeley. Huffins had a highly decorated professional career.  He won the decathlon at the 1998 and 1999 USA Track & Field Championships, as well as the 1999 Pan American Games.  He was runner-up in the 1995 USA Championships before claiming a 10th-place finish at the 1996 Olympic Games in Atlanta, GA.  He claimed the John Bennett Award three consecutive years from 1998-2000.  The award is presented by USA Track & Field to an athlete whose dedication supports the promotion of the decathlon. He has head coaching experience, as he spent five seasons in charge of his alma mater from 2002-07.  He coached 23 All-Americans and five athletes that went on to compete in the U.S. Olympic Trials.  He led the Cal women to a fifth-place finish in the Pac-10 in 2005.  In 2007, the Bears finished eighth in the women’s team race at the NCAA Outdoor Championships behind the strength of two championship performances, Alysia Johnson in the 800 and Kelechi Anyanwu in the discus throw.  He also recruited some of the nation’s top recruiting classes at Cal, according to Track & Field News. Following his time at Cal, he has been an assistant coach at Boise State, Eastern Michigan and Oklahoma.  In his most recent stint, he helped the OU women to a seventh-place finish at the 2012 NCAA Outdoor Championships.  Individually, he coached Ti’Anca Mock to a second-team All-America accolade in the long jump at outdoor nationals. He spent the 2008-09 season at Boise State, where he coached Elena Kafourou to the 2009 NCAA Indoor Championship in the long jump, the only national champion in school history.  Her individual crown led the Broncos to a 19th-place team finish.  He also mentored Ryan Grinnell to a pair of All-America honors and five individual WAC Championships in the jumps.  With Huffins on board, the Broncos’ men’s program won the 2009 WAC Indoor Championship and went on to a 25th-place finish at the NCAA Outdoor Championships. Huffins spent the 2010-11 season at Eastern Michigan.  He coached four individual Mid-American Conference Champions, in addition to the 4×100-meter relay.  One of his athletes, Vanier Joseph, was a second-team All-American in the 60 hurdles.  He also coached Brycen Spratling to Most Outstanding Performer honors at the MAC Outdoor Championships, and Donald Scott to the USA Junior Championship in the triple jump. Huffins has familiarity with the Atlantic Coast Conference.  He was an assistant at Wake Forest from 1997-2000 and Georgia Tech from 2000-02.  He coached the Demon Deacons’ first ACC Champion and NCAA qualifier in the 100 and 200 meters, as well as an ACC Champion 4×100 relay.  At Tech, he helped the Yellow Jacket women claim the school’s first and only ACC Championship in track & field in 2002. A native of Brooklyn, NY, Huffins earned a degree in political economies of industrialized societies from California in 2008.  He and his wife, Tamika, have two sons, Zachary (13) and Jaxon (newborn).