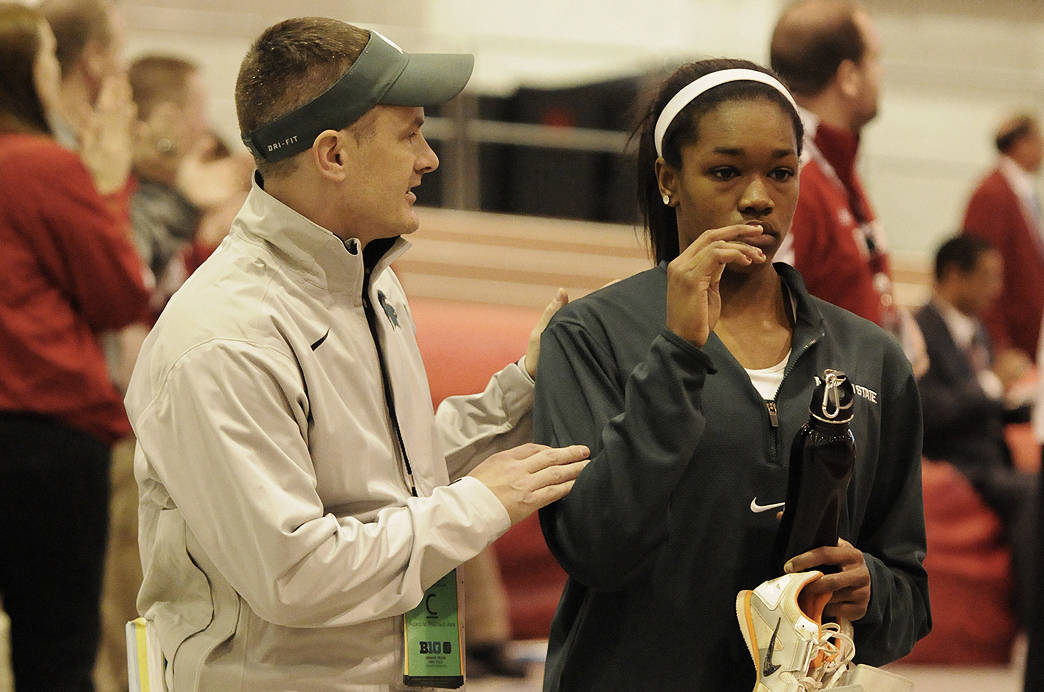 CLEMSON, SC – Chris Bostwick has been added to Clemson’s track & field coaching staff.  Director of Track & Field Lawrence Johnson made the announcement Friday. Bostwick, most recently an assistant coach at Michigan State, will be in charge of the horizontal and vertical jumps for Clemson’s men and women.  He will also assist with the multi-events. “I’ve had the opportunity to see Chris when he was coaching at Miami (OH) and I was an assistant at Southern Illinois,” Johnson said.  “He had two of the best female long jumpers in the country.  We met through competition.  Over the years, he’s continued to be a good coach at Michigan State.  He has always had some athletes at the national championships.  His athletes have always done well at the Big Ten level.  He was looking to join a national championship contender, and I was looking for someone who could take over all of our jumping events.  He’s a tenacious recruiter and is great with people.  He will be a great fit at Clemson.” Bostwick joins the Tiger staff after six seasons as the jumps and multi-events coach in East Lansing.  In his time with the Spartan program, he coached eight All-Americans and eight individual Big Ten Champions. This past season, he was named the 2012 USTFCCCA Great Lakes Region Women’s Assistant Coach of the Year.  He coached freshman Tori Franklin to a bronze medal in the triple jump at the NCAA Indoor Championships.  She also went on to qualify for the U.S. Olympic Trials.  Becca Buchholtz also won her fourth Big Ten high jump crown this past season under Bostwick’s leadership.  Buchholtz won indoor high jump titles in 2009 and 2012, and outdoor crowns in 2010 and 2011. In 2011, Bostwick coached Codi Mattix to second-team All-America honors. Mattix jumped 17’1″ in the men’s pole vault, improving nearly a foot on his personal best.  He also coached Ashley Stacey to a silver medal at the USA Junior Championships and Pan American Junior Championships in the long jump. Bostwick’s athletes had a solid 2009 season as well.  Kyron Foster advanced to the NCAA Championships in the men’s triple jump after breaking the indoor and outdoor school record in the event, reaching a personal best 52’8″ mark.  In addition to Buchholtz’s first career Big Ten title, he coached Katie Shaw to a bronze medal in the pole vault. His first two seasons at Michigan State, he coached a pair of NCAA qualifiers, including Jonathan Allen in the men’s triple jump.  He was a national finalist and was also the Big Ten runner-up in the event.  Bostwick also mentored his first Big Ten Champion in 2007, his first indoor season with Michigan State, in pole vaulter Mark Langlois. Prior to his time at Michigan State, Bostwick was an assistant coach from 2002-06 at Miami (OH).  His athletes made four NCAA appearances, won two Mideast Regional titles and earned seven Mid-American Conference Championships.  His athletes established 11 school records during the four-year run.  Prior to that, Bostwick spent two seasons at Binghamton University as an assistant men’s and women’s coach.  He coached the sprints, jumps and multi-events.  He coached six conference champions and 18 all-conference athletes. A Level III certified track & field coach, Bostwick currently serves as the co-director for USA Track & Field’s coaches education program. He is also a member of the U.S. Track & Field and Cross Country Coaches Association. Bostwick earned his undergraduate degree in physical education and coaching from Cortland State.  He was a graduate assistant under Head Coach Dr. Jack Daniels while obtaining his master’s degree in exercise science and biomechanics.