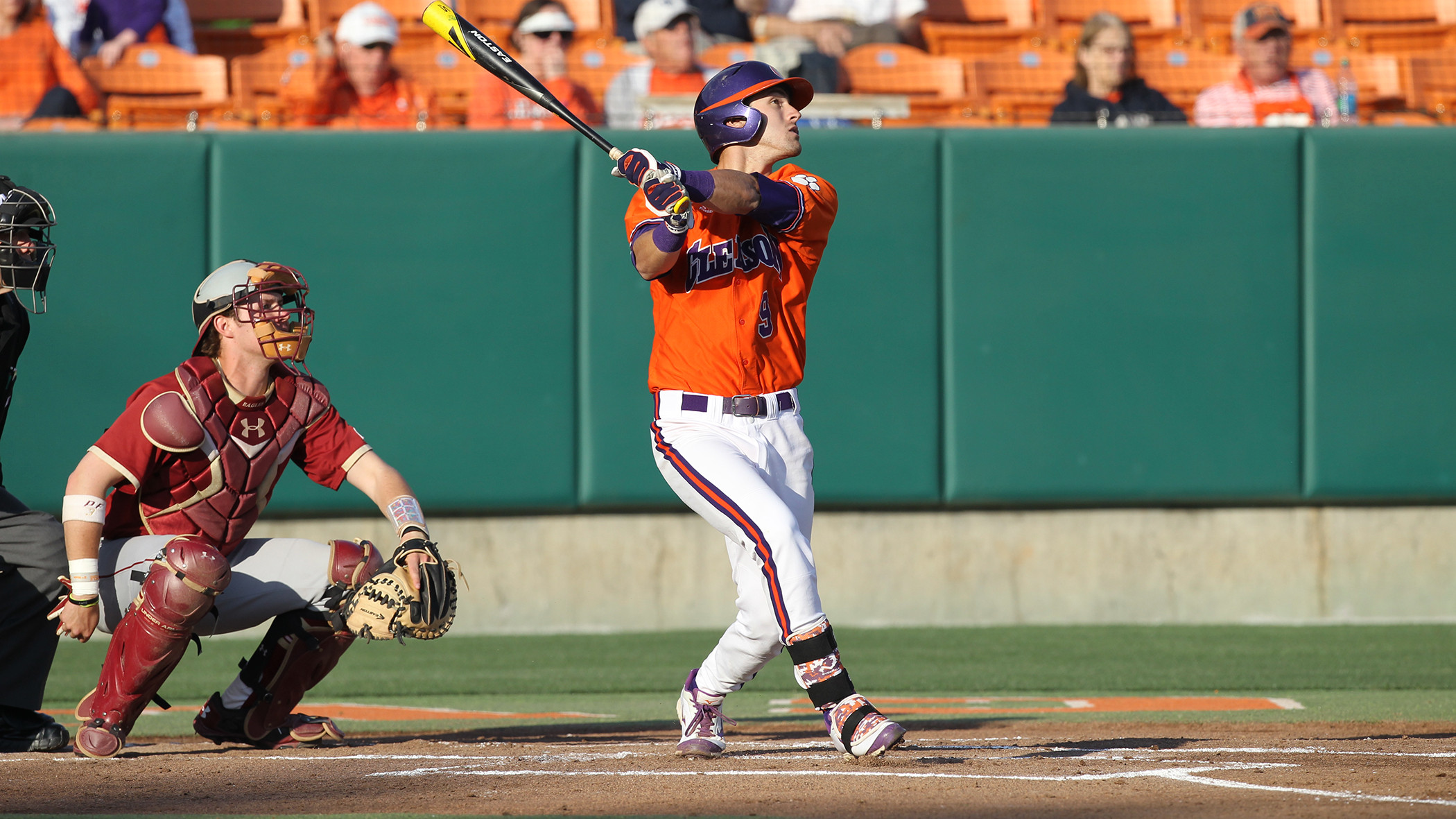 CLEMSON, S.C. – Sophomore lefthander Andrew Chin pitched a complete game two-hitter to lead Boston College to a 3-1 victory over Clemson at Doug Kingsmore Stadium on Friday night. The Eagles (22-32, 10-19 ACC) evened the series 1-1 against the Tigers (33-22, 14-14 ACC), who saw their 11-game winning streak over Boston College dating to 2010 come to an end.

In the top of the third inning, Joe Cronin belted a two-run double, then Chris Shaw lined a run-scoring single to give Boston College a 3-0 lead. The Tigers responded with a run in the bottom of the third inning on Chris Okey‘s sacrifice fly.

“We have to win tomorrow,” said Head Coach Jack Leggett. “We have a short night tonight and we need to get our rest and get back down here tomorrow.”

The series concludes Saturday at noon on ESPN3. Eight Tigers will be honored prior to the game in a Senior Day ceremony. Any youth under the age of 12 wearing a youth league jersey or camp shirt receives free admission.