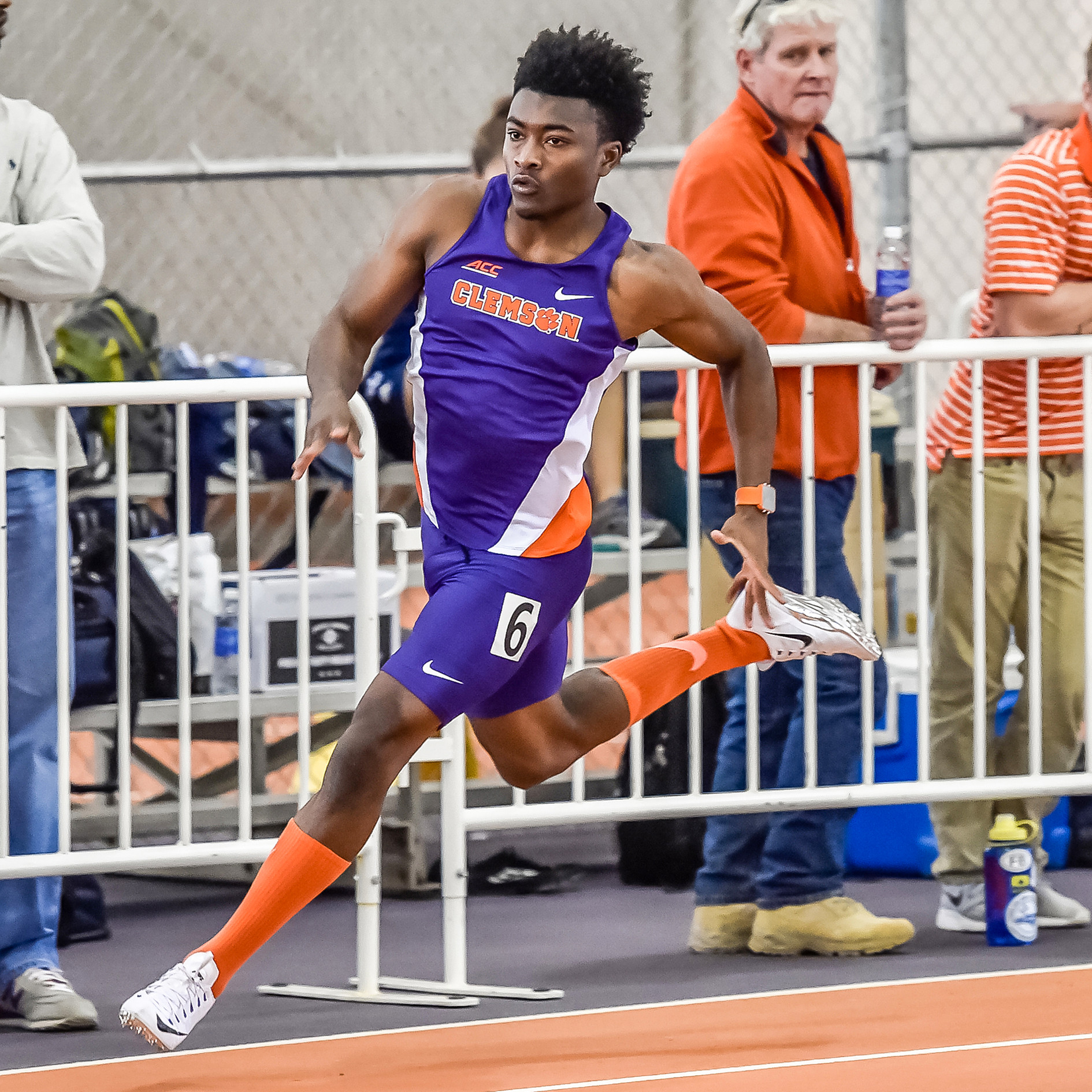 Clemson sprinter Cordell Lamb is a remarkable talent. A “Renaissance Man” of sorts, the ever-humble Lamb is soft-spoken and conspicuously calm off of the track, but his relentless work ethic and fiery motivation while on the track have worked wonders for him throughout his career.

From singing to playing football to sprinting, Lamb is a jack-of-all-trades who has made great strides over the course of his tenure with the Tigers, establishing himself as a key veteran force in his junior season.

Despite the fact that track & field has practically always been an integral part of his life, Lamb was not strictly a track enthusiast while growing up.

“I got into track to get faster for football,” he admitted. “My dad told me that if I wanted to be faster on the field, I had to run track.”

The son of a coach and the younger brother of a college football player, Lamb has always been naturally drawn towards the world of athletics, particularly football. A standout running back and cornerback for the renowned Miami Northwestern Senior High School football team, Lamb originally dreamed of following in his brother’s footsteps.

While Lamb and his older brother, Corvin, shared similar athletic traits and backgrounds, with both excelling in football and track, their paths diverged once Cordell made the decision to build his college future around track & field. Corvin, on the other hand, chose to play college football as a running back and return specialist for Louisville. Interestingly enough, if not for Corvin, Cordell may not have ever developed his interest in track.

“I was four years old when my older brother started track. I went to one of his meets and I got on the track and started running. So I started at four years old, and ever since then, I’ve run every year.”

Lamb was precocious, to say the least, and while simultaneously pushing himself to run at a very young age, Lamb was also pushing himself to be successful in another one of his passions…singing. Inspired by his musically-inclined aunt, he discovered his vocal gift as a youngster and proceeded to sing in the church choir throughout his childhood.

“I’ve been singing since the age of two. I taught myself how to sing, and I would love to continue to sing in the future.”

While singing never lost its luster, at times, the taxing nature of being fully involved with two different sports made Lamb question his devotion to track. Always heavily impacted by his family, he credited his grandfather for encouraging him to stick with running, and Lamb’s decision to follow through on his wise grandfather’s wishes proved to be life-changing.

“My grandfather, Prince Reed, was one of the reasons why I continued to run track in high school, because I was going to stop and play football. But he encouraged me to keep running track, so I did.”

From sprints to hurdles to distance races, Lamb showed out in each event that he took part in while participating on club teams, letting his love of running propel him to greatness. Going on to earn the second-fastest time in Florida en route to winning the Golden South Classic’s 400m race, Lamb had quite the accomplished high school career.

In the process, he caught the attention of the Clemson coaching staff, helping make Lamb’s dream of competing for a prominent college program a reality. Aware of the great accomplishments that Miami Northwestern Senior High School alum Brianna Rollins garnered while competing for Clemson, Lamb had mutual interest in the Tigers during the recruiting process, and the rest, as they say, is history.

Lamb fine-tuned every aspect of his personal and athletic life, diet and exercise routines in order to reach his full potential on the track, which has paid substantial dividends. Along the way, having the support and guidance of assistant coach and quarter-mile event specialist Althea Thomas has worked wonders for Lamb, as their relationship has changed his outlook on what it means to be a track & field athlete.

“Coach Thomas has made me look at track a lot differently than I did in high school. At first, I was doing it just to get into school, but working with her made me take it more seriously and have bigger aspirations for the future.”

While at Clemson, Lamb has found his niche in the 200m and 400m races, which he considers to be the lifeblood of his track & field foray. With impressive times registered in those events, Lamb has developed a reputation as one of Clemson’s most versatile and competitive sprinters. A catalyst on Clemson’s relay teams, Lamb has helped lead the 4x400m squad to three consecutive victories at the ACC Indoor Championships, in addition to a berth in the NCAA Championships last outdoor season, where the group placed fifth.

Earning the prestigious honor of having the opportunity to compete for Team USA in 2015, Lamb ran a personal-best 46.47 to win the 400m title in the USA Junior competition, which enabled him to then compete at World Juniors. Though his accomplishments would certainly be deemed above and beyond satisfactory for any amateur track & field athlete, Lamb is far from finished and has even greater goals in mind for the remainder of his Clemson career.

“Every year, I seem to improve on the places I get. Before I graduate, I want to earn a national bid and get on the podium.”

If his steady ascension as a Clemson competitor is any indication, those goals should definitely be attainable for Lamb, who has embraced the all-in nature of Tiger athletics with open arms throughout his proliferation as a budding superstar on the track.

That process is the culmination of an entire body of work that has led to this point in Lamb’s career. Whether it be running, singing or a multitude of other interests, Lamb decided at an early age to take it upon himself to be the best he can be in everything that he is passionate about, and by continuing to chase the process, Lamb is certain to find himself atop life’s podium when his journey is all said and done.